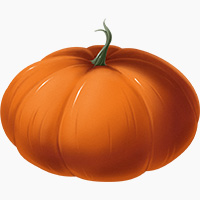 October means it’s officially Fall – and officially pumpkin spice season for the gourmet coffee addicts of the world. But even though pumpkins and spices are perfectly Paleo-friendly, pumpkin spice syrup from the coffee-shop-that-must-not-be-named is officially out. Sorry.

Instead, here are 25 ways to get your pumpkin spice fix with real food. Scroll through the list at your leisure, or jump down to your favorite category:

Even if you’re avoiding dairy, you can still enjoy a Paleo-friendly pumpkin spice latte made with your favorite non-dairy milk! Or maybe a cold drink is more your style – in that case, why not try an iced coffee, smoothie, or pumpkin spice shake?

Here you’ll find all the options for smooth-textured treats that you eat with a spoon, not out of a cup – it’s like pumpkin pie with just the good stuff! These are especially good options for anyone trying to avoid nuts. 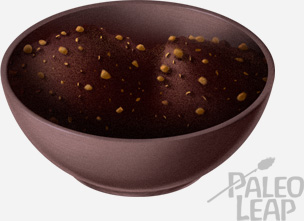 If you really want something to munch on, try one of these Paleo-friendly baked goods! But just be aware that eating a bunch of nut flours as a staple food isn’t the biggest favor you could be doing for your health. Coffee with a few tablespoons of coconut milk and pumpkin puree is perfectly fine for every day; almond-flour Paleo muffins should be saved for a special treat.

But now that the buzzkill’s over, here’s your Paleo baking extravaganza!

So…what’s your favorite pumpkin spice treat? Did we miss anything big? Let us know on Facebook!