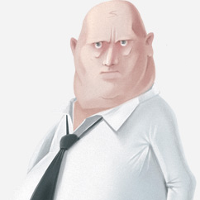 Boredom eating: we’ve all done it. On long car trips, stuck in airports, at home on Tuesday night with nothing to do…for some people, boredom just triggers an irresistible itch to reach for food.

Personal trainers and nutritionists the world over will tell you not to eat when you’re bored. But this advice is useless without an alternative. When people are bored, they have a psychological need that isn’t being met. If food isn’t a solution to that need, at least it’s a band-aid. In the absence of a solution, most of us will reach for the band-aid. Whether or not we “should” is beside the point. The fact is that most people will, and getting all moralistic about it doesn’t help anyone actually get healthier.

So here, we’re starting with what boredom really is and why people eat when they’re bored, and then moving on to what you can do about it.

Here are a few things that research has shown about boredom:

The root cause of boredom isn’t empty time, or repetition, or having to do any one particular thing. The real cause of (most) boredom is a feeling of meaninglessness. That’s why two people can be in the exact same class, but one person finds it boring and one person finds it interesting. The bored person thinks the class is pointless and silly; the interested person thinks it’s relevant and important. Pointless or meaningless things are boring, even if they’re new. Meaningful things aren’t boring, even if they’re repetitive.

But if boredom is a problem of meaning, why do people eat when they’re bored? Eating isn’t terribly meaningful (in the meaning-of-life sense) to most of us.

Boredom Eating is a Band-Aid

Several studies have shown that boredom is a very common reason to eat junk food. These researchers found that…

Other studies have found that boredom is a big player in emotional eating, and in fact that it’s one of the most common triggers of emotional eating. It may also be involved in binge eating.

Junk food can distract you from a boring situation…but it’s only a distraction, not a solution.

Junk food is basically a band-aid that distracts us from whatever boring (meaningless, pointless) situation we’re in. It doesn’t actually fix the problem, because junk food isn’t very meaningful for most of us. But it does provide a distraction and some kind of sensation. People who are bored are looking for sensation – any sensation – to distract them. This study found that people would literally sit there and give themselves electric shocks when they were bored, just to feel something.

If you were sitting in your boring office job giving yourself electric shocks, people would probably start talking. But as a band-aid for boredom, food fits very well into the modern lifestyle:

Food is a cheap, easily available kind of sensation that you can experience whenever you have “nothing to do,” or even while you’re doing some boring job that you have to do. The modern world traps a lot of us in boring jobs, and then makes it very easy to self-medicate boredom with food, and so food is what we use.

The thing about boredom is that most of us can’t just be bored, have a distraction available, and not take advantage of that distraction. Eventually, we’ll all cave. That leaves three ways to stop boredom eating:

If you’re Bored Because you Have “Nothing to Do”

Step 1: learn to get comfortable with empty time. There will always be times in your life (plane rides, long highway trips…) when you don’t have outside entertainment. Phone batteries die, books aren’t always available. But having “nothing to do” doesn’t have to be boring.

Being able to enjoy time alone with your thoughts is a rare skill – getting rarer in the age of smartphones – but if you can do it, you’ll free yourself from the fear of “nothing to do.” It can be very uncomfortable at first, but stick with it. Watch a tree outside, listen to the birds, or lie back in the grass and see where your thoughts wander. Tell yourself a story, or just chew on whatever question or problem comes to mind. You might be surprised by how relaxing and interesting it actually is!

Since this is a Paleo site, here’s a bit of evolutionary perspective: our brains aren’t actually designed to be actively focusing all the time or constantly stimulated by phones and iPods, and recent research has shown that mentally “drifting” like this actually has a lot of benefits. Relaxing and doing nothing in particular is a part of our evolutionary heritage – it’s just as “Paleo” as eating meat or avoiding grains.

Once you’re OK with silence and stillness, you can step back and think about what you really want to do, without being tempted to rush for the very first thing you see just to escape the boredom. What “something to do” is actually meaningful to you? What sounds truly interesting, not just like busywork or “killing time” for the sake of doing something? Chances are good that it won’t be junk food.

If You’re Bored Because of What you Have to Do.

Boring classes and office jobs are unfortunately part of modern life. People in the Paleolithic might have done a lot of repetitive things, but they probably didn’t spend much time doing things that seemed totally pointless – if it has an obvious connection to survival for yourself or for the tribe, then it doesn’t seem “meaningless” in the same way that data entry can feel meaningless. Having a job might be “meaningful” in the sense that it keeps the lights on, but the actual work itself might not be very meaningful or engaging.

Assuming that you’ve given the boring situation a fair chance, that you’ve tried to engage with it and find something interesting about it, and that you’ve unfortunately failed, what to do? For some non-food band-aids, try desk toys or finger puzzles to keep your hands busy. Alternately, try music – just like food, music increases levels dopamine in the brain, so it might do the same job of giving your poor understimulated brain something to latch onto.

And One Last Tip…

Get enough sleep. When you’re tired, it’s easy to get bored because you don’t have enough energy to really pay attention to anything properly and engage with it. If you’re well-rested, it’s easier to get into things and find the interesting aspects of a situation, even a situation you expected to be boring.

Most people will take just about any sensation to escape from boredom, but eating is socially acceptable and widely available, so in practice, food is a popular choice. But eating is just a band-aid; it doesn’t actually add any meaning to your life, so it doesn’t solve the root problem of boredom.

Finding “something to do” can help alleviate boredom and prevent boredom eating if that “something” is meaningful to you or enjoyable for its own sake. But it’s also very useful to get comfortable doing “nothing” and just letting your mind relax – having “nothing to do” doesn’t have to be boring. Non-food distractions can help prevent boredom eating in the short term, but if you’re constantly bored, maybe something bigger needs to change in your life.