If you’re not familiar with the concept, it’s all in the name: carb blockers are supposed to stop the carbs you eat from being digested or absorbed. If the carbs in your food never get absorbed, they can’t spike blood sugar and the calories in them never get stored as fat. So effectively, the promise is that you can eat all the delicious bread and candy and pasta that you like, and just pop a pill and the carbs won’t count. It’s even tempting to Paleo followers who’d like to just be less restrictive – maybe get the benefits of keto while still eating fruit and potatoes.

Can that really come in a pill? It’s actually not as obviously nonsense as you might think.

Carb blockers: how do they work?

Some very quick digestion science: when you eat something, your body uses enzymes to break the food down into its individual parts, which your body can then use. You have different enzymes to break down proteins, fats, and carbohydrates. Carb blockers work by inhibiting the production of enzymes that break down carbs. The theory is that if you aren’t making the carb-digesting enzymes, you can’t break the carbs down and use them for energy, so you don’t get any calories from them. Carbs that aren’t absorbed also can’t spike blood sugar, since they never make it into the bloodstream, so in effect they don’t count. They just come right out the other end.

If this sounds familiar, it might be because Orlistat does basically the same thing, but for fat – it prevents your body from breaking down the fat that you eat.

Carb blockers are NOT the same as supplements that improve insulin sensitivity or otherwise regulate your body’s response to carbohydrate. The point of a carb blocker isn’t to reduce blood sugar spikes in response to eating carbs, or to improve insulin sensitivity. It’s to keep carbs out of the bloodstream entirely so that they never have the potential to raise blood sugar and no insulin is necessary to deal with them.

Carb blockers also aren’t stimulants, unlike most of the the notoriously dangerous weight-loss supplements. They don’t work by forcing your body to burn more calories; they work by stopping the carbs/calories from getting into your body in the first place.

Carb-blocking compounds come from all kinds of plant extracts (or synthetic imitations of plant extracts). There are a lot of different extracts, so here’s a quick look at the major players and what evidence there actually is that they work.

This study goes into four different types of carb blockers:

Other studies have examined components of buckwheat (moderately successful in rats), rice (unsuccessful in mammals, although if you’re a diabetic insect you’d be in luck),seaweed (moderately effective in mice with liver disease), oats (apparently effective in grain moths), and potatoes (in test tubes), among other plants. These aren’t common in commercial supplements and definitely need more research before humans start eating them. 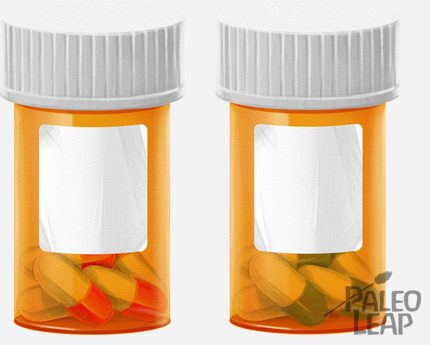 So how well does this stuff work? As this study reports, phaseolus vulgaris extract inhibits the absorption of up to 20% of consumed carbohydrates – not all of them, not even close to half of them. The inhibitory action also depends a lot on the manufacturer of the extract; some manufacturing processes are more effective than others. The safety and purity of the phaseolus vulgaris extract also depends a lot on the manufacturer. The study notes that the most common brand, called Phase 2, is among the safer types.

Unlike a lot of other carb blockers, there have been a bunch of studies in humans that measured actual weight loss when people take phaseolus vulgaris supplements. A review and meta-analysis of the Phase 2 brand found that people who took the supplement saw roughly 1 kilogram (2.2 pounds) more weight loss over 4 weeks or more. But that study was funded by the company that makes Phase 2, so it’s really on the border between research and advertising. Other research has found more mixed results, with some studies indicating a benefit and others not really finding much.

Wait, from a bean? That’s not Paleo, right?

Other safety concerns with phaseolus vulgaris

On the other hand, studies on human subjects haven’t found any major side effects, even after a few months of taking the supplements at a reasonable dose. Studies in rats have found no serious adverse effects even with much larger doses than recommended to humans for regular consumption. There are the gastrointestinal side effects to think about – and those might be impressively unpleasant – but unlike stimulant-style weight loss drugs, carb blockers don’t seem to be send-you-to-the-hospital level dangerous.

Other ingredients in carb blocking supplements

Some carb-blocker supplements also include various other vitamins, minerals, and herbal or botanical components. Calcium is a common one; so are blood sugar-regulating botanicals like cinnamon. These aren’t true “carb blockers” in that they don’t stop carbs from being digested or entering your bloodstream. But some of them – like cinnamon and possibly chromium – do have benefits for blood sugar control. Considering that carb “blockers” don’t actually block all or even most carbs from being absorbed, this is a nice bonus. But again, these extras don’t actually “block carbs” from being digested or absorbed, and they definitely don’t prevent you from getting the calories from the carbs.

Then there are the supplements that contain fiber of various types – this is basically useless in terms of “carb blocking.” Fiber can be used to replace other carbohydrates in processed foods, which lowers the carb count of the food, but just taking a fiber supplement after a meal doesn’t magically cancel out or “block” the carbs that you ate.

Carb blockers have come a long way since the first studies in the 1980s, but they’re just not the magic bullet people want them to be. They don’t block all carbs, or even half of them, they very often cause gastrointestinal side effects like diarrhea and gas, and from a Paleo perspective, there are safety concerns about ingredients from beans and legumes.

When even the most favorable studies can only find a 2-pound average benefit for weight loss with long-term use, that’s just not a great use of your money. It would be great if we did have an easy answer that would effortlessly provide the benefits of keto while you wolf down plates of potatoes, but that pill has yet to be invented, if it ever will be.