Fair Warning: If you’ve gotten through life up to this point without learning what an enema is, do not read this while eating.

The basic concept of an enema is simple: force some liquid (water or other liquids) up through the anus into the colon. This softens any stools in the colon and triggers the normal muscle contractions that expel feces from the colon. Basically it’s a way of cleaning out the colon really, really well. Usually people use a syringe with a blunted tip to push the liquid in, or they use an enema bag that hangs up above the body and uses the force of gravity.

You wouldn’t think this would be the quack therapy of choice for people trying to make a quick buck off desperate cancer patients, but enemas are the subject of a baffling amount of nonsense and snake oil, especially once you move past ordinary water and get into the exotic stuff like coffee. The idea of “cleansing” the colon must feed into some kind of primal human anxiety or something, because we’ve certainly invented a lot of weird nonsense on that theme.

But even they’ve been abused in the name of “detoxification” and curing everything from AIDS to cancer, enemas do have legitimate uses supported by actual research, and for people with constipation, they can be a valuable tool. Here’s a look.

Enemas and the Problem of Quack Medicine

Before actually getting into the potential benefits of enemas, it’s time to stop and dispel a few myths about “colon cleansing.” Whatever enemas might do, they don’t “cleanse” “toxins” from the colon, and they definitely don’t cure cancer or make you immortal by doing that or anything else.

“Colon cleansing” is a particular branch of alternative medicine that advocates regular enemas as a way to cleanse the colon of “toxins.” This can seem very persuasive: it feels kind of logical that the colon would be full of gunk, especially if you eat a lousy diet. Taking an enema does tend to result in very dramatic amounts of waste, and it’s just uncomfortable enough to feel like it’s really doing something important.

There’s no evidence at all that “flushing” or “cleansing” the colon has any benefit for healthy people beyond your body’s built-in methods of waste disposal.

And in fact, colon cleansing can be dangerous, especially if you use something other than water. Coffee enemas are the most notorious: do you know what it feels like to burn the inside of your rectum? Because with a coffee enema, you could find out! Or perhaps you’d like a lovely case of proctocolitis, painful inflammation of the colon and the rectum. People have died from this stuff, so why does anyone do it?

The claim for coffee enemas is that they “stimulate” the liver or help you “detoxify” more quickly. It’s true that the liver is the major organ of detox in the body, and it’s true that a good diet can help the liver do its job, but “a good diet” as far as your liver is concerned means “healthy fats and minimal fructose going into your mouth,” not “room-temperature coffee going up your anus.” (Read more about Paleo for liver health here.) There’s no scientific evidence that coffee enemas do anything to speed or assist detoxification.

Coffee enemas might make you feel good, because they do contain caffeine. This study found that a coffee enema raised blood caffeine levels, not as much as a cup of coffee, but enough to be notable. Caffeine is a stimulant, an appetite suppressant, and a mood booster. But you know how else you can get those effects? Drinking a cup of coffee. There’s no benefit to putting it up the other end.

The title of this study says it best: the theory of colon cleansing is “a triumph of ignorance over science.”

So What do Enemas Actually Do?

That was the quack takedown. But remember from above that enemas do actually have their uses! It’s just that their uses have nothing to do with “cleansing” “toxins” from the colon, curing cancer, curing HIV, curing obesity, or anything else.

What enemas can do is offer reasonably safe (provided you’re using plain water and not coffee) and effective occasional symptom relief for  constipation. Even in people who eat well, chronic stress and other lifestyle factors can cause constipation, and occasional stressors like traveling just make it worse. And constipation can easily become a vicious cycle where hard, dry stools make it painful to defecate, which makes all the muscles in the area tense up, which adds to the constipation. Enemas can soften stools and induce bowel contractions – basically, they break that vicious cycle.

Enemas are very effective at inducing a bowel movement, so they’re a good tool for occasional relief, especially for functional constipation (constipation with no apparent reason – there’s no physical problem, but the person is still constipated). A long-term study found that 34% of patients with functional constipation got relief just by using enemas. That doesn’t sound great, but this kind of constipation is so widespread and so tricky to treat that 34% is nothing to sneeze at! 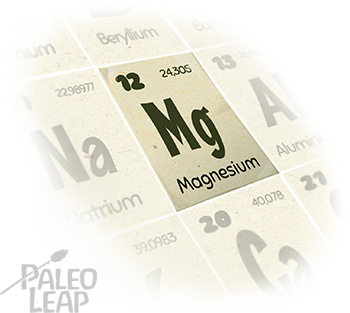 Magnesium supplements are also a gentler alternative to enemas and help relieve chronic constipation. Magnesium is a better choice for long-term use.

Of course, this is all assuming that you’ve already tried less invasive things like eating more fat, eating more fiber, drinking more water, and getting regular exercise. Obviously, that stuff comes first  (for one thing, it’s much easier and less unpleasant than taking an enema). But for occasional times when other remedies just aren’t cutting it, an enema can help break the vicious cycle and put you on the road back to normal bowel movements under your own steam.

On the other hand, there are reasons why some people shouldn’t take enemas – Inflammatory Bowel Disease is one of them, and so are some heart conditions. If you have a serious disease, see your doctor before trying an enema. Taking enemas on a regular basis can cause electrolyte imbalances – if you have a problem so severe that you need enemas constantly, go to a doctor.

Another potential problem is damage to the gut biome, but here it’s hard to say exactly what’s going on. Some studies have looked at the effect of laxatives and orally-ingested cleansing agents on the gut biome, but there’s not much there for enemas.

If you want a reasonably safe and quite effective treatment for occasional constipation, an enema might be a good solution for you. They’re very cheap, they’re safe to administer at home as long as you stick with water, and they generally do work. There’s some discomfort and cramping involved, but water enemas usually don’t have serious side effects.

On the other hand, if you’re looking for a way to “detoxify” your colon…stop. The human body does detoxify itself, but that mostly happens in the liver. There are ways to support that with diet, but they involve eating healthy fats and avoiding excess fructose, not taking coffee enemas. Coffee enemas can be very dangerous and there’s no real evidence proving that they have any health benefits to justify the risks.