There’s a big problem with talking about fluoride, and it’s the same problem with talking about GMOs and vaccines: once they make up their mind on the topic, most people refuse to even consider any argument that doesn’t align with whatever they already believe. If they’re presented with facts to the contrary, they explain them as bad science or even a conspiracy, or just outright ignore them and try to pretend they don’t exist.

If you already have a strong opinion on fluoride, nobody can make you change your mind. But if you’re open to considering the question, here’s a look at the fluoride controversy from someone with absolutely no financial or political stake in either side, just an interest in avoiding cavities and preventing tooth decay.

The History of Fluoride

This article describes the whole history of water fluoridation. In 1901, a Colorado dentist named Dr. McKay described several patients with stained teeth, and proposed that the staining might be caused by something in the water supply. But he also noticed something else: wherever people had the stains on their teeth, they didn’t have cavities. 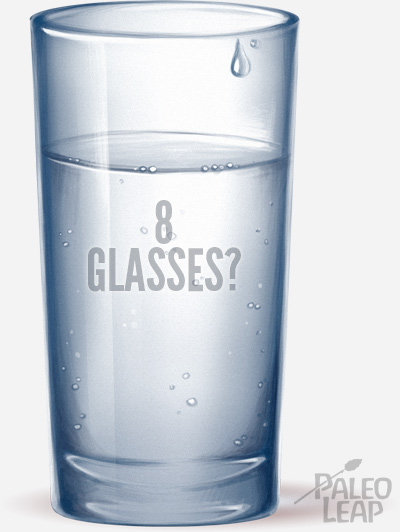 Research on fluoride kept going through the 1930s. In 1945, water fluoridation was introduced at the city level for the first time, in Grand Rapids, Michigan. As a control group for comparison, researchers used the nearby city of Muskegon. By 1951, children in Grand Rapids had half as many cavities as children in the neighboring city of Muskegon, where the water wasn’t fluoridated.

Other cities started fluoridating their water in the late 1940s. Today most people living in the US drink fluoridated water. Literally thousands of studies since then have found that fluoride prevents cavities, especially in children. It would take way too long to link everything, so here’s a page with links to several different reviews; each of the reviews analyzes a bunch of different individual studies.

Since the 1970s, most toothpastes have also included fluoride. But fluoride in toothpaste doesn’t replace fluoride in the water. In 2010, well into the fluoride-toothpaste era, fluoridated water still reduced cavities in children. This was also true in Nevada in 2010 and in Alaska in 2011.

Before going into the evidence for benefits and harms, time for a quick reality check:

So how does it work? Fluoride basically protects your teeth from sugar. Everyone naturally has bacteria on their teeth that feed on sugar. When they feed on sugar, those bacteria produce acid. The acid erodes the enamel on the surface of the teeth. Fluoride prevents cavities by helping to replace enamel that was eroded.

Fluoride is especially important for children, who are particularly prone to getting cavities.

It’s one thing to say that fluoride naturally occurs in the water. But plenty of things are natural and also dangerous. Spider venom is natural, and you wouldn’t want that in the water supply. So what’s the evidence that fluoride causes health problems?

It Depends on the Level of Fluoride

Public health officials recommend a fluoride concentration in water of 0.8-1.2 parts per million (ppm), particularly the lower end of that range. This is around the 1ppm "magic number" discovered in the 1930s. Many, many studies have shown that concentrations of 1.5ppm and above cause health problems, which is why the public water supply uses lower concentrations. Studies proving that 1.5+ ppm of fluoride causes harm are not relevant to fluoridated water.

These studies simply aren’t relevant to your drinking water, because the concentration of fluoride is way too high. Nobody is arguing that ultra-high levels of fluoride are beneficial or even harmless. That’s a strawman. With that in mind, take a look at some research.

Fluoride only affects IQ at doses higher than anything found in tap water. Here’s a review. The vast majority of these studies were done in China, India, Iran, or Mexico, and the risks were from extremely high levels of fluoride, much higher than the levels you’ll find in tap water. The real danger in the US is from private wells – namely, the water where the government doesn’t control fluoride. If you look at kids drinking fluoridated vs. unfluoridated tap water, there’s no difference in IQ.

Dental fluorosis is the only side effect of fluoridation with any plausible support in the actual medical literature. Most people do get slightly whiter teeth from drinking fluoridated water. This doesn’t hurt, and it doesn’t affect the structure of the tooth or anything else.

In extreme cases, some people get brownish discoloration from fluoride, but this only happens at much higher levels of fluoride than anything recommended for city water supplies.

Fluoride gets blamed for so many other problems that it would take a book to debunk them all. Big systematic reviews haven’t found credible evidence connecting fluoridated water to anything serious. Here’s one from the UK. Comparing fluoridated and non-fluoridated areas, the study found no change in hip fractures, kidney stones, all-cause death, Down’s syndrome, bladder cancer, bone cancer, or all cancers in general. A CDC report from 2013 found no evidence for any non-dental side effects (the only dental side effect was harmless dental fluorosis; see above)

This report from the National Research Council is often cited by anti-fluoridation activists. The report found that extremely high fluoride consumption caused health problems, including damage to bones and teeth. But again the level of fluoride that caused problems was much higher than the level of fluoride used in tap water. If you actually bother to read the report (apparently most anti-fluoridation blogs didn’t), you’ll see that a lot of the dangerous effects are from unfiltered well water – water that wasn’t put through municipal fluoridation programs.

Maybe, in a perfect world, if everyone avoided sugar and got sufficient amounts of every nutrient and had perfect dental hygiene otherwise, we wouldn’t need fluoridated water. But how likely do you think that is to happen in the immediate future?

And before you argue that people who don’t take care of their teeth deserve the consequences – the biggest beneficiaries of fluoride are children. Lots of kids are born to parents who (for one reason or another) feed them a lot of sugar. That’s not under the kids’ control. Without fluoride, those kids would get a lot more cavities. Do they “deserve” that? Really?

Fluoridated tap water is a safe, reasonably effective way to reduce cavities. It's not dental magic, but there's just no credible evidence that it was a Communist conspiracy, or a government plot to make people docile, or that it causes any serious side effects.