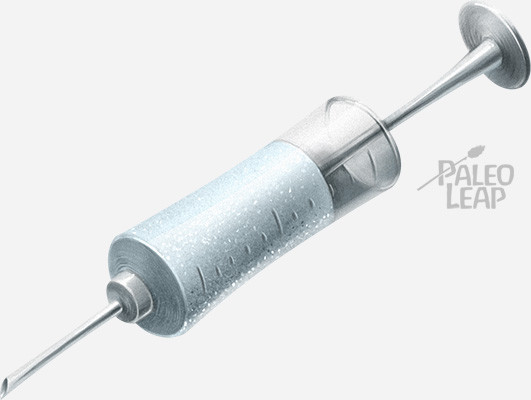 Food addiction is one of the most controversial topics in nutrition. Some people insist that sugar is a drug – we’re a society of addicts and the only way out is abstinence. Other people think the whole concept of sugar addiction or food addiction is nonsense, and the real danger is in making people unreasonably afraid of certain foods instead of helping them eat them in moderation. One argument you typically see for Paleo is that it eliminates “addictive” foods – but what does that really mean?

In this series, we’ll try to tease out exactly what’s going on here. Here’s an outline:

This is Part 1; check back next week for Part 2!

Just so you’re forewarned: this part of the series has more questions than answers. If you leave a little confused, you’re doing it right – that’s how complicated topics work. These are all questions to bear in mind to avoid getting stuck in black-and-white thinking or logical fallacies: hopefully they’ll all be addressed by the end of the series.

First of all, let’s define what we’re talking about. As defined by its supporters, food addiction is a compulsive fixation on food in general or specific foods (e.g. sugar) in particular that results in maladaptive, life-wrecking type behaviors.

Another example is coffee. Coffee causes chemical dependence and withdrawal symptoms, and some people call themselves “coffee addicts,” but unless their coffee use is ruining their life, they aren’t really “addicts” in the medical sense. A true coffee “addict” would do things like skipping family events to drink coffee alone, or compulsively drinking increasingly ridiculous amounts of coffee despite obvious negative consequences. Most people who drink coffee don’t behave like that: they’re dependent, but not addicted.

Chemical dependence is when you get withdrawal symptoms from something; addiction is when you display compulsive, maladaptive behavior around it. Addictions often focus on substances that also cause chemical dependence (alcohol, heroin, morphine…), so they’re obviously related, but they’re two different concepts.

This is important, because proving that food causes chemical dependence doesn’t prove that it causes compulsive, addictive behavior. It could be like coffee, where most people can be chemically dependent without addiction.

So what would true food addiction look like? Some examples of maladaptive behaviors that might revolve around food:

(For even more details, you can take a look at the Yale Food Addiction Scale)

We’re hardwired to have a very intense liking for food, for a very good and obvious reason: if we don’t eat, we die. The first priority of your evolutionary drives and instincts is to keep you alive, and you’ll die of starvation a lot faster than you’ll die from complications of obesity. For most of human history, getting food was difficult and dangerous. We kept going out there to risk our lives to get it because when we got the food and ate it, the pleasure centers in our brain released neurotransmitters that made us feel good.

How good? Really good. Food “lights up” the same area of your brain (the nucleus accumbens) and releases the same neurotransmitter (dopamine) as addictive drugs, gambling, and sex. That’s enough for some people to declare food (or specific foods) “addictive” with no further research necessary.

But here’s the thing: anything that gives you pleasure lights up that area of your brain. The pleasure you feel from (for example) listening to music, seeing an attractive person, or being in love is mediated through the exact same pathways. If you enjoy sex, you’re getting pleasure from it through the same pathways that you’d get pleasure from drugs; does that automatically make you a sex addict? No? Well then, getting pleasure from food doesn’t automatically make you a food addict, either.

Our liking for food, and the sensation of pleasure when we eat it, is a normal part of human psychology, just like feeling pleasure when you listen to music or fall in love. It’s not a disorder or an addiction.

On the other hand, though, it is possible for things to be “too pleasurable:” to overstimulate those pathways. This causes a kind of progressive “burnout” where normal stimuli are no longer pleasurable, and feeling good again requires more and more of the substance. With foods, we call this “hyperpalatable:” hyperpalatable foods are designed to hit our “I’m lovin’ it!” buttons so hard that real food doesn’t taste good anymore. This is much more interesting from an addiction standpoint – although remember that it still isn’t the same thing as compulsive or addictive behavior.

So the question is not whether food (or anything else) “lights up the same area of your brain as drugs.” That’s a silly question, because it only tells us about pleasure, not about addiction. The real question is whether food, or particular foods, lights up those areas too brightly.

Another question is whether the addiction is to “food” in general, or to specific foods. Food Addicts Anonymous, for example, argues that “We are not addicted to foods in general, but specifically sugar, flour and wheat.”

The Addict vs. the Substance

Another important question: if food in general, or certain foods in particular, are inherently drug-like, then how come some people can eat them without displaying addict-type behavior? People exist who can eat just two Oreos from a package, and then close the package and put it back on the shelf without feeling any angst or despair about it. If Oreos are inherently addictive, why are these people immune?

As you can see, food addiction is a very complicated problem. Simplistic, sensationalizing statements like “sugar is as addicting as cocaine!” don’t help anyone figure it out.

Our big questions to answer about food addiction are:

Check back next week for a look at food, brain chemistry, and chemical dependence!