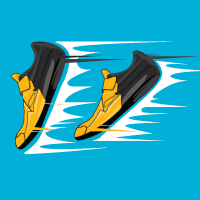 If you go all the way back to the old-school pedometers that just display a step count, electronic fitness trackers have been around for a while. Of course, the new ones of the FitBit/Jawbone/Nike+ era can do all kinds of other cool stuff, but the basic reasoning for wearing some kind of automatic activity monitor is the same.

That’s the pro-tracker argument, and it sounds pretty logical. But from a Paleo perspective, the whole concept raises some problems.

Here’s a look at fitting fitness trackers (from the very basic pedometers all the way up to the latest ones) into a Paleo-based exercise routine, with evidence based on actual studies rather than advertising materials or personal opinion. They do have some limitations, but for people who like them and know how to use them as a tool (you’re the boss of the tracker, not the other way around!), trackers can be motivating and helpful.

Are Fitness Monitors Accurate? Does it Matter?

Various studies have looked at the range of available fitness trackers and found that they vary in accuracy from around 10% off to around 25% off. In this study, the participants had to wear eight different monitors at the same time. Compared to accurate metabolic testing, the monitors gave numbers between 9.3% and 23.5% off. This one loaded the poor subjects down with ten different trackers, and found that most of them were reasonably accurate.

Those studies were just for exercise in the gym; this one gave people nine different gadgets to wear while they just went about their life as usual, and found that the consumer devices were pretty good at measuring step count and sleep time, but not very good for total daily energy burn or quantifying moderate-vigorous activity.

The accuracy varies from person to person. People who walk lightly can get underestimates from pedometers; people who really stomp around might get overestimates. Not all types of trackers measure all types of activity (e.g. cycling is great exercise, but doesn’t “count” on all step counters). As for pedometer apps on your phone, it depends on how good that particular phone’s accelerometer is.

On the other hand, that level of accuracy might be perfectly fine, depending on how you want to use the device. If it’s really important to have the most precise calculation of exactly how many steps you took, none of these devices will work. But does that really matter? If your goal is to increase your activity level, do you care whether your fitness tracker says you’ve gone from 3,000 to 4,000 steps or from 4,000 to 5,000? It’s an improvement either way, and that’s really the goal.

Digging a little bit deeper into that idea of motivation, a couple studies have looked at whether trackers actually do

motivate people to work out. Fairly few studies have actually measured the benefits of the fancy new trackers that can measure everything, but there’s a lot of good stuff if you take a technological step back and look at the old-school pedometers. Overall, the pedometers were motivating, but mostly in people who used them to help meet a specific goal.

This study looked reviewed studies on pedometer exercise for people with diabetes. They found that in ten different studies, pedometers did increase physical activity in the short term, but none of the studies lasted more than 6 months, so it’s not clear if the effect wears off.

This review looked at 26 different studies and found that pedometers were effective in getting people to take more steps, if the people set a goal that they used the pedometer to meet. People using pedometers took about 2,000 more steps per day than controls, which was a nearly 27% increase in physical activity, or around 1 mile of walking. But it only worked for users who set a specific step goal. In the studies without a step goal, the pedometer group didn’t significantly increase their steps.

Even if your tracker over- or underestimates your physical activity, goals can still help you improve relative to yourself, which is really what matters in the end.

You are the Boss of the Tracker, Not the Other Way Around.

The importance of goal-setting and using the tracker to meet a goal – even if it’s basically just an arbitrary number based on “more exercise” – really highlights the way these types of trackers fit into Paleo: they’re one tool among many, and they’re definitely not the boss.

Fitness trackers measure and reward you for calories burned, miles run, pace maintained, and other things that can be measured with a heart rate monitor and an accelerometer. They can’t measure flexibility, mobility, or how much joy you take in moving. They can’t understand that sometimes it’s physically and psychologically healthier to take the day off from “exercise” and play a game of frisbee. They can’t understand or reward you for taking a day off when you’re sick and your body needs to rest.

A healthy, active lifestyle includes taking days off, and sometimes substituting fun workouts that you want to do for more intense workouts that make your FitBit happy.

You are the boss of the fitness tracker, not the other way around. Use it when it’s helpful, but don’t let the motivation turn into a guilt-trip for not working out when your body just isn’t up to it. Not every tool is right for every person: if it makes you feel insane, sell it secondhand or give it to someone who actually finds it helpful.

Summing it Up: Are Fitness Trackers Paleo?

Wearable fitness trackers can be wearable motivation and an easy way to simplify workout tracking and spot long-term patterns. Or they can be a wristband-shaped guilt trip that encourages a completely disordered fixation on calories and working out to get the reward from the tracker even when your body isn’t ready to work out.

The Paleo approach is basically to get the pros without the cons: set a specific goal (otherwise, studies show that the tracker is unlikely to motivate you to move any more), and use the tracker to help reach it with the focus on improving relative to your past self, not perfect precision. And there’s also a time and a place to turn the darn thing off and refuse to care about how many steps your snow fight with the dogs technically “counts” for, or just relax and let your body recover from the flu with a soothing, 2,000-step day.