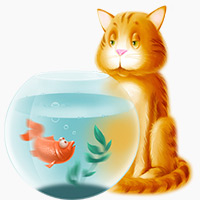 What is willpower? At the most basic level, it’s obeying your rational mind (the part that understands things like long-term consequences and abstract ideas of right and wrong) over your drive for getting pleasure and avoiding displeasure right now. When you drag yourself out of bed on Monday morning, you’re prioritizing the long-term good of keeping your job over the immediate pleasure of sleeping in. More simply, willpower is the power to make yourself behave a certain way even though you don’t want to.

The typical story about sticking to a diet (Paleo or otherwise) goes something like this: dieting is primarily an exercise in willpower. It means you have to be constantly fighting against your desire for unhealthy but pleasurable foods, so it’s a test of your moral strength. People who “have willpower” deserve praise for winning the battle; people who “don’t have willpower” deserve shame for losing it. The corresponding assumption is that thin people must have willpower, while fat people obviously don’t – otherwise, they would be thin.

Every part of this idea is wrong. First of all, willpower isn’t some absolute quality that you “have” or “don’t have;” it’s a skill that you have developed or have not developed. Secondly, successfully avoiding junk food and choosing healthy food instead is only very indirectly related to willpower – thin people aren’t thin because they have the iron self-discipline needed to lock horns with every temptation and win. Nobody can do that. Maintaining a healthy lifestyle depends much more on avoiding the need for willpower in the first place.

Willpower is a Skill

A famous study from the 1960s asked four-year-olds to resist eating a marshmallow for 15 minutes, with the promise of getting two marshmallows at the end if they made it: a classic test of short-term vs. delayed gratification. The kids who failed sat there staring directly at the marshmallow, but the kids who succeeded used a variety of strategies to distract themselves from it (“strategic attention allocation,” in researcher-speak). They stood in the corner of the room, covered their eyes, or otherwise stopped themselves from looking at the marshmallow. Other kids who succeeded on similar tests counted, sang songs, or played with their hair.

The kids who had the willpower to resist that marshmallow succeeded because they behaved differently. The same researcher who devised the original marshmallow test, also found that when he taught the children some distraction strategies, even the kids who failed the first test could hold out for 15 minutes. Their “willpower” was really a learned behavior, not an inborn character trait. So it’s absolutely not true that some people just “have willpower” and other people don’t. Some people have learned willpower, and other people have not.

Successful Diets Minimize the Use of Willpower.

Knowing that willpower is a learned skill and not some mysterious inborn quality gives the lie to one common diet myth – that we’d all be able to eat healthy all the time if only we “had enough willpower.” But that doesn’t mean that we can all be successful at the willpower model of dieting if we just learn enough strategies and tricks.

Mostly, this is because willpower is exhausting. In fact, it takes food energy just like using your muscles – specifically, willpower runs on glucose. After doing a task requiring willpower, our glucose stores are low. On the other hand, ingesting glucose helps improve willpower: in one study, subjects who drank sugar-sweetened lemonade performed better on self-control tasks compared to subjects who drank lemonade sweetened with Splenda. This creates an impossible situation for willpower dieters: to avoid food, they need willpower, but to get willpower, they need food.

Think of your reserves of willpower like a bank. You can make “deposits” into your bank by doing things like eating, sleeping, and doing activities you enjoy. You make withdrawals from the bank every time you have to force yourself to do (or not do) something using willpower. And there’s only one bank – resisting the urge to snap at your boss, choosing unsweetened tea when you really wanted Coke, and forcing yourself to stay focused at work instead of checking Facebook all deplete your available willpower for the day, leaving you with less strength available to stick to healthy food come dinnertime.

Dieting by willpower alone relies on constantly withdrawing from this bank (resisting temptation), without making enough deposits (food) to balance it out. It’s simple math. If you subtract more than you add, you’ll end up with nothing left.

So how do people actually manage to stick to Paleo or any other diet? It’s not because they can somehow make 2 – 3 = 5. It’s because they know how to avoid using their willpower in the first place. Your life is not a marshmallow experiment. You don’t need to set yourself up for this kind of head-to-head confrontation between your will and your temptations. To win the war, avoid the battle.

How to Avoid Relying on Willpower

Willpower is a battle between the present and the long-term. It’s just human psychology to give more weight to things that are right in front of our noses, so we use willpower to make up the difference between the strength of our immediate desire and the strength of our long-term goal. That gives you three options for reducing your use of willpower: prevent the conflict entirely, increase the power of the long-term goal, or decrease the power of the short-term goal (so you need less willpower to make the long-term as compelling as the short-term).

How to White-Knuckle When you Have To

A straight-up battle of your willpower vs. junk food is a last resort, but sometimes you just do have to handle a tray of cookies or a buffet line full of cheesecake. Fortunately, since willpower is a learned skill, you can get a lot better at it with some simple strategies.

Sticking to Paleo isn’t about building up your willpower to some hypothetical point where you can tackle the modern food environment head-on and win. Don’t just sit there staring down the marshmallow. Sometimes you might have to rely on willpower alone, but in the long run, finding ways to minimize your need for self-control is much more effective than trying to defeat all your temptations by sheer force of will.