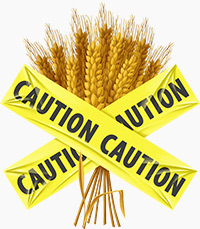 Have you ever been lost for words trying to explain to your non-Paleo friends why you’re not on a “restrictive diet” and you don’t feel miserably deprived at every grain-free meal? It’s surprisingly hard to convince someone else that you’re perfectly happy without a food group they take for granted as the basis of their diet.

Or perhaps you’ve even felt an unwelcome twinge of agreement, or frustration, or longing for a food that you used to love but isn’t part of your life any longer. On an intellectual level, you might think that feeling is silly: after all, Paleo isn’t a “restrictive diet” in the sense of calorie-counting, constant hunger, or bland “diet food” that tastes worse than the cardboard box it came in. It’s only boring if you make it boring. But feelings don’t go away just because we know they’re not logical.

So is there anything to this idea that Paleo is restrictive? Is it just your inner 5-year-old coming out to play, or do the critics actually have a point?

What Is a “Restrictive Diet”?

To help sort this all out, try starting with just the strict dictionary definition of “restrictive:” something that limits your options. Not all limits are bad. Laws against drunk driving are “restrictive” (they limit your options), but they make us all safer on the road. When you set yourself a budget, it’s a “restriction” (since it means you can’t just go out and buy whatever random expensive luxuries you might want), but ultimately it’s a benefit, because it makes your future more secure and reduces financial stress.

If you look at it from this strictly neutral perspective, it’s pretty clear that Paleo is a restrictive diet. By choosing to eat Paleo, you’re choosing to put limits on your own behavior, just like setting a budget. You’re eliminating several entire food groups (grains, legumes, and potentially dairy) that are dietary staples for everyone around you. You’re cutting out more foods (sugar, seed oils, most additives and preservatives) that are in almost everything at the supermarket. In the completely neutral, no-judgment-implied sense of the word, Paleo is indeed restrictive. It limits your options. That’s what restriction is.

But being restrictive in this purely technical sense does not mean that Paleo is “restrictive” in the deprivation-and-misery way that a 1,200-calorie diet is “restrictive.”

Think about it like driving a car. When you get behind the wheel, you agree to follow all kinds of restrictions. You can’t just drive all over the road; you have to stay in your lane. You have to stop at red lights – even when the intersection is empty and there’s nobody to stop for – and wait until they turn green. You can’t just stop your car in the middle of the road and get out; you have to go find a parking spot. There are speed limits, BAC limits, rules for merging and passing…all these things limit your behavior when you drive.

Does that make them bad? No, because the restrictions give you even more freedom: the freedom to drive where you want. If we didn’t have these laws, everyone but the craziest thrill-seekers would be too afraid to get on the road! So the restrictions are necessary in order to get the freedom of movement that comes with driving.

If you ate a Standard American Diet, your food choices would be unrestricted. But would your life be restricted by chronic pain or joint issues? Would your time be sucked up by the medical requirements of a long-term disease? Would your social interactions be dominated by health issues?

Why Does the Difference Matter?

If the restrictions of Paleo are really just a path to even better freedoms, why insist on calling it restrictive at all?

First of all, because it’s always more honest to call a spade a spade. And it’s more useful in conversation, too. If you’re talking to a friend, and you try to claim that a grain-free, legume-free, dairy-free diet is “not restrictive,” you’re going to get laughed out of the room, and nobody will be open to hearing what you actually have to say about the freedoms that come next.

But more importantly than influencing people, acknowledging that Paleo is restrictive means being honest with yourself. If you’re sitting at the family dinner table trying to persuade yourself that you’re passing up the rolls, the stuffing, the chocolate pie, the cookies, the pasta, or the sandwiches, but that all this is not because of your dietary restrictions, sooner or later you’re going to call your own bluff. Choosing not to eat junk is a kind of restriction: it’s a choice that limits your options.

It doesn’t have to feel like a deprivation to acknowledge this choice: in a lot of ways it’s actually very liberating. It lets you make peace with reality, instead of fighting it. That’s why it’s better to stay calm, not get defensive, and realize that it’s okay to choose some restrictions in your life, if those restrictions are getting you something more important down the line.

So is Paleo restrictive? Technically, yes.