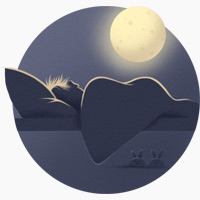 Sleep is one of those areas that even the most health-conscious eaters sometimes brush off with a guilty look and another cup of coffee. We all know we should sleep more; every other week there’s a new study connecting sleep deprivation to diabetes, or obesity, or heart attacks, or early death, or some other dire consequence. But realistically speaking, there just isn’t time!

That’s where polyphasic sleep – potentially – comes in. Polyphasic sleep is any sleep schedule except the standard 8 hours in a row. This can help you fit more sleep into the time you actually have, by rearranging your sleeping schedule to maximize the benefits of your sleep. Alternately, it can help you improve the quality of your sleep: if you obediently bed down for 8 hours every night but still feel like a zombie in the mornings, it’s worth a try. Some people use it to drastically cut down on the time they spend asleep: this isn’t actually very healthy, but even without scaling back to 3 hours per night, you can still optimize your rest by experimenting with when you get it.

Why Would Anyone Think That’s Healthy?

If you’ve ever watched a cat over the course of the day, you know that 8 continuous hours of sleep is by no means the only way to go. Cats don’t settle down for a third of the day to sleep straight through: they alternate much shorter periods of waking and sleeping as their biological cycles drive them. Many other animals sleep the same way – and human babies do it, too (as any sleep-deprived new parent could tell you). So the 8 straight hours of unconsciousness that adult humans insist on is comparatively pretty weird.

There’s also some historical and genetic evidence that even adults didn’t always sleep like that. This article details some evidence that before the Industrial Revolution, the most common sleeping pattern was two short blocks of 4 hours apiece, with an hour or so of wakefulness in the middle of the night. During this midnight hour of wakefulness, people read, wrote, prayed, had sex, did small household chores, talked to each other, or simply sat quietly and took the time to reflect. Records of this practice date all the way back to the ancient world: there are even references to it in the Odyssey.

The ubiquitous glow of artificial light and the economic pressure to reduce “unproductive” time spent in quiet thought instead of making money brought a steady decline in this sleeping pattern starting in the late 17th century. But the surviving accounts make a solid case for the idea that before our circadian rhythms got thrown off track by electric lights, humans evolved to sleep, not in one long stretch, but in two shorter segments with a brief interval between.

From a less historical and more scientific perspective, there really aren’t a lot of studies on this – possibly because very few people in the modern world still sleep that way. But there is this study, which shows that when you take away artificial light from modern humans, the pre-industrial sleep pattern is exactly what we do.

We can also see a variation of polyphasic sleep in the “siesta” still common in Latin America. There’s plenty of evidence from brain wave studies suggesting that humans are biologically programmed for a dip in alertness around 3pm. In the productivity-obsessed United States, we handle this with another cup of coffee, but in many cultures around the Mediterranean Sea (especially Spain, Italy, and Greece) the solution is 5-6 hours of sleep at night supplemented with a midafternoon nap. This is another tradition that goes back as far as we can trace it: we have records of midday naps in the Middle Ages and even ancient Rome.

Napping as an alternative pattern of polyphasic sleep has been studied, and the evidence is positive: this review, for example, describes the benefits of everything from the shortest of catnaps to a longer snooze of half an hour or more. It’s obviously a benefit for alertness, but napping also improves memory and helps you consolidate information. And they even have benefits in people who feel well-rested. 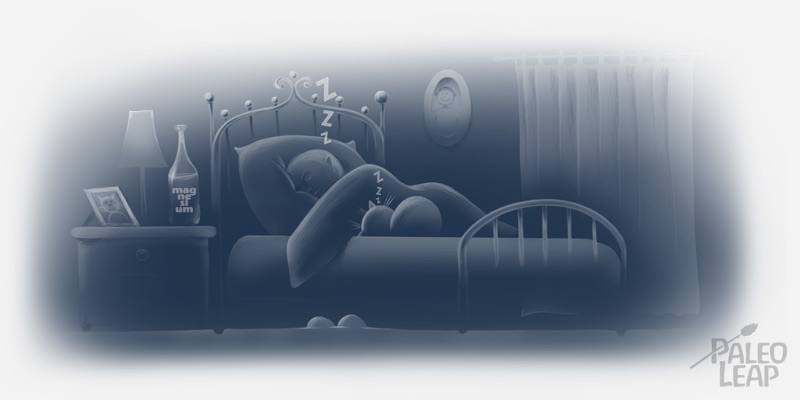 How Can This Help You?

So far, so good: there’s a fair amount of evidence that humans may not be designed to sleep 8 hours at a stretch. But how can this actually carry over to real-world benefits?

Especially considering that the modern approach to sleep isn’t exactly working well (at last count, 56% of Americans got less sleep than they needed on workdays, which caused 1,550 yearly car accident deaths among other problems), it’s worth taking a look at older patterns to see what they can teach us.

But I Have a Job!

It’s one thing if you work in a tiny village in Spain where everything shuts down from 2-5pm for siesta time. And students, workers with flexible schedules, or freelancers who work from home can sleep whenever they like. But for most office workers, a non-traditional sleep schedule sounds like an impossible pipe dream. The 9-to-5 workday just isn’t set up for it, and few bosses are interested in setting up a nap room at the office for employees to take advantage of.

One solution is to go for the pre-industrial schedule (two 4-hour chunks of sleep broken up by an hour in between). Yes, you’re sacrificing an hour of personal time in the evening by going to bed earlier, but you gain it back in the middle of the night, so the net result is neutral. And as for napping, in most of the studies on siestas, even a 20-minute nap was beneficial. So you don’t need 3 hours to lounge around in your pajamas. All you need is 20 minutes.

20 minutes can fit into most people’s lunch breaks (if you have a quiet office or break room to sleep in). Another solution is to simply ask for permission: present your boss with the documented evidence that napping helps increase productivity, and see what response you get. Some bosses, unfortunately, are still stuck on the idea that productivity is measured in face time at your desk, but an increasing number are willing to take a chance and try it out – especially if they can see the results.

By now, you’re hopefully convinced to at least give the idea of polyphasic sleep some consideration. But not all “polyphasic sleep” is the same. There’s another approach that isn’t based on ancestral sleep patterns or evolution; it’s designed to hack your body into needing less sleep in total, through various clever sleep schedules that promise “greater efficiency.”

These alternative schedules are based on a theory about the two stages of sleep: REM and non-REM. REM (which stands for Rapid Eye Movement) sleep is when you dream; it’s the most important stage for feeling “rested,” and it may be particularly crucial for memory and health. In an 8-hour night, most people get about 80-100 minutes of REM sleep, with the rest being non-REM sleep.

The idea behind the “efficient” polyphasic sleep schedules is that REM sleep is necessary and non-REM sleep is just wasting time. By switching to multiple short naps (sometimes as many as 6 naps in a day), you can train your body to fall right into REM sleep and get the good stuff without “wasting time” on the non-REM phases.

It’s true that you can train your body to get straight to the REM stage. But there’s one huge problem with this, though: who says non-REM sleep is wasted sleep? We barely even know what goes on when we’re asleep; we can’t assume that non-REM sleep is “wasted” just because we don’t understand how it works or what it does!

Because they’re based on such a potentially dangerous assumption, these schedules leave a lot up in the air. They also tend to be socially challenging (6 naps in the day means a nap every 3-4 hours; try fitting that into a normal social life!), and many people who try them forget about it when they realize that it’s extremely difficult to do something as simple as spending a day outside their own home.

If you do want to experiment, go for it – but don’t get tied up in the idea that skimping on sleep is healthier if you do it in specially-timed intervals. Plenty of studies (especially from the military) have shown that multiple short naps are better than no sleep at all, but “better than nothing” does not mean “ideal!”

Hopefully, this article gave you something to think about when it comes to that perennially neglected aspect of our health, sleep. Even though it’s just as important as eating well, sleeping well often gets lost in the shuffle of busy schedules and overcrowded to-do lists: maybe a polyphasic sleep pattern can help you fit enough restful sleep into your schedule better than one 8-hour block. Or perhaps it’s just a confirmation of something you’re already doing. If that’s the case, keep it up: it’s a great sign that your circadian rhythms are right on track, and that your body is really getting the rest it needs for long-term health.