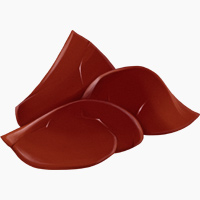 One of the common justifications for eating a low-carb diet is that the human body has a limited ability to store carbohydrate. The main storage form of energy for humans is fat, not carbs.

According to some low-carb theories of weight loss, any carbohydrate that you can’t store gets turned directly to fat in a process called de novo lipogenesis:

Put that all together and you get de novo lipogenesis: creation of new fat from something that wasn’t fat to begin with (carbohydrate, in this case).

“Making new fat” sounds really bad, but it’s not actually that simple. Not all carbs are the same, and not all high-carb diets are equivalent. De novo lipogenesis is a great reason not to eat a typical high-fat, high-sugar, hypercaloric American diet, but it’s not a reason to avoid Paleo-friendly carbs from whole foods.

There’s plenty of evidence that high-carb, hypercaloric diets (diets that supply a calorie surplus) increase de novo lipogenesis. But if you crunch the numbers, de novo lipogenesis isn’t the primary driver of weight gain from these diets.

Several studies have found that you can increase people’s rate of de novo lipogenesis by feeding them a lot of sugar to create a calorie surplus. For example, here, the researchers fed healthy men 125% of maintenance calories (a 25% calorie surplus), with the extra calories from fructose. Their blood sugar went haywire, de novo lipogenesis increased sixfold, and their triglycerides skyrocketed. Here’s another one, for the ladies this time. In healthy lean and obese women, 50% overfeeding with either sucrose (table sugar) or glucose raised de novo lipogenesis to 2-3 times the women’s normal rate.

To increase de novo lipogenesis, a diet has to have two features:

Carbohydrate overfeeding increases de novo lipogenesis and fat storage. But how significant of a contribution does this actually make to body fat gain?

In that second study above, the researchers used sophisticated metabolic techniques to measure exactly how much weight the women gained from fat vs. carbs. They found that the carb-overfed women stored about 282 grams of body fat per day, but only 4 grams of it came from de novo lipogenesis. De novo lipogenesis accounted for a measly 1.4% of their fat gain.

The study also cited various other experiments with carb overfeeding, and they were equally unimpressive, with weight gain from de novo lipogenesis around 5 grams per day, roughly 4 pounds per year. 4 pounds a year just can’t explain the weight gain people see from junk-food diets. If you ate 150% of your calorie requirements every single day, like the women in this study did, you’d gain a lot more than 4 pounds per year.

There has to be something else going on here – and obviously, it’s the 278 grams of fat per day that the women gained from something other than de novo lipogenesis.

This study helps explain where those other 278 grams came from. Basically, the problem is that storing carbs as body fat via de novo lipogenesis is inefficient. By comparison, storing dietary fat in body fat reserves is easy and efficient. These women were eating a diet high in both carbs and fat, and they were eating more calories than they could use, meaning that they had to store some. In that situation, it doesn’t make any sense to burn the dietary fat for energy and then laboriously convert all the carbs to fatty acids for storage. It’s much more efficient to simply burn the carbs for energy and store the dietary fat.

That’s exactly what these women did. Only a little bit of the extra sugar that they ate was actually stored as fat. Mostly, eating a bunch of sugar caused them to store a lot more dietary fat, which accounted for 98.6% of the fat that they gained. De novo lipogenesis was turned up, but that wasn’t a major reason for their fat gain.

This is not a case against dietary fat.

This is the type of “high-fat” diet that causes massive weight gain.

Eating a moderate amount of carbs from whole foods in the context of a Paleo diet simply isn’t comparable to these interventions, but the main point of this article isn’t dietary fat, it’s de novo lipogenesis, so let’s get back to that.

De novo lipogenesis gets turned up during high-carb overfeeding, but it’s not the main reason for weight gain on these diets. But De novo lipogenesis also happens in liver cells, in response to the same types of diets (high-carb + calorie surplus). This causes fat accumulation in the liver – non-alcoholic fatty liver disease (NAFLD). NAFLD is an inflammatory disease that can progress to liver failure and death.

In this study, the researchers over-fed healthy men by 1,000 calories per day on a high-carb diet. Their liver fat shot up much faster than their body fat. And unlike body fat gain, most of the liver fat gain did come from de novo lipogenesis.

There is a good reason to be concerned about de novo lipogenesis, but it’s NAFLD, not weight gain. And again, don’t extrapolate these results where they’re not applicable. To increase liver fat via de novo lipogenesis, you need a high-carb diet AND a calorie surplus. Without the calorie surplus, just eating carbs alone doesn’t have this effect. In this study, subjects ate almost 50% of calories from carbs and still reduced de novo lipogenesis because they were eating at a calorie deficit. People don’t get NAFLD from adding potatoes to a Paleo diet; they get NAFLD from eating a hypercaloric diet full of junk carbs.

That was a tangled-up and confusing bunch of science, so to briefly recap: