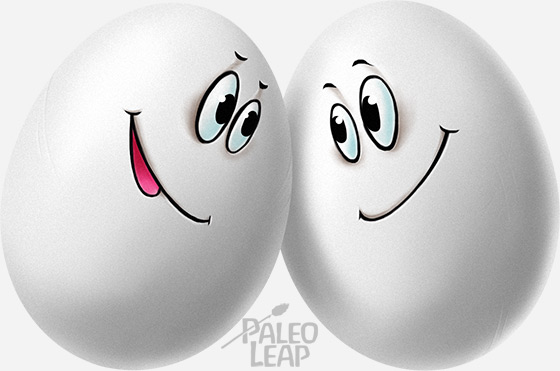 You’ve probably heard of the Roseto effect, the name coined to describe one curious statistic about the otherwise ordinary town of Roseto, PA. At the beginning of the 20th century, people in Roseto died from heart disease half as often as people anywhere else. This didn’t happen in the surrounding towns; Roseto was basically a tiny island of heart health. The only noticeable difference that researchers could come up with to explain the puzzle was social cohesion: Roseto was a tight-knit immigrant community where social bonds were strong and flourishing.

Unfortunately, we now know those researchers were right, because the loss of those social bonds brought the cardiac death rate up to normal. As financial prosperity and social mobility slowly chipped away at the community, cardiac deaths in Roseto slowly rose to meet the national average. It really was their sense of community that had protected them from heart disease, and as they lost that, they got steadily sicker.

That’s bad news for the modern US, because we’re getting more and more isolated every year: by the latest numbers, 25% of adults have nobody at all to talk to about a serious problem or important topic like a divorce or an illness. The most famously lonely people are the elderly, but even younger and working-age adults are getting increasingly isolated.

If we think about the health dangers of loneliness* at all, we tend to think in terms of mental health – and that certainly is a big problem. But loneliness isn’t just bad for your mind; it’s also physically unhealthy in very real and demonstrable ways.

*“Loneliness” here doesn’t mean “being alone.” You can be alone without feeling lonely, and you can be lonely in a crowd of people. Loneliness means that you don’t have enough meaningful relationships to meet your personal needs.

This study looked at the risk of death from all causes for people with strong or weak social groups. The researchers found that after controlling for other variables (age, sex, etc.), people with stronger social networks had a 50% higher likelihood of survival than people with less social support. Social isolation was riskier than obesity, smoking, physical inactivity, heavy drinking, hypertension, and air pollution exposure.

Here’s the chart from the study showing the relative risks of various different things (source). The longer the bar, the riskier it is to make the unhealthy choice in that category. So for example, "smoking" shows the dangers of smoking; "physical activity" shows the dangers of NOT exercising. 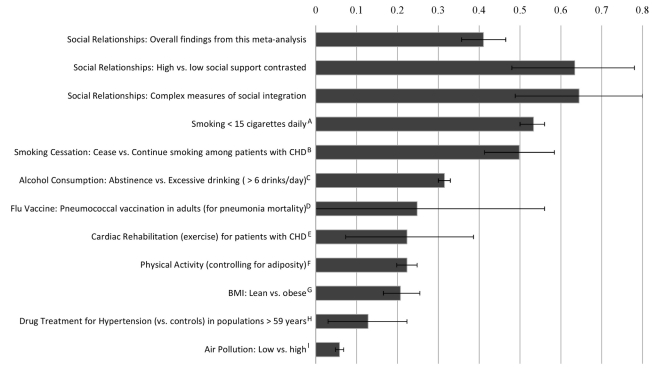 All other things being equal, if you’re obese but have a strong network of friends, you have a lower risk of death than a thin person without that support. If dieting makes you lose your social ties, you would have been healthier without the weight loss.

So how does that actually work?

So how does this translate into actual diseases? Take a look…

Remember the Roseto Effect? The people in Roseto didn’t eat particularly well, but they had much lower rates of cardiovascular death thanks to their social ties. Heart disease is one of the biggest killers in the US, but we’ve been focusing on demonizing perfectly innocent nutrients (saturated fat comes to mind) instead of looking at the real causes (of which there are many, but loneliness is one).

This study goes into detail about how loneliness actually causes physical changes that contribute to cardiovascular injury:

Loneliness worsens the inflammatory stress response, which throws the entire immune system out of whack.

Loneliness can even affect recovery from certain kinds of cancers:

In other words, if you really like feeling sick all the time and just can’t wait to die of chronic disease, the fastest way to make that happen is to isolate yourself from the people around you. On the other hand, if you want a strong defense against diseases and like the idea of staying healthy as you get older, you need close social connections.

Unfortunately, with so many social events revolving around junk food, it can sometimes be hard to balance a healthy diet and a healthy friend group…

Balancing Paleo and your Social Life

Do any of these sound familiar?

Some people never feel this way, and that’s fine. But other people do, and that’s OK too. It’s normal to have trouble navigating social relationships that are based on food when suddenly you don’t eat that food anymore.

If this is you, actively take steps to preserve those connections. Some people have huge success by suggesting activities that aren’t about food, or simply steering conversations away from the menu on to more interesting topics. Other people decide very reasonably that 90% Paleo with friends beats 100% Paleo with only your organic spinach for company.

However you address it, friends are just as important for your health as what you eat – don’t let the quest for a healthy diet endanger your social relationships. Humans are tribal animals: we evolved that way, and we’re built to need certain kinds of social nourishment just as much as we need certain kinds of physical nourishment. Isolation is just as “non-Paleo” as wheat or soybeans, and the consequences are just as dangerous: do your health a favor and make social connections just as much of a priority as good food.