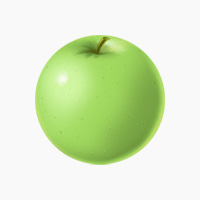 Transitioning to Paleo can be a bumpy ride for anyone, but ex-veg*ns (a term that includes both vegetarians and vegans) can have an especially tough time re-introducing a food group they haven’t even touched for several years. Your digestive system actually adapts to what you eat, so if you eat an entirely plant-based diet for a significant amount of time, meat can be quite a shock to your system.

That doesn’t mean Paleo is impossible, though. It’s just a reason to take it slow, and be smart about re-introducing. So take a look at some of the veg*n-specific challenges and how to beat them.

Vegan diets tend to be lower in protein than omnivorous diets, and are entirely lacking in certain proteins found only in animal foods. This naturally prompts your body to produce fewer proteases (enzymes that digest protein): after all, if you don’t need an enzyme, why would you waste energy producing it just to have it sit around?

The specific enzymes that veg*ns produce less of are:

Your body can start producing these enzymes again if you re-introduce meat, but there is an adjustment period and your digestion may be a little rocky during the initial shock.

You can help your body through this period by going slowly and re-introducing one type of meat at a time. For example, try chicken on Monday and see how you do, and wait until Tuesday to try pork; this will help you figure out if you’re having a reaction to just one type of meat, or to animal protein in general.

Some people also find it helpful to supplement with digestive enzymes and probiotics; this will give your digestive system a boost to help it handle the change.

Like your pancreas, your gut flora also adjust to match what you eat. In this study, for example, vegans had fewer:

As well as their other benefits, all these species also help digest and break down food, and protect the gut against potential pathogens.

Vegans had lower levels of all of these bacterial species. It’s not quite clear yet how important this is to digesting meat specifically, but it’s certainly possible that it takes your gut flora a while to get used to animal foods again after avoiding them.

What to do about this? As well as eating lots of healthy probiotic foods (like sauerkraut and kimchi), taking a probiotic supplement can also help. And make sure to keep eating lots of fiber-rich fruits and vegetables. Even on a Paleo diet, plant foods should take up by far the largest amount of space on your plate.

Whether it’s ethical objections to factory farming or environmental objections to the “unsustainability” of eating meat, a lot of veg*ns are acting from deeply held moral and ethical principles – principles that deserve respect and don’t automatically disappear even if you intellectually know that eating meat is good for you.

The best way to deal with feelings of guilt or shame is to tackle them head on. Don’t try to hide from yourself. To sooth your conscience, it might help to read up on why you aren’t actually making an unethical choice. Some suggestions to get you started:

Then make sure that the meat you’re getting is the good stuff: grass-fed beef, pastured pork and poultry, and wild-caught, sustainably harvested fish. Get it from a local farmer who will let you go out to meet the animals if you like, so you can see for yourself that they’re treated well.

Cook it with love, and remind yourself that you’re doing this to nourish your body. If you feel guilt or self-hatred, acknowledge the feeling and move on (it’s OK if this takes a few tries to actually make it happen). You are doing nothing wrong; you don’t need to hide, and you don’t need to punish yourself for it.

Unless you’re very diligent about supplements, vegan diets are commonly deficient in nutrients found only (or mainly) in animal foods. This can lead to some pretty crazy cravings for different types of meat. Some nutrients that you might be missing:

The solution: eat what you’re craving. If your body is screaming at you for salmon, that means there’s something in the salmon that your body needs. It’s OK to eat more than usual when you’re trying to repair years of deficiency.

For some vegetarians, it’s all about the ethics. But for others, it’s purely a matter of taste. As hard as it may sound to the Paleo crowd, some people honestly prefer a plate of black beans or pita chips with hummus to a steak sizzling in butter. The taste or texture of meat might even be completely disgusting to them.

If this is you, start off by getting very clear on exactly what you can’t stand:

Once you’ve figured out specifically what your issue is, you can start experimenting. Try masking the meat with thick vegetable soups, curries, and chilis. You can introduce this just a little at a time – the first week, just add a very small amount to something you’re used to making anyway, and adjust upward as you get used to it.

Going Paleo for an ex-veg*n is pretty rough – on top of the psychological shift, there are some serious digestive changes to handle. You’re also at a high risk for a few days of intense carb cravings and “brain fog,” since vegetarian diets tend to be high in carbs overall.

On the other hand, some Paleo converts report that they barely have trouble at all – their first Paleo meal perks them right up, and they feel better than they’ve felt in years. So don’t freak yourself out by worrying about all the problems that you might have. Round up a bottle of digestive enzymes and some grass-fed butter, take a deep breath, and give it a try!