Roasted chicken is a classic family recipe: it’s quick, it’s easy, and it even makes leftovers! And roasting a whole chicken is much, much more economical than buying just the breasts. But it’s also easy to get bored of chicken with nothing but garlic, salt, and pepper, maybe with a little basil thrown in. So in the spirit of trying something new, here are 20 recipes that do something different with a whole chicken.

Who said chicken has to be served with gravy and green beans? Try these delicious recipes inspired by cuisines from around the world:

7. Irish roast chicken (Erin Brighton) – note that the page also includes a carrot recipe which isn’t Paleo, but the chicken is.

Spice rubs are all very good, but another way to make chicken a little snazzier is to cook it with some friends. Either as stuffing or as a same-pan side dish, all of these recipes feature chicken with something else.

(Note that some of the recipes call for potatoes. You can leave them out if you like, but there’s nothing wrong with potatoes.)

10. Pesto and avocado-stuffed chicken (Virginia is for Hunter-Gatherers) 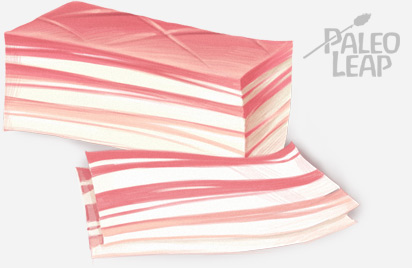 13. Roast chicken with persimmons and sage (Adventures in Cooking)

Ready to get a little experimental? Why not try these new and different techniques for making your bird shine?

Sometimes, new and different cooking techniques don’t fit neatly into one category or another. So here’s a round-up of some excellent “miscellaneous” ideas: browse through and see what interests you!

18. Everything Chicken (Worth Cooking) – yes, like an everything bagel; it’s tastier than it sounds!

19. Country Captain (Saveur) – replace the canola oil with a Paleo-friendly fat, and leave off the rice and peanuts.

20. Porcini-rubbed roasted chicken (Food52) – the chicken itself is Paleo, but note that the pan sauce isn’t Paleo as written, although you could replace the flour with almond flour if you wanted.