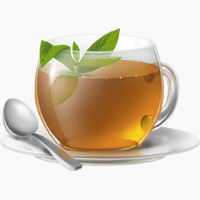 If a solid nutritional plan is key to getting into ketosis, then a solid hydration plan is the key to enjoying the experience once you’re there.

Even mild dehydration impairs memory, reasoning, and cognitive function, causes unnecessary fatigue, and makes you feel generally lousy. On keto specifically, some research also suggests that ketogenic diets increase the risk of developing kidney stones in people who aren’t getting enough water. Not getting enough electrolytes can cause problems including muscle cramps/spasms, headaches, and constipation (this is especially true for lack of magnesium).

Eating keto changes the way your body process water and electrolytes (sodium, potassium, and magnesium). But luckily, once you know how it works, it’s pretty simple to adjust your diet accordingly. Here are 5 things you need to know:

1. You need more water on keto.

“8 glasses a day” is a typical guideline, but it makes more sense to observe your own body’s reaction than to blindly follow a number.

Dehydration is a known side effect of ketogenic diets, for a couple reasons. For example, on keto, you excrete more salt (more on this below). The more salt you lose, the less water you retain. At the beginning, many people also excrete a lot of excess ketone bodies, which is dehydrating. Basically, people eating keto need to drink more water to stay properly hydrated than people on other diets.

On the other hand, slavishly following specific numbers of ounces or liters can also cause over-hydration and electrolyte imbalances. The goal isn’t to have as much water in your body as you can physically fit in your stomach; it’s to have as much as you need.

A good rule of thumb is to drink until your urine is light yellow (although note that if you’re taking B vitamin supplements or a multivitamin with B vitamins in it, this isn’t a great guideline since high-dose B vitamins turn most people’s urine bright yellow regardless of hydration).

2. Electrolytes are just as important as water.

Electrolytes (e.g. sodium, potassium, and magnesium) are key to good hydration because they maintain fluid balance. One big reason why there’s such a thing as “too much water” is that it can dilute the electrolytes in your body: many sports drinks have electrolytes in them to avoid exactly this problem.

Most people are fine with eating more magnesium and potassium, but it’s just as important to get out of the idea that sodium/salt is bad. Being scared of salt or trying to restrict it only makes sense if your whole diet is one hyper-salted processed meal after another. Humans need salt to live, and not getting enough sodium can be everything from unpleasant to dangerous – think weakness, muscle cramping, and a general sense of fatigue and malaise.

On keto, you’re eliminating most of the ultra-salty processed foods that add so much sodium to the typical American diet. Keto dieters also excrete more salt than other people, because by definition, a ketogenic diet is one that maintains low levels of the hormone insulin. When insulin levels are low, your body flushes out more sodium.

All of this adds up to a simple fact: keto dieters need to be aware of their electrolyte levels, particularly salt, and many people benefit from deliberately trying to get more electrolytes. Some easy, low-carb ways to do this:

3. Mineral water is a great “supplemental food” for keto hydration.

Mineral water is pretty pricey, so it’s not an option for everyone. But if it’s in your budget, even occasionally, it can be a great supplemental source of magnesium (a crucial electrolyte, especially for preventing cramps) and calcium (a mineral that’s often lacking on keto, especially for people who don’t do dairy).

Tap water and bottled water do also contain some minerals, although generally less than mineral water.. For example, this study found that about half of tap water supplies in the US provided 8-16% of the recommended daily intake of calcium and 8-31% for magnesium. With tap and bottled water, it’s really more the luck of living in the right place and the main problem is that you might just get unlucky and wind up with mineral-poor water by chance.

Just as a side note: reverse osmosis filtration strips out the minerals, so watch for that on bottles (unless it’s been remineralized by artificially adding the minerals back).

In your first few days on keto, you’ll likely see a massive “whoosh” of water weight leaving your body. This is normal and it’s not dangerous at all. Unfortunately, you do stop losing weight at that pace pretty fast, but it’s nice while it lasts.

The explanation is simple: when your body stores carbs, the stored carbs also hang onto some water. In general, for every 1 gram of carbs you store, you’ll store 3-4 grams of water to go with it. Depending on the size of your body and the amount of glucose that you’re storing, this might add up to multiple pounds of water weight. When you stop eating carbs and burn through all the carbs you have stored, there’s no reason at all to hold on to the extra water, so expect a lot of bathroom trips and a sudden drop in your scale weight!

On keto, even if you’re being smart and careful to get enough salt, you’ll also probably be eating less salt than you would on a typical American diet. Salt causes water retention, so the sudden drop in dietary salt will make you lose even more water.

Of course, if you have one “cheat meal” and eat a bunch of pasta, you’ll gain all that water weight back, but don’t panic: you’ll just lose it all again as soon as you go back to keto. Learn more about water weight here

This still counts as hydration!

In general, research shows that drinking things other than plain water is just as good – even caffeinated drinks are equally hydrating, in reasonable amounts.

In this study, for people who were used to drinking coffee, coffee was just as hydrating as water. This study found the same for tea.

This study found no significant difference in hydration for regular water, tea (iced or hot), coffee, or sparkling water. (Juice and sports drinks also weren’t different, but you wouldn’t be drinking those on keto anyway).

Food can also provide a whole lot of water, especially really “juicy” vegetables like cucumbers (just think of how much smaller vegetables get when they’re dehydrated). Some research has found that vegetables significantly contribute to hydration status.

If you hate the taste of plain water, then sparkling water, tea, coffee (within reason), or other beverages can also help you get to full hydration. Just make sure you don’t rain on your own keto parade by putting a bunch of sugar in there.

These very simple steps can help you avoid a lot of unnecessary misery in the form of grogginess, headaches, brain fog, fatigue, and muscle soreness/cramping.