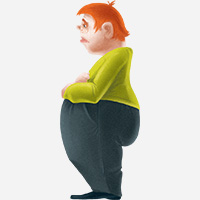 Sometimes it seems like every other day there’s a new headline blaming something else for obesity (plasticizers! Environmental estrogens! Cars! Climate change! Food deserts! Statins! How many causes of obesity can there really be?). But not everything is a secret obesity threat. So take a look at 5 victims of false accusation: there’s no strong evidence that any of these actually cause weight gain or obesity.

These things aren’t necessarily great for you just because they don’t cause obesity. Plenty of things can hurt you without making you fat. Cigarettes actually help people stay thin, but would you take up smoking for your health? Weight and health are different issues. Some of the things on this list are healthful and others aren’t, but the point is that if we’re going to talk about the potential problems with these things, we should talk about the problems that actually exist, instead of making up nonexistent links to obesity.

Sugar-sweetened beverages definitely do contribute to obesity. That’s obvious to everyone except the soda industry and the studies that they fund. But there’s no strong evidence that diet or 0-calorie soft drinks cause weight gain.

Some studies have found that diet soda consumption is associated with higher weight, but the causation here is probably the other way around: people who are overweight switch to diet soda in an effort to lose weight. Using diet soft drinks is associated with dieting, and dieting is a huge risk for weight gain, but the problem is the yo-yo diet cycle, not the soda. As one study put it:

There’s no convincing evidence that diet soda causes obesity, at least not in the amounts that humans typically drink (you can feed a rat an extreme overdose of anything and make it sick, but that doesn’t prove much about humans in the real world).

Refined sugar is its own monster. But carbohydrates from whole foods don’t cause obesity.

Restricting carbohydrates may be very helpful for people who already have obesity. It might be useful as a way to reduce calories that actually plays nicely with human psychology (calorie-counting doesn’t, which is why it’s rarely sustainable in the long term). But people without pre-existing obesity can maintain a healthy weight with a significant number of carbs in their diet: carbohydrates from whole foods don’t make thin people fat through some evil insulin-related black magic.

We’ve all heard the advice to fight weight gain by just making “small changes” like parking at the far end of the lot, or using the bathroom on a different floor. For some reason, people seem particularly hung up on the idea of taking the stairs instead of the elevator, and there are tons of studies about different ways to get people to take the stairs.

But all this is based on a totally false idea that escalators and elevators save enough calories to make a big difference. In reality, they just don’t work that way.

Take this study. The researchers had people either ride an elevator to get to their office, or take the stairs. Riding in an elevator burned 3 calories a day, compared to taking the stairs, which burned 11. So the difference was 8 calories. 8 calories is roughly the equivalent of 2 strawberries, or 1/3 of a medium-sized carrot. You just can’t make people obese by feeding them 2 extra strawberries or 1/3 of a carrot per day. And you can’t cure obesity by subtracting that much from their diet a couple times a day.

Preferring the stairs is perfectly reasonable – maybe you just like the way it wakes you up after a long commute – but it’s unlikely to have any effect on your weight.

A big review just came out on the effects of genetically modified foods. The review covered all kinds of different diseases, but for obesity specifically, the authors found 8 studies in animals that looked at the topic. All 8 agreed that “there were no biologically relevant differences in body-weight gain” between animals eating GMO feed and animals eating non-GMO feed.

Also, the report noted that genetically modified soy and corn were first grown in the US in 1996. But obesity has been increasing since the late 1970s. The timeline just doesn’t match.

Of course, from a Paleo perspective, corn and soy are both unhealthy anyway. But there’s no reasonable evidence that genetically modified corn and soy contribute to obesity any more than any other kind of corn and soy. 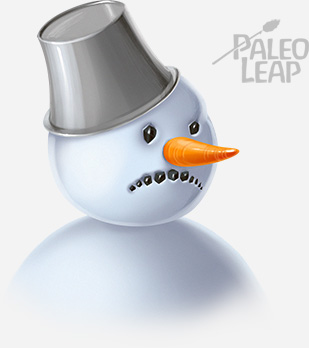 Turning down the heat won’t magically make you thin, unless you make it so cold that you can’t chew your food because it’s frozen solid. And in that case, you’ve got bigger problems.

This idea is probably based on a 2006 study. That study argued for climate control (heating and/or air conditioning) as a cause of obesity basically because they protect us from extreme temperatures:

Let’s start with heating first. The argument that “heating causes obesity” makes no sense at all. Humans have been heating our houses for thousands of years, but rates of obesity only started picking up in the late 1970s, so the timeline doesn’t work. And the evidence from actual studies doesn’t support the idea that being cold has any net benefit for calorie burn. Being in uncomfortably cold temperatures does increase calorie expenditure, but free-living humans in the real world just eat more to compensate, so it evens out. (And no, brown fat and/or beige fat are not the magic bullets that change this). Cold temperatures probably don’t make people thin, and heating probably doesn’t make us fatter.

For air conditioning, at least the timeline makes sense (air conditioning really got off the ground at the same time as obesity rates started rising), but the science still doesn’t support the theory.

There is a lot to be said for the ability to live without air conditioning, in terms of being resilient and not fragile. But there’s no serious evidence that any of this is specifically connected to obesity.