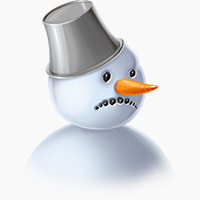 If you were hanging around the Paleo/ancestral health community a few years ago, you probably remember brown fat, the “fat-burning fat.”

If you don’t remember that, here’s a quick review: most of your fat is “white fat.” Brown fat is a special type of fat tissue that helps keep you warm in cold temperatures by burning white fat, hence its reputation as a “fat-burning fat.” Babies have a lot of brown fat, but adults mostly lose ours, except for a few deposits around our back and shoulders. Everyone got really excited over brown fat for a while because thin people have more of it than obese people. The idea was that if we could just somehow promote the growth of brown fat in obese people, they would burn more calories and lose weight without effort.

The problem with that theory: in human studies, brown fat is only “fat-burning fat” when it’s actively regulating your temperature. In other words, you’d have to be cold all the time. Being constantly cold is probably even more unpleasant than calorie-counting, so the initial enthusiasm about brown fat didn’t really pan out.

So Why is it Coming Back Up Now?

But there’s been a renewed wave of interest lately – not so much in brown fat, but in its cousin, beige fat (apparently we all have a whole rainbow of different fats. Anyone else looking forward to hot pink fat? Turquoise fat?). Beige fat has some of the same calorie-burning properties as brown fat, but it’s not the same thing. The two types have totally different origin stories. Brown fat comes from its own precursor cells, but beige fat comes from white fat, or at least from the same precursor cells that create ordinary white fat.

That’s academically kind of interesting, but in practical terms, beige fat is important because it’s much more relevant to adult humans. Brown fat is limited to small deposits, and in humans, it’s basically limited to babies. Adult humans have almost no brown fat. Scientists originally thought we might have some, but it turns out that most of our “brown fat” is actually beige fat.

And we don’t just have beige fat in our “brown fat.” We have it everywhere. Unlike brown fat cells, beige fat cells are scattered all throughout ordinary fat tissue, and even adult humans have a lot of them. This is important, because it could make beige fat more relevant in the real world for adult humans.

But that beige fat isn’t working its fat-burning magic all the time (which is one of the reasons it took a while to pick up on it). Beige fat cells behave like white fat cells until they’re activated through a process called “browning.” After they’re browned, they start to behave like brown fat and burn other white fat for energy.

How Fat Cells get “Browned”

Add “fat browning” to the benefits of regular exercise.

That’s the second interesting thing about beige fat that might make it more useful than brown fat. You don’t necessarily have to get cold all the time to turn on the thermogenic effect. This study has a whole list of things that activate browning:

Some of the most recent research also suggests that browning might be activated by mild stress. Yes, that sounds like the study finding from Bizarro World: stress helps you lose weight? How does that jive with all the other evidence showing that stress wrecks your metabolism and makes weight loss difficult? Actually, it fits just fine. First of all, the study was done in 5 lean women, meaning that it’s so small it hardly proves anything. Even if it does, the study tested small spikes in cortisol, not chronically high cortisol. Nobody was ever claiming that cortisol should be low all the time. It’s very possible that occasional spikes in cortisol are good for you – your own body generates one every morning as a perfectly healthy and natural rhythm.

There are also a few more things, but none that you would do deliberately. Just for example, cancer is really great at “browning” white fat cells, which is one reason why people with cancer lose so much weight. Probably not a strategy most of us would pick voluntarily, though.

It’s Not Just About Weight.

Like brown fat, beige fat does a lot more than body weight. To take one example, it may also help improve insulin sensitivity. Poor insulin sensitivity can cause weight gain, but it can also just make you sick on the inside without any outward sign (there are plenty of thin people with Type 2 Diabetes; you just don’t notice them because they “look healthy” on the outside).

But Hold on for One Hot Second…

So far, so exciting, but we’re forgetting that our bodies don’t have calorically expensive tissues because they want to burn a lot of calories to let us lose weight easily. That’s the exact opposite of what our bodies want. Our bodies want to make weight loss hard, because our bodies evolved to deal with famine, not McDonald’s. The harder it is for you to lose weight, the more likely you would have been to survive back in the day.

Considering that, it’s probably not surprising that activation of brown/beige fat comes with its own compensatory mechanisms. This study is also new, from December of 2015. The scientists running the study exposed their mice to cold. Presto-chango, the mice showed substantial amounts of white fat browning. They immediately became more insulin sensitive and started burning more calories to keep up their body temperature. Exactly what you’d expect. The news here is that…

This study is important, because it’s looking at the long-term effects of cold exposure. A lot of the studies (especially the human studies) are very short-term and limited in scope. This study points to a possible problem: long-term results might not actually follow through on short-term promise.

On the other hand, look back up the page: cold isn’t the only way to activate beige fat. We just don’t know yet whether or how much the body compensates for other forms of beige fat activation.

So Does this Stuff Work or Not?

Maybe. If you’ve been taking advantage of regular exercise and strong social relationships during your weight loss efforts, you might already have been getting the benefits of beige fat activation the whole time. Healthy cortisol rhythms with occasional highs may also be helpful. But the thing is: all those things are healthful anyway, for reasons unrelated to beige fat.

Beige fat isn’t a magic weight loss button that you can push with some combination of sprints, ice packs, and coffee dates. But it might be one really interesting explanation for why these things help with weight loss even though exercise doesn’t burn a lot of calories and social interaction doesn’t necessarily burn any at all.