Cortisol is typically referred to as a “stress hormone,” which makes it sound like it’s something really horrible that you want to avoid as much as possible. After all, stress is bad, right? But actually, it’s much more complicated than that. The real goal isn’t to have as little cortisol as possible; it’s to have a healthy rhythm of cortisol highs and lows.

Cortisol is the hormone that tells you to get up and go. Whenever you feel awake and alert, it’s because your cortisol levels are relatively high. Unless you want to spend all your time with that awful dragging-through-molasses feeling of forcing yourself awake, you want some cortisol in your life!

A healthy pattern of cortisol levels looks like this:

If you’re lucky, your cortisol levels look like that. But if you’re a typical person in the US, you might be looking at that list in disbelief, wondering where this energy spike in the morning is supposed to come from – is there anyone in the world who isn’t woozy and grouchy before their first three cups of coffee? 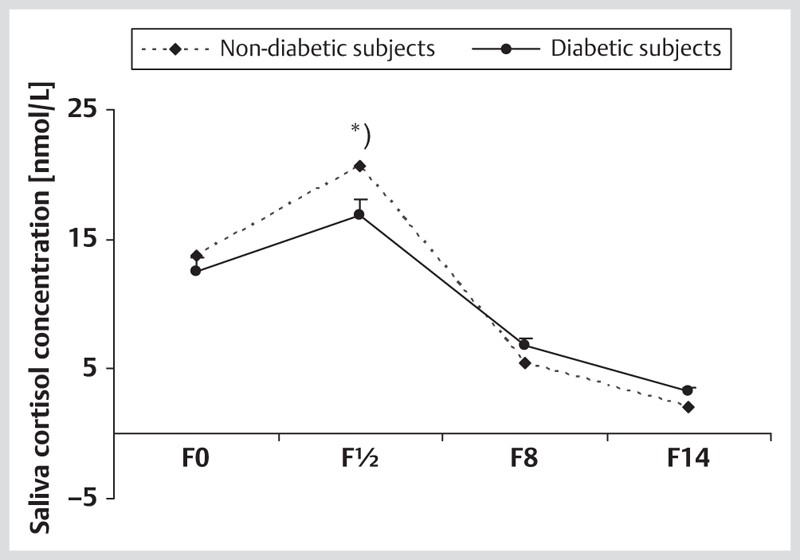 Cortisol here doesn’t spike as high in the morning, and it doesn’t dip as low in the evening. The pattern is “flatter” because it’s closer to a straight horizontal line, with a lower peak and a higher valley. You might be familiar with the immediate effects of this:

You might not be familiar with the downstream effects. Flattened cortisol rhythm is associated with major health problems, like obesity, diabetes, and just plain old aging.

It’s not clear what comes first in these situations – there’s some evidence that the cortisol dysregulation might be the cause and the disease the effect, but there’s also evidence going the other way. It’s very possible that there’s a mutual reinforcement effect going on.

For example, there’s some evidence that flattened cortisol levels may actually be a causal factor in…

It’s not a great pattern to be stuck in. So here’s how you get there and how to get out of it.

One huge cause of unhealthy cortisol patterns is stress – any kind of stress:

Overtraining, undereating, hating your commute or your living situation or your school…plug any stressor you like into PubMed and you’ll probably find a connection with cortisol dysregulation.

So how can you get your cortisol back to normal? A great first step is to simply stop doing the things that were throwing it out of whack in the first place, start giving your body the kinds of food, light exposure, and stress management it needs, and be patient while you heal.

You may or may not need to address all these areas, but here’s a quick list of some of the most common things to fix:

Cortisol isn’t an evil stress-producer that you need to get rid of at all costs. It’s a valuable hormone, and in fact you even want it to be high at some points (in the morning). The problem isn’t that cortisol exists; it’s that the cortisol cycle gets all messed up.

Fixing that cycle takes a lot of work, especially in a world that really isn’t set up for this kind of lifestyle. But the benefits are potentially huge – it’s worth the effort to make it work.