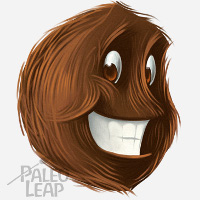 Every time you move, or even just think, there’s some kind of electricity behind it. Every time your heart beats, it started with an electrical charge.

That’s why electrolytes are so important. Electrolytes are electrically charged ions that help regulate fluid balance in your body (including important things like blood pressure); they’re also involved in brain function and muscle contractions. Important electrolytes include:

You might recognize all of these as things you can get from a normal diet – for example, white potatoes are rich in potassium, and leafy greens are good sources of calcium. For healthy people who are recreationally active but not extreme about it, there really shouldn’t be much need for extra electrolytes. But for some people, in some situations, additional electrolytes might be warranted.

Nobody really objects to electrolytes in food, but when it comes to sports drinks, the standard comeback is “but that’s not natural! Cavemen didn’t have it; neither should we!”

Actually, people in the Paleolithic probably did have something like electrolyte drinks in the form of naturally mineral-rich water. We’ve lost that thanks to water purification systems that help protect us from waterborne diseases at the cost of nutrient content.

Also, not everything is bad just because cavemen didn’t have it. To take an extreme example, cavemen didn’t have any kind of oral rehydration drink (e.g. Pedialyte) for sick children, but they did have incredibly high infant mortality rate from infectious diseases, probably including many diseases that kill by dehydration. If babies and kids in the Paleolithic had been able to drink something like Pedialyte when they were sick, maybe they would have had a better chance of surviving to adulthood.

Paleo is not a game of caveman re-enactment. If it makes sense to eat or drink something, then it makes sense regardless of whether cavemen would have had it or not. So who might actually benefit from some extra electrolytes?

More generally, electrolytes are often helpful for anyone who often feels worn-down or inexplicably exhausted, especially if you’re fine until you work out and then crash afterwards.

In commercial drinks, electrolytes are often packaged with sugar. Partly, this is because sugar is a great way to sell bottled drinks, but it also does have a scientific justification. Because of the way that water and electrolytes are absorbed in the small intestine, adding glucose helps make the absorption more efficient.

For people who are sick and vomiting up everything they eat, the sugar also supplies an important source of energy – fighting a disease or injury is glucose-intensive, and if sugar water is the only way you can get that glucose in, then sugar water is better than nothing.

On the other hand, not everyone who needs electrolytes needs sugar to go with them. If you’re taking electrolyte supplements for keto, for example, then drinking a bunch of glucose defeats the whole point. So whether or not you take your electrolytes with sugar will depend on your goals in taking them.

Electrolytes are important. That doesn’t mean Gatorade is Paleo. It’s absolutely possible to get electrolytes from whole foods, without tossing in a bunch of high-fructose corn syrup and blue food coloring along for the ride.

First, a breakdown of the electrolytes in a few products you might recognize:

Now take a look at how you could re-create electrolyte drinks for particular functions on your own:

For sports performance and recovery…

In fact, the Paleo versions are even a little better than Gatorade. For one thing, they have more sodium. This study found that typical rehydration drinks don’t actually have enough salt in them for optimal performance and recovery (the reason: it would change the trademark hyper-sweet taste of the drink).

The Paleo recipes also include at least a little magnesium and calcium – both of these are also important minerals for muscle contraction and avoiding cramps, and many people are deficient in magnesium in particular.

*Low-sodium salt is basically a type of salt that replaces some of the sodium with potassium; it’s there as a cheap and easy potassium supplement. 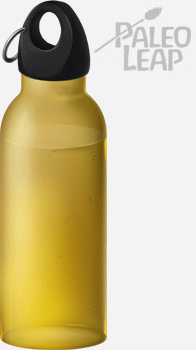 Just toss your salts into a big bottle and carry it with you all day.

There’s no commercial version of an electrolyte drink formulated specifically for ketosis, so there’s no real standard to compare it to. But with that said, we do know a little about the electrolyte needs of people in ketosis.

For ketosis, you obviously don’t want any sugar with that either. So here’s a recipe for a sugar-free electrolyte drink:

*Low-sodium salt is basically a type of salt that replaces some of the sodium with potassium; it’s there as a cheap and easy potassium supplement.

That recipe will give you 325mg of potassium, 833mg of sodium, and a decent amount of magnesium, depending on how much Epsom salts you use (start lower and work up; Epsom salts can give you nasty diarrhea if you go too high too fast). You can add the juice of one lime for the cost of about 3.5 grams of carbohydrate, if that makes it taste better.

In that case, supplemental electrolytes can be helpful – and now you know how to make your own without all the junk that goes into a bottle of sports drink.