Wondering about venison but not quite sure where to start? Tired of walking past the pheasants in the freezer case with a curious glance and a resigned sigh when you remember you have no idea what to do with them? Here’s a guide to game meat for beginners: what it is, how it tastes, how to cook it, and where to get it.

This probably won’t be useful for experienced hunters – if you’re already bringing home the venison on a regular basis, you know everything in this article already. It’s really more for beginners who might not be confident about all these strange new animals they never thought of cooking.

Game meat is the meat of any animal that’s hunted for food instead of raised on a farm. In that sense, it’s closer to the kinds of meat that would have been available in the Paleolithic: generally higher in protein and lower in fat, but higher specifically in Omega-3 fats. Some game meat also has special nutritional qualities (for example kangaroo, which is very common in Australia, is extremely high in conjugated linoleic acid). Wild game also doesn’t raise any concerns about hormones or antibiotics accumulating in the fat, since the animal was never given any.

The nutrition alone would be a good reason to eat more game meat, but it’s also a good way to keep your diet interesting and potentially have a lighter impact on the planet (depending on what you buy and how you get it). And yes, you still can find game meat even if you don’t know anyone who hunts and have no interest in hunting yourself.

Here’s a rundown of some common types of game meat, where you can get them, and how you can cook them once you’ve found them.

All kinds of animals are hunted for game, depending on the area of the world. If you’re in the US or Canada, here are some common game meats that might be available in your area:

Depending on where you live, you may also be able to get completely different animals; it really depends on what’s available in your area. In northern Canada, try caribou. In Australia, look for kangaroo!

But How Do I Get It?

Of course, the obvious way to get game meat is to hunt it yourself, and if that’s an option for you (or for someone you know who’s willing to share their bounty): great! Realistically speaking, though, not everyone has the skill, time, inclination, and opportunity to go out and shoot their dinner.

In the US, you can get "game meat" in supermarkets – but unfortunately, due to US food laws, meat in a supermarket won’t come from animals that were caught in the wild and shot by a hunter. Instead, you’ll be getting rabbits (or pheasants, or bison, or whatever the animal is) from animals raised on farms in accordance with USDA regulations - the same animals, but it's not really "game" because the animals were raised on a farm.

So does that meat still have the advantages of real hunted game? Well, it’s still a nice change from the beef-pork-chicken rotation. And if you can find a free-range farm that lets the animals express their natural behaviors, the nutrition will probably be close to what you’d get from actual game. It's not quite the same thing, but reasonably close, especially if you’re interested more for the culinary variety than the nutritional aspects.

Outside the US, you might actually be able to get hunted game meat in supermarkets. Check the laws in your country to see what you can expect to find.

If you’re getting game meat from somewhere other than a forest or a hunter, here’s where to look: 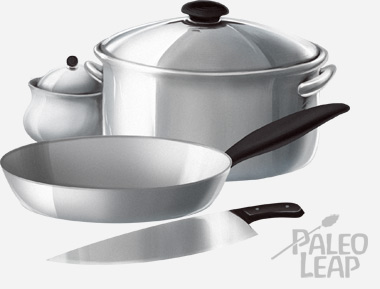 The first rule of cooking game meat is to always remember how lean it is. There are a few exceptions, but for the most part game meat is much leaner than farmed meat, for two reasons:

Even if you’re getting captive-bred “game meat” at a grocery store, it’ll still be lean thanks to the first point. This makes game meat easy to overcook, and it’s a good idea to go for recipes that focus on tenderness (think: long marinades, moist heat, low-and-slow cooking times, stews and braises).

Another classic tactic is to add some more fat to the dish. One way to do this is to mix the game meat with a fattier meat (e.g. stew made with half bison and half sausage); you could also go for the time-honored “wrap it in bacon” trick.

Game meat also does have a richer and more intense flavor than domesticated meat (the same way grass-fed beef is more flavorful than grain-fed). Some people absolutely love this and find regular meat bland in comparison. But it can be a bit of a surprise, and kids especially might not be thrilled. If you’re worried about this, try mixing half and half game meat and other meat (e.g. chili with half bison and half beef) or using it in a spicy dish with a lot of seasonings so the meat itself isn’t as prominent.

Some recipes to start you off:

If you’ve got something even more unusual, you could also take a look at Hank Shaw’s blog Hunter Angler Gardener Cook, featuring all kinds of wild game recipes from an avid hunter.

Game meat is an interesting way to expand your culinary horizons and put something new on the table – all nutritional considerations aside, it’s just kind of cool to cook something you’ve never tasted before.

It doesn’t get much more “Paleo” than wild game meat that you shoot yourself or get directly from the hunter who did. And even if you can only get farm-raised animals from a supermarket, why not branch out a little and expand your recipe repertoire? It’s a fun cooking project, and you might find that you really like the more intense flavors.