Trans fat: the name conjures up images of fast-food fries and the other “food” that comes out of an industrial deep-fryer. But as dangerous as man-made trans-fats are, naturally produced trans fats can actually be very healthy for you – and the best example is conjugated linoleic acid (CLA).

CLA is a naturally occurring trans saturated fat found primarily in grass-fed meat and milk. When animals on pasture eat the Omega-3 fats in grass and other green plants, their gut flora convert the PUFA into CLA. In milk, there’s also an additional source: an enzyme in the cow’s mammary gland converts another type of fatty acid, vaccenic acid, into CLA.

CLA is actually the name of a group of fats – there are several different ones, but here are the two main types (or isomers):

There are also a few other types, but they’ve rarely been studied and don’t seem to be responsible for the major health benefits of CLA, so we’ll focus on the big two for now.

CLA is interesting to study from a Paleo perspective, for two reasons;

Here we have all the makings of a great theory: higher levels of CLA in our ancestral diet were protective against obesity and modern disease; today, a deficiency of CLA contributes to the rising rates of these problems.

So, does the evidence actually bear this out?

When researchers want to study an isolated nutrient, the easiest way to do it is in a supplement. After all, if you just fed people grass-fed beef, you wouldn’t know whether any changes were caused by the CLA in the beef or by something else.

Supplement studies of CLA in rats, mice, and test tubes were very promising. CLA seemed to be protective against breast cancer; it was a powerful anti-obesogenic substance; it reduced insulin resistance and inflammation; it strengthened bones and teeth.

But then things started getting complicated. For one thing, the two major isomers had significantly different and even opposite effects. For example:

This left the researchers scratching their heads. Then there’s the difference between animal and human studies. Mice respond very well to CLA; the research in humans is a lot less promising. For every human study that finds a benefit for supplements, there’s another one that finds no effect.

There are several potential explanations for this; this paper gives a very good explanation of why the amazing studies on supplementation just don’t bear out in humans in the real world. It’s also worth mentioning that most studies use a 50-50 mix of c9, t11 and t10, c12, which is not the way CLA is found in food sources.

So what does it all mean? Obviously, the research is still ongoing, but this meta-analysis might offer a clue. The authors found that CLA had a very small effect on weight loss – but they actually got more excited about its potential to prevent weight gain. Most American adults gain about one pound every year; if CLA can prevent this, it would already bring a huge health benefit even without causing any weight loss. As Dr. Sharma says, we don’t need to lose weight; we need to stop gaining weight!

This might give us an answer for the apparently contradictory studies. We don’t need high-dose CLA supplements on top of an already malnourishing diet. We need an adequate intake on a regular basis, as part of a nutrient-dense diet. Maybe CLA doesn’t work as a treatment for obesity, at least not in a high-dose, short-term model. But it might just work as a preventative, when eaten in normal doses over the course of your life.

CLA by itself won’t solve the problem, of course, but it’s starting to look more and more like one piece of the healthy-weight puzzle.

Where can I get it? 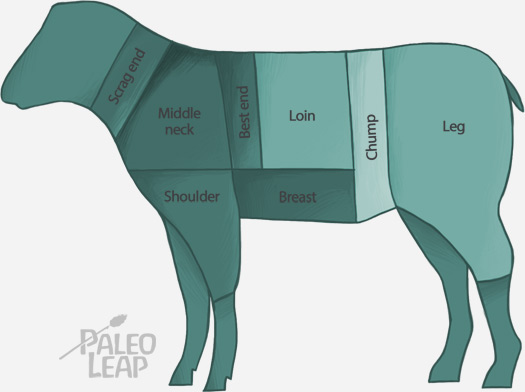 CLA is very easy to find – if you eat grass-fed meat. It’s found in the meat, fat, and milk of grass-fed ruminants (cows and sheep).

The recommended daily intake from food is typically between 350mg and 1 gram per day. Most people eating a modern diet get much less than this, but it’s not hard to hit the target if you’re eating pasture-raised ruminants. Here’s the CLA content of some common foods:

Dairy is a big Paleo “gray area,” but if you tolerate it well, CLA is definitely one of the benefits.

The precise advantage of grass-fed meat varies from study to study, but it’s big. This one, for example, found that pasture-finished meat had between 218% and 466% more CLA than standard meat, even when the grain-fed cows were fed some alfalfa and other plants along with their rations. The amount of CLA also varies depending on what cut of meat you’re talking about, so it’s hard to generalize. But to give you a very rough idea, in a six-ounce serving of grass-fed filet mignon from a pastured cow, you’d get somewhere around 400mg of CLA.

As you can see, it’s very easy to hit the 350mg-1 gram target if your diet is rich in pastured animal products. You don’t need special supplements; you don’t even need to put much effort into it. If you fry your eggs in a tablespoon of pastured butter in the morning and then use another tablespoon to cook your vegetables for dinner, you’re already there.

Another Source of CLA: Make your own!

You might not be a grass-fed ruminant, but you certainly do have the gut flora to make your very own CLA. It’s just one of the many things that your lactobacilli and bifidobacteria do for you.

It’s important to have healthy gut flora for this, though: people with gut dysbiosis have a significantly harder job of it – possibly one reason why obesity and gut dysfunction tend to go hand-in-hand. So if you’ve been eating Paleo for a while and your gut is humming along nicely, you can probably count on a substantial CLA intake from gut flora. If you’re just starting out, you may want to make a bigger effort to get it from food.

You can also get probiotic support to build up your colonies of lactobacilli and bifidobacteria from any kind of fermented foods. The species on all the yogurt packages, L. Acidolphus (the L. stands for Lactobacillus), is a good one for CLA formation, but it’s not your only option by any means (this paper goes into the full description of every single species that’s ever been tested, if you really want the nitty-gritty).

CLA is definitely a nutrient you want in your diet. Is it a magical cure for obesity? No. Nothing is a magical cure for obesity. There is no supplement, pill, injection, diet, or exercise hack that will make weight loss effortless. But CLA does clearly have some anti-obesogenic effects, which probably bring the most benefit when it’s consumed regularly from whole foods, over the course of an entire lifetime.

Luckily, getting enough CLA is easy and delicious. Pastured, grass-fed butter is probably the cheapest source, but any grass-fed beef, lamb, or dairy product will do the trick. So enjoy some butter on your steak, secure in the knowledge that not only is it delicious, it’s actually helping you get (or stay) thin!