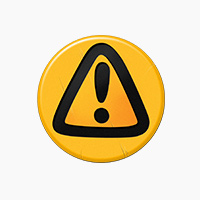 If you haven’t read up on what binge eating actually is and what we do and don’t know about it, you can do that here first. If you think that “binge” is just a synonym for “eating too much,” please read that post first. Binging is about being out of control, not how much you ate.

When it comes to Paleo and binge eating, a common assumption is that eating Paleo will at least do some good, if not solve the problem completely. There are several reasons why this is reasonable, and again, most of them are discussed in detail here:

Okay, great in theory. But then why do so many people still struggle with binges after going Paleo? Why do some people start having trouble with binge eating on Paleo when they never did before? And why do many of those binges revolve around Paleo foods – perfectly insulin-normalizing, non-“trigger food” foods, like almonds or sweet potatoes or grapes?

It’s not a universal experience, but it’s pretty common: the behavior of a binge with Paleo foods.

You can do all those things with any kind of food; processed junk is not required.

You’re still (Intentionally or Not) starving yourself.

This might be you if one or more of the following is true: 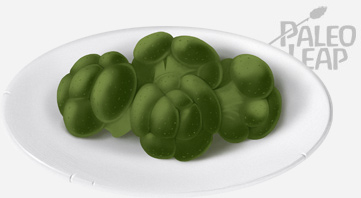 This is a side dish. It’s not a meal.

Here’s one of the ways it can play out: Suzy Q. Health Nut hasn’t been happy with her weight lately, so she tries Paleo. For breakfast, she has an egg white omelet with a few strawberries, until she starts skipping it because she read that intermittent fasting will help her lose weight faster. She struggles with finding time to pack lunch and there’s nothing to eat at work, so she sometimes ends up skipping that too, or just snacking on an apple. At dinner, she makes a big green salad with just a little bit of protein on it, and skips the olive oil for a great low-cal dressing she learned to make with mustard and balsamic vinegar.

This is all going great, until Suzy grabs a spoonful of almond butter out of the jar one day for a quick snack. Half an hour later, the jar is empty, her stomach hurts, and she’s not sure what happened. She’s never done anything like this, and she never would have thought that almond butter of all things would sing such an irresistible siren song.

Suzy might conclude that she has a problem with almond butter and needs to keep it out of the house. Of course, that may be true – it’s always possible to have an unhealthy emotional reaction to a particular food, even if your body is well-nourished. That does happen, and it can be a perfectly legitimate reason to avoid certain foods. But if the food just so happens to be one that’s calorically dense and you just so happen to be imposing extreme calorie restriction on your body, it may just be hunger.

Suzy was starving herself – her diet was giving her 1000 calories a day at the absolute maximum, and that’s on the days when she ate breakfast and lunch. Of course she ended up binging on the first calorie-dense food that crossed her lips: she was starving. She doesn’t have an almond-butter problem; she has a hunger problem.

This could explain why some people binge on Paleo foods that well-nourished people don’t find “more-ish” at all. If your body just needs calories in their most convenient form, it’ll be happy to send you running for any sweet (sweet taste is a marker of calorie availability) or calorie-dense food in the house. The extent of the problem will depend on the extent of the hunger. Most people, even people who are hungry, can have raw kale in the fridge without binging on it. Someone who’s extremely hungry may wind up compulsively eating carrot sticks or roast chicken. Someone who’s only a little bit hungry may be fine with those foods, and struggle only with more palatable foods like Paleo cookies, because their urge to eat is less strong

The important part is that the solution is not “ban all calorie-dense foods from the house so I can continue to chronically starve myself.” The solution is to find a more sustainable way of eating and moving that doesn’t make you chronically starved. If you’re restricting calories (via calorie-counting, fat restriction, carb restriction, or any other method) and this kind of uncontrollable eating keeps popping up, try working on your hunger first:

You may lose weight more slowly, and if your body isn’t built to be a size 00, you may never get there at all. That’s OK; food should be about health, not shrinking yourself down to the smallest pant size you can squeeze into.

Paleo is supposed to be a way of eating that helps control binges, and for many people, it is. If you’re having trouble with binging uncontrollably on supposedly-healthy Paleo food, then it’s definitely time for some hard scrutiny to see if your current version of Paleo is really the best diet for you.

If you’ve never felt like this around food before you started Paleo, it’s probably something about Paleo that’s causing the problem. The most likely culprit by far is that you’re undereating and your body is hungry (this can be true even if you don’t feel physically hungry). And that can easily happen if you’re used to “dieting” by reducing portion sizes, if you’re trying to lose weight by severely restricting calories, or if you’re severely restricting one macronutrient (typically carbs or fat).

Once again, if you have, or think you have, a binge eating disorder, go to a doctor. But one binge does not a disorder make. You might just be hungry, and the answer is very simple: eat.