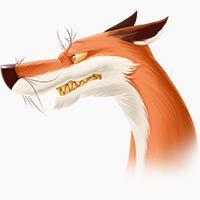 Humans are the only animals (other than domesticated dogs and cats that are resigned to suffer the pitfalls of human lifestyles) who have regular dentist appointments, brush their teeth 2 times a day with state of the art toothpaste, and floss regularly. Yet we’re plagued with all sorts of teeth problems including crooked teeth, cavities, brown spots and discoloration, receding gums, gum disease, and sensitivity.

Animals’ teeth last them their lifetime because they eat according to their natural evolution. One of the first signs that our diet is wrong, as a society, is problems with teeth, even in well developed nations where an abundance and variety of food exists.

Humans have not evolved at the cellular level beyond what Caveman had. Tooth decay is caused by poor diet and can be cured with the right dietary nutrients, so a Paleo diet will help you with plaque and tartar, bacteria in the mouth, and will diminish the development of cavities, especially for children whose teeth are still growing.

This article exposes the horrors of commercial toothpaste and shows you a simple way to replace it with an inexpensive natural alternative made from coconut oil and baking soda. (For a lengthier discussion, consult the article Preventing and Healing Tooth Decay for a dietary approach to keeping your teeth healthy).

The problem with commercial toothpaste

The first step is to stop using commercial toothpaste. All major brands contain chemicals that will actually cause insidious problems in the long term, the kind you may never see or feel until it’s too late. There’s a reason for the warning on the label that reads “Keep out of reach of children. If accidentally swallowed, get medical help or contact a Poison Control Center right away”.

Here’s a list of just some of the ingredients that can be found in conventional toothpaste.

Calcium pyrophosphate – Used as an abrasive to remove plaque and tartar

Polyvinylpyrrolidone (PVP) – Used as a binder

Fluoride (sodium monofluorophosphate, stannous fluoride, or sodium fluoride) – Fluoride was thought to build strong teeth and it was decided that it should be added to our water supply.

Triclosan – It’s used as an antibacterial agent and can be absorbed through the skin and mouth. Research has shown it alters hormone regulations in animals, disrupts immune function, and contributes to antibiotic resistant germs.

Methylparaben – Used as a preservative

Hydrogen peroxide – Used as a whitener, and is a potential neurotoxin

Sodium saccharin – Banned in Canada, shown to be a carcinogen in animal studies

Soaps, foaming agents, or surfactants – These keep compounds that have different properties together, like oil and water, and they require flavoring to mask their ghastly flavor.

Flavorings – Cinnamon, although it’s anti microbial when ingested, for some it can sensitize and irritate mucous membranes (the mouth) and is highly caustic as an essential oil.

Preservatives – To prevent the growth of bacteria in the product and extend shelf life (sodium benzoate, methyl paraben, ethyl paraben)

Creating Your Own Natural Toothpaste 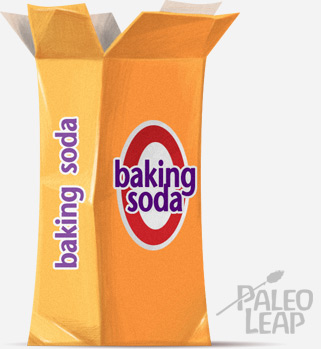 If you’re more than just a little afraid of the list of chemicals in your toothpaste, the simple way to get rid of it is to make your own for a fraction of the price using natural ingredients, some of which you may already have in your pantry. It’s easy to make, harmless to your mouth, and you won’t need to call the paramedics if you swallow some.

Here’s a basic recipe that uses coconut oil and baking soda. You can vary the amount of the basic ingredients to make more or less toothpaste, but you’ll want to mix the two together until they form the desired consistency.

Mix together to the desired consistency.

Use any of the following ingredients as variants:

Preservatives: Coconut has antibacterial properties, but to further ensure that your product won’t spoil, add a few drops of one or more of these antibacterial essential oils – sanguinarea extract (1), myrrh extract (an antioxidant with antibacterial and astringent properties), lavender, grapefruit seed extract, lemon, oregano, or tea tree.

All the ingredients listed above are easy to find online or at your health food store, so it’s easy to eliminate one more product of the industrial age that’s ultimately hazardous to your health!