When most of us think “flour,” we think wheat flour, but technically, a “flour” is just a powder made by grinding up something else into the right size. You can make flour out of all kinds of grains, beans, roots, or seeds.

From a Paleo perspective, the two major contenders for flour are coconut flour (ground-up coconut) and almond flour (ground-up almonds). These are the two you’ll see most often in Paleo baking. Both of them have pros and cons, and they can both have a place in your pantry, but you might prefer one or the other.

Obligatory killjoy disclaimer: neither of these flours should be a staple food in your diet. “Going Paleo” does not mean substituting almond flour for wheat and calling it a day. Paleo cookies are not healthy just because they’re gluten-free! Your staple meals should be meat, vegetables, and healthy fats: any kind of Paleo baking should be an occasional additional treat, not an everyday staple.

But with that said, there is a place for “flours” in the Paleo framework, not just in baking but also used to thicken sauces, bind meatballs, or make a crispy crust for other foods. So to help you figure it out, here’s a rundown of the pros and cons of each.

First of all, let’s tackle nutrition. The key here is to decide which nutritional aspects you really care about. Neither type of flour is universally better or worse nutritionally, but they do have different pros and cons.

Here’s a breakdown of macronutrient content per 4 tbsp. (¼ cup) of each flour:

If you’re going for low-carb, almond flour is probably going to be your Paleo flour of choice. On the other hand, if you’re not specifically trying to eat very low-carb, the slightly larger amount of carbs in coconut flour isn’t likely to cause any problems.

The winner: neither; it depends on your goals. 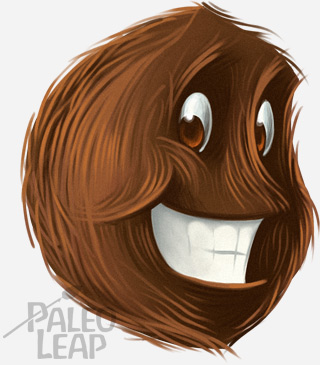 One area that sets the two flours apart is fat quality. Specifically, coconut flour has less overall fat, but it has a much higher fat quality. Almond flour is high in Omega-6 PUFA, which can be inflammatory in large amounts. Most people in the US today get way too much Omega-6 fats and need to focus on eating less of them. There’s a lot of fat in almond flour and a big chunk of it is Omega-6. With coconut flour, on the other hand, there’s a lot less fat to begin with and less of it is Omega-6. This makes coconut flour less potentially inflammatory.

Another way to compare the two is to look at potential gut irritants. Here, unfortunately, there’s no one winner because both of them have some pros and cons.

Coconut flour has a lot of fiber, and much of that fiber comes in the form of inulin. Unfortunately, inulin is a FODMAP, a type of fiber that can set off digestive symptoms in many people who are sensitive to it.

On the other hand, almond flour is also a high-FODMAP food, and it also contains phytic acid, which can become a gut irritant in large doses.

The winner: neither; it depends on your personal tolerance. 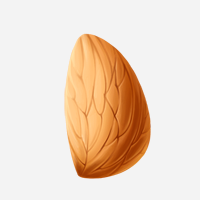 Neither type of flour contains a huge amount of micronutrients – again, these are “treat foods,” not food groups that are supposed to fill your staple nutritional needs. But they both have at least something:

The winner: almond, but by a small margin.

From an allergy standpoint, it’s worth noting that most people with nut allergies can eat coconut just fine. On the other hand, some people are also separately allergic to coconut even if they don’t have a nut allergy, or they have an allergy to coconut in addition to a separate nut allergy. It’s always a balancing act! 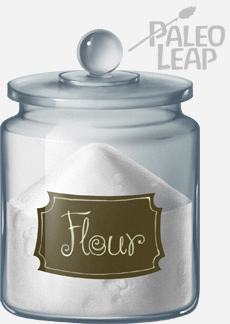 The other thing to consider when you’re choosing a flour is how it works in baking.

Here, the big difference is that coconut flour sucks up much more moisture than almond. So recipes with coconut flour need a lot more wet ingredients to prevent them from getting crumbly and dry. You can’t just substitute coconut for almond and vice versa: the recipe won’t work out right!

The two also have slightly different tastes. Coconut has a more generic, slightly sweet flavor; almond flour (surprise!) tastes like almonds. The almond taste can sometimes be great – for example, it’s lovely in cookies and works quite well in pancakes – but sometimes you don’t want it.

Some people prefer to bake with a mixture of both flours; other people stick with one or the other. But if you’re new to Paleo baking, a good rule of thumb is to follow recipes as written until you get a good feel for how each flour behaves; then you can start experimenting with your own combinations and proportions.

There’s no perfect food. Almond flour and coconut flour both have their pros and cons, and if you do a lot of Paleo baking you’ll probably end up using both in various combinations.

The most important thing is that neither one should be a staple food in your diet – Paleo is not about replacing wheat flour with any other kind of technically grain-free “flour” around. Grain-free flours are great for thickening sauces, breading meat, and making the occasional Paleo-friendly treat. If you use them that way, you don’t even need to worry so much about which one is nutritionally superior, because either way it’s a relatively small part of your diet. Pick one or use both; just make sure that whatever choice you make, it’s a choice that aligns with the spirit of Paleo and not just the letter.