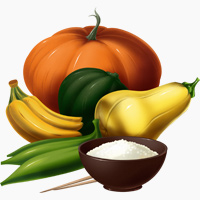 If you eat keto, will you actually lose your ability to handle carbs? What if you want to go back at some point – are you committing to low-carb forever? Can you basically give yourself a carb intolerance from keto?

A couple headlines recently have stressed the potential dangers of keto, even the idea that it might cause diabetes. That’s probably news to all the folks who rely on keto to control diabetes, and it completely flies in the face of studies showing the benefits of low-carb for blood sugar control, but to potential newcomers, stories like this are scary. And they fit with a pattern that people see all the time in the real world: not keto causing diabetes, but people who go low-carb, lose weight, then go back to carbs and gain it all back plus more. Is it because keto made them carb intolerant?

The first thing to remember is that most of the “keto causes carb intolerance” studies were in mice (like this one and this one). It’s possible that the difference may be as simple as the keto chow that mice in the lab get, as this study suggests. But even mouse studies can be valuable and we shouldn’t just dismiss them out of hand – here’s what’s going on.

When you eat keto, by definition you’re eating almost no carbs. But you do still use a small amount of carbohydrate (glucose) while in ketosis, mostly for your brain. Even after the brain switches to using ketones, it still does use some glucose.

On keto, your liver can make a little bit of glucose to supplement your diet and keep the brain ticking along. Even on a 0-carb diet or a complete fast, there will still be some glucose produced in the liver and circulating in your bloodstream to power the brain (this is why your blood sugar doesn’t drop to 0 on a 0-carb diet or a fast). But the liver doesn’t make a whole lot of glucose, so your body has to conserve it and use it carefully.

Insulin resistance during fasting and keto

Evidence from animal and human studies suggests that, in animals, ketogenic diets may also cause impaired insulin action, at least in the short term. That makes sense: keto is similar to fasting in a lot of ways, so it’s reasonable that your body might show similar adaptations. This research suggests that altered insulin action on keto is an adaptive response to conditions of carbohydrate scarcity. It helps maintain a steady supply of glucose to the brain, even when there’s not a lot of glucose coming in.

More importantly, the alleged dangers of this insulin response haven’t been shown in actual human beings eating a ketogenic diet for long periods of time. As this study puts it:

“in rodents, [a ketogenic diet] mostly induces insulin resistance and glucose intolerance, while in type 2 diabetic humans [keto] is associated with a better control in glucose homeostasis and a reduction in antidiabetic medications.”

So…it’s not actually a problem?

Insulin adaptations to a ketogenic diet could become a problem if someone suddenly goes off keto and eats a ton of carbs all at once, it’s very likely that their body will have trouble processing all the sugar – because that’s what happens when your body is set up for 20 grams of carbs per day and suddenly gets 400 with no warning. But that’s not a sign that keto causes diabetes; it’s a sign that suddenly going from one dietary extreme to another isn’t the greatest plan.

Another way to look at it is this: why does anyone care about insulin resistance? It’s not because we actually care about insulin for its own sake. It’s because, in diabetes, insulin resistance causes chronically high blood sugar, which basically poisons your body from the inside out. That’s the reason why people with diabetes have vision problems and nerve pain and tissue damage, to the point of needing amputations sometimes. If you think of keto, research in humans shows just the opposite: ketogenic diets help control blood sugar within healthy levels.

So can I ever eat carbs again?

Yep, if you want to! If keto isn’t working for you you’re not stuck with it. The key is to ease back into the carb life. After a few weeks of keto, your body adapts to a relatively extreme diet: it needs to adapt back in the other direction.

If you eat keto on Monday, and then on Tuesday you eat oats for breakfast, pasta for lunch, and rice for dinner with three pieces of pie for dessert – yes, you may feel very sick and have super high blood sugar. It’s a huge shock. Of course it’s going to feel awful. But with a slow and steady re-introduction, several studies have shown that it is possible to add carbs back in, without gaining weight (other than the water retention that always happens when you eat carbs).

So then why do some people go off keto and regain all the weight and then some? Partly it’s because the body physically resists any kind of weight loss (on any kind of diet, keto or otherwise) and changes in ways that cause weight regain. Often, it’s because they go off low-carb and go right back to the diet that made them gain the weight in the first place! It’s not because keto made them carb intolerant; it’s because eating junk food all the time causes weight gain.

If we’re bringing up diabetes and keto, ketoacidosis deserves a mention. The claim we’ve been discussing is that “keto causes diabetes.” But some people will also say it the other way around: “diabetes causes ketosis.”

This also isn’t correct – diabetes causes ketoACIDosis, which is indeed a life-threatening condition but isn’t the same thing as the ketosis that non-diabetic people go into when they fast for a long time or severely limit carbs. Saying that ketoacidosis is the same as ketosis because they both involve ketones is like saying that cars are the same as bicycles because they both have wheels.

In any case, this is actually a different objection than the one above, but since they both do involve diabetes, it’s worth distinguishing.

No, keto doesn’t cause diabetes

It’s not entirely clear whether the changes in insulin sensitivity that mice experience on a ketogenic diet are even applicable to humans eating keto, but if they are, they look a lot like the normal physiological response to fasting and studies in humans haven’t indicated that they cause any problems. Research on humans eating ketogenic diets suggest that keto helps control blood sugar and reduce metabolic problems, not the opposite.

If you’re cruising along like this and then eat a ton of sugar, it’s a big physiological shock and you may have a bad reaction. This doesn’t mean that keto causes diabetes; it means that suddenly jumping from one dietary extreme to another is probably a bad idea. It’s absolutely possible to start eating carbs again after keto; just re-introduce slowly.