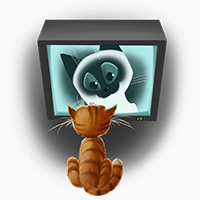 “If we truly become what we eat, many of us can expect to become diseased mutants who are resistant to drugs and who will die not knowing what hit us.”

There’s no one perfect way to learn about nutrition and if you’re not a huge book person, a good documentary can often be an engaging way to dig a little deeper. Documentaries can be especially interesting when they tie in the nutrition with the history of nutrition science, the food industry, food industry, and political corruption that lets companies like Coke get away with the nonsense that they do. Everyone loves a good story, and there are so many stories to tell about the history of food policy and how it’s affected our health.

There are dozens of documentaries about food out there; here’s a guide to some that might be interesting if you’re into Paleo or just real-food eating in general (a lot of these aren’t specifically Paleo, but they have some interesting Paleo-friendly aspects like defending meat or criticizing sugar). Documentaries are ordered from oldest to newest, starting with 2007 and ending with 2016.

Two college friends move to Iowa to grow an acre of corn, and then follow it as it enters the food system. Following their story, the film touches on problems like pesticide/herbicide use in food crops, GMO seeds, and the way corn sneaks its way into almost everything we eat. This will be a really interesting documentary to you if you’re interested in corn production specifically or generally how food gets from the field onto your plate. Another big focus is on agricultural politics and the way the U.S. government encourages corn overproduction. And of course, it also discusses the health effects of eating corn with a side of corn, sweetened with corn, and sprinkled with corn for flavor. The title is about corn, but it’s really about the American food system and its consequences – corn is just a way in.

A lot of documentaries criticize criticizes industrial agriculture for mass-producing cheap food at the cost of human, animal, and environmental health, and this one is no exception. But Food Fight also adds another casualty: flavor. Instead of focusing only on obesity or food contamination or other health problems, it looks at the pleasure we get from our food, and how that’s also been stolen by corporate food production. After a pretty standard critique of industrial farming, it dives into a history of California’s pro-flavor, anti-corporate organic movement.

Foodies in particular might like this one, especially if you’re interested in hearing Alice Waters (founder of Chez Panisse) talk about food activism. The focus on flavor and pleasure is a very refreshing change from the typical fixation on obesity statistics, and the message is ultimately hopeful. The film sometimes doesn’t do enough to acknowledge or address the 99.99999% of people in the farm-to-table movement who can’t afford to eat at Chez Panisse, but it’s interesting anyway.

IMDb (7.2) – Trailer on YouTube – a critical but interesting review from Honest Meat

Remember the 2004 documentary Super-Size Me, where filmmaker Morgan Spurlock ate nothing but McDonald’s for a month to make a point about the health effects of an all-fast-food diet? Fat Head is a direct response to that: Tom Naughton loses weight on a diet of almost exclusively fast food, seizing the opportunity to upend conventional wisdom about fat, cholesterol, carbohydrates, and the real causes of obesity and chronic disease.

If you’ve been around the Paleo world for any length of time, none of the nutritional aspects will be news to you, and the film relies too heavily on a dated and oversimplified explanation of how carbohydrates “cause” obesity (insulin and carbohydrates are much, much, much more complicated than the film makes out). But it’s still a nice introduction to fat-friendly nutrition, and at the very least it makes you think.

The American food system is controlled by megacorporations that make huge profits producing huge quantities of totally uniform food at a very low cost to the consumer. Note what’s not a priority: health. Food, Inc. looks at the corporations behind our food system, and how profits often come before the health of consumers, farmworkers, the environment or animals.

The movie takes a very catch-all approach to health, exploring how corporate farming causes problems from food poisoning to obesity and Type 2 Diabetes. It explores the ways that farm conditions are shockingly inhumane to the people and animals that have to endure them, and then focuses in on the reason why we keep producing food in ways that make us all sick and has such a horrible ethical cost: most people just want cheap food, and don’t really care how it happens.

If you want just one documentary about America’s food system and all the ways that it’s awful, this is a helpful overview. Parts of the uplifting turn at the end feel at least partially motivated by wishful thinking, but the connections between farming practices and health are spot-on.

After a heart-health scare at age 23 even though he was doing everything “right,” journalist CJ Hunt went looking for a better way to eat. The documentary explores what he learned about food and evolution, from the perspective of someone discovering it for the first time.  A bunch of familiar big-name researchers pop up in this one, from Michael Eades to Loren Cordain: the film is really more about science than politics, so if you’re more interested in Paleolithic bone structures than the Farm Bill, this will probably grab you more than Food, Inc. or some of the other titles on this list. But even though there’s a lot of science, the film is accessible and easy-to-follow, because it follows along with the narrator’s journey, starting from knowing basically nothing at all and slowly working up to the complicated terminology. If you’d rather read about it, there’s also a book called The Perfect Human Diet.

Where Food, Inc. is about food policy and health in general (including issues like food poisoning), Fed Up takes a more focused look at the way American food policy contributes to obesity in particular. The documentary shines a particularly uncomfortable light on sugar and rising sugar consumption as an unintended consequence of low-fat nutrition. It does get into some weird alarmist scare tactics about sugar addiction – which is much more complicated than scary-sounding comparisons to cocaine make it sound – but the rejection of exercise as a way to “make up for” a lousy diet is exactly right. The familiar cast of mainstream personalities (it’s narrated by Katie Couric) would make this a good film to show someone who’s skeptical about “fad diets” and thinks Paleo eaters are all just weirdos who live in caves eating raw steak.

If you regularly buy tomatoes at a grocery store, you’ve probably bought one from Immokalee, Florida. That tomato was picked by someone paid starvation wages for backbreaking agricultural labor, if they were lucky: they might have essentially been a slave. Food Chains looks at the human cost of cheap food, and the Coalition of Immokalee Workers’ attempt to demand the bare standards of decent pay and working conditions. This isn’t an easy movie to watch (it shouldn’t ever be easy to realize that you’ve participated in a system this horrible), but the movie isn’t attacking you: it’s attacking a food system that you can help change.

If you’re interested in the Coalition of Immokalee Workers but don’t want to watch a whole documentary about them, their website is here.

This documentary is exactly what it sounds like: it explains what Paleo is, from the perspective of people who are already living it, with an easily-digestible version of the science. There’s a lot of useful myth-debunking about the weird stereotypes people have about Paleo. It doesn’t really dig into the social and political problems of American agriculture, and advocates a very individual-focused model of behavior change, but then again, it wasn’t intended as a critique of food production in the US or as a complete solution to all our food problems.

This might not really be anything new to people already eating Paleo, but it would be a user-friendly introduction to Paleo for a curious friend or family member.

None of these films are perfect. Just for example, a lot of them fall into that incredibly lazy cliché where thin people get to have individual stories and complicated feelings, but fat people only appear shoveling fries into their mouths, or as headless torsos jiggling around behind alarming statistics about obesity. It’s amazing just how many documentaries about obesity don’t take the perspective of actual obese people seriously.

A lot of them also go overboard blaming one demon food or nutrient (carbohydrates! Sugar! Corn!) for an unreasonable amount of problems – obesity has many causes, and sugar is only one of them. But all of them are at least interesting, and hopefully also entertaining.