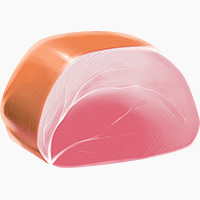 The stereotypical image of a keto meal is a big plate full of bacon with a few spears of asparagus on the side – needless to say, this isn’t how most people on keto actually eat, at least not most of the time. In fact, it’s even possible to eat keto with minimal to no meat, if you’re willing to go for eggs and dairy.

How Much Meat to Eat?

Meat supplies a whole range of nutrients – including nutrients like vitamin B12 that you can’t get anywhere else. It’s also a key source of protein for keto diets. At the very minimum, humans need to eat enough protein to repair our muscles and do all the other important stuff that protein does. So “enough meat” means enough to serve as a primary protein source and round out your diet with essential nutrients that are mainly or only found in meat.

The short version: if you eat meat or eggs at 1 to 3 meals a day, with supplemental protein (primarily dairy and nuts) at any non-meat meals, you’ll probably get plenty of protein for keto plus enough of all the other nutrients in meat. Scroll down to the list below for suggested serving sizes.

How much is “enough protein,” and how does that translate into actual meat on your plate? U.S. dietary guidelines prescribe protein based on body weight (a minimum of 0.36 grams per pound of body weight, if you want to bust out your calculator). But that’s the minimum necessary to stay alive and prevent deficiency, not the right amount for optimal health or weight loss. The classic ketogenic diet has a ratio of 4:1 fat grams:(protein grams + carb grams), meaning that the diet would be less than 20% protein by weight (grams) and 10% protein by calories. People who want to put on muscle – or people who want to lose weight more easily – often eat closer to 30% protein by calories, which is probably fine and maybe even helpful for keto weight loss, since protein helps suppress hunger. It’s perfectly fine to eat on the low end – keto isn’t necessarily a high-protein diet – but there’s a big range of totally reasonable options.

Time to take a look at some actual foods: 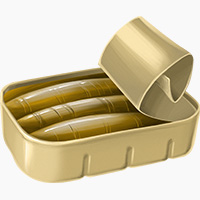 Once you add in all the miscellaneous protein you get from nuts, dairy (if you eat dairy), eggs (around 18 grams per 3 eggs, so they’re comparable to meat), and other sources, it’s pretty easy to get plenty of protein with very reasonable amounts of meat. In fact, many people don’t eat more meat on keto than they ate before – they just get rid of all the junk that surrounded the meat.

As for all the other nutrients in meat? If you’re eating enough meat to get your protein, you’ll probably get enough of those, too. For example, that 4 ounces of chuck roast contains 113% of the RDA for vitamin B12, plus substantial amounts of other B vitamins, like choline. For people without special nutritional needs, it’s just not necessary to worry about it beyond that.

And that’s how the short version above came about: based on the numbers, a good rule of thumb is to eat between 1 and 3 meals per day with meat, with other protein sources (eggs, nuts, dairy) at the meat-free meals. This will work well for most people – although, as always, everyone’s a little different and you might feel best with more or less. It’s not an exact science, and it doesn’t need to be.

Choosing and Preparing Meat for Keto

If it’s financially within your reach, buy meat from animals who lived decent lives – cows that lived on pasture, chickens that had room to scratch around in the dirt. Whether it’s labeled “organic” or not is secondary; a lot of local farms can’t afford organic certification but still meet or exceed the standards of the label.

This isn’t just an ethical issue – it’s also nutritionally important because the fat from pastured animals is much higher quality than the fat from their factory-farmed cousins. Which is particularly important for keto because you’ll be eating a lot of fat.

Once you’ve found your source of good animal protein, zoom in straight to the fattiest bits you can find. As you can see from the chart above, even “fatty” animal foods are still surprisingly high in protein – you can get plenty of protein even from fat-heavy cuts of meat. 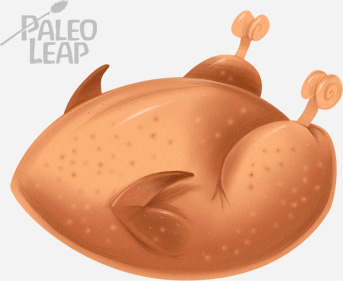 There’s no One True Way to cook meat on keto – lots of fat-heavy cuts taste delicious after a slow braise, but as long as your recipe doesn’t have too many carbs, it’s all good! If you’re stumped for inspiration, check out Hawaiian style kalua pork, margherita chicken,  buffalo meatballs, or one of our other tasty keto meat recipes!

For leaner cuts of meat (like chicken breast, ground turkey, or pork tenderloin), good cooking methods include anything that adds fat:

Do I even need meat at all?

Most vegan protein sources (lentils, beans) are way too carb-heavy for keto, even if you don’t care that much about sticking to a strict Paleo diet. But if you eat eggs and dairy, it’s definitely possible to have a vegetarian keto diet that’s adequate in protein, reasonably varied and quite tasty. It would likely be lower in protein than a meat-heavy keto diet, but if that works well for you, then it’s totally fine!

Add fish (which makes you technically a pescetarian, not a vegetarian) and you have even more options – plus all those healthy omega-3s.

Here’s a chart breaking down some non-meat protein sources:

*As long as they don’t contain sugar, honey, or other sweeteners, which will obviously up the carb count – check the label!

In place of all the animal fat you won’t be getting, just fill in the missing calories with high-fat plant foods like olive oil, avocados, and nuts, plus high-fat dairy like heavy cream and butter/ghee.

Keto is a lot more than a big pile of bacon – you don’t even need to eat meat at every meal to get enough protein for keto. Eggs are a great staple protein source, and low-carb dairy foods like cheese can give you a boost in the protein department. Getting high-quality protein at every meal is a good practice in general, especially for weight loss, but it doesn’t take any more meat than most people normally eat at a serving.