I’m not going to sugar coat this article because I think someone has to step up and tell the truth about some circles in the world of nutrition. This is my way of helping people not making the same mistakes I made that led me to huge health problems. I will also demonstrate good reasons why people should always be critical and believe in nothing but their own observations.

A few years ago, I embarked on a raw food diet journey. On a raw food diet you only eat fruits, lots of them, vegetables and nuts and all this has to be raw, because cooking food supposedly makes it toxic, dead, enzyme deprived, and empty.

At this time in my life, I was dealing with constant extreme fatigue, headaches and allergies. Doctors where not helping, so a promise to get healthy almost overnight appealed to me greatly. On top of that, people following a raw food diet are usually very vocal and go out of their way to convince you that anything else than raw fruits and vegetables is going to make you sick. None of them seem to really know anything about nutrition though.

So I started to eat only raw food in the hope that I was going to get very healthy. Turns out I felt good for a few weeks and then it went downhill until I finally stopped seven months later after being severely sick, malnourished, underweight and tired. I was feeling like a skinny old man and at 120 pounds and six foot tall, I didn’t have much to spare. My teeth were becoming loose, I had a protruding belly, I was losing my hair, my skin was flaking and at one point my digestion was so slow that I had a bowel movement only every four or five days. I always felt full even after eating very little food. I also had frequent urination problems and extreme thirst during the night, which are often signs of diabetes.

The reason I stayed on the diet for so long is because I’m really stubborn and I’ll go through a lot if I believe something is going to work. I believed really hard in the diet, because everybody on the forums and blogs will tell you that you’re only going through a detox period where you feel bad before feeling better. What a great excuse to stick on the diet! The problem is that this “detox” will never go away for some people because it was never a detox, but the body being deprived of essential nutrients and fats.

The reason why I ended the diet was because I felt that I was literally going to die if I continued, thus the title of this post. I thought my hormones would never come back to normal levels and that I’d have to deal with diabetes for the rest of my life. Fortunately for me, I think I was able to get out of it with only a small hole in a tooth, some bad memories and a whole lot more knowledge about my body.

The premises are similar to those of Paleo: eating what we were meant to eat because we evolved eating those foods for millions of years and our digestive systems are adapted for those foods. While Paleo studies early humans, the raw food diet looks at chimpanzees arguing that they’re the most closely related to us. Maybe the reason why we’re not chimpanzees anymore is exactly the fact that we ate meat and started cooking our food. After all, what drastic change other than cooking could have an impact so profound on our species to the point where we developed at the level we are compared to other species? I see fire and then cooking as the turning points of our evolution. Cooked food is much easier to digest then raw food thus less work is needed from the digestive system leaving more energy to allow the brain to develop. Of course, cooked food oftentimes is less nutrient dense, but those same nutrients are very often much more bio-available when the food is cooked. In other words, we absorb the nutrients much better. Eat a bowl of raw Brussels sprouts and you’ll see what I mean when you’re burping all afternoon.

Most people in the raw veganism circles are pointing out the benefits in terms of weight loss and feeling more energized. I completely agree with the former. You will lose weight on a raw food diet, but at what price? We’ve developed as a society so focused on weight loss that we lost our focus on general health and well-being. Do you want to know the real secret to instantly lose tons of weight? Stop eating! You’ll lose weight for sure. Of course I’m just having fun here, but raw foodists seem so focused on weight loss that when some of them become dangerously thin and emaciated, others reassure them that it’s just a question of standards and that we are not really meant to be buff or muscular. What an excuse to stay on the diet! As for having more energy, it’s very possible, especially in the beginning, because grains, dairy and bad fats are not in the diet. People probably feel the benefits of not having those foods, but associate them with the fact that they consume no meat and they eat everything in its raw form.

By going from one extreme of eating a standard American diet to a raw food diet you can’t really tell which of the foods you cut were really the offenders to your health and you’ll often accuse the same foods that today’s general dietary recommendation try to limit (saturated fats and red meat for example). 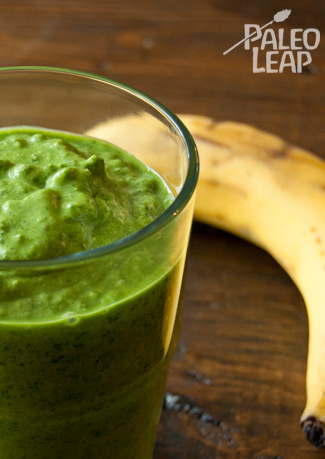 When you read the forums long enough you’ll hear about people starting to have problems with their teeth and having weird symptoms like irregularity with periods or loss of sex drive. People having those problems are often answered with suggestions to dial in their diet and to make adjustments, as though it was not strict enough already. Some will tell you to limit nuts or fats like avocados to the point where you only get 10% of your calories from fat. Others will tell you to juice your vegetables and to make green smoothies all the time and yet others will advise you to consume wheatgrass juice or other “superfoods” like spirulina, agave and other hyped foods. In other words, if the diet is not working well for you, it’s your fault and you should further complicate things. I don’t know if those people think that our ancestors had the ability to juice or puree their foods or that they had constant access to those rare superfoods.

I see a lot of good intention in people following a raw food diet and I understand why they want to change today’s dietary habits, but I think that jumping to the other extreme has its dangers. Everybody on the diet seem to forget that not all animals are treated with cruelty and fed growth hormones and antibiotics and that in nature, which we are still part of, animals die for others to live. Plants also die for other animals to live, but in the end it all comes back to feeding the top soil so that plants can continue to grow, animals can continue to eat them and other animals can continue to eat those animals. This is how the food chain works, and I don’t think we have any knowledge or right to modify any of that. Read our article on vegetarianism and the environment for more information.

After ending my raw food experiment, I discovered that the problems that I was dealing with before going raw where about short intestinal bacterial overgrowth (sibo), intestinal flora imbalances and leaky gut. Eating a raw food diet with a high amount of sugars from fruits magnified my flora problems and made me sicker. This is why I failed so hard on the diet while others last for years, degrading at a much slower pace and thus losing sight of how they felt before.

Some will say that they feel more peaceful and closer to God in some ways. I felt that too, but it came from lack of testosterone and with it came loss of libido, drive, stamina, and energy. I now fully enjoy my natural aggressiveness and know that it’s a normal part of life.

In conclusion, I find it sad that some supposed truth seekers become so skewed in a wrong direction that they can’t see clearly anymore the hard facts about things like diet and lifestyle.

I hope that this article will be read by people who’ll then see that it’s normal to feel sick and tired on a raw food diet and it’s not because they do something wrong, but because they would greatly benefit from having generous portions of fish, organic grass-fed and pastured meat, good fats (animal fat, coconut oil, nuts, butter) as well as vegetables (cooked or not) and some fruits. You’ll then see the meaning of the word thrive. Simply keep the grains, dairy and vegetable seed oils out. Those are the real foods that damage you and the foods that were not available to our ancestors.