Energy drinks have been in the news lately, and none of the press has been good. Mostly, the criticism is about how much caffeine they contain, and especially how they’re marketed to kids and teenagers who want to look cool, encouraging younger and younger kids to drink extreme amounts of caffeine.

If you ask most people to compare Red Bull to coffee without letting them read the labels, most people would probably say that Red Bull has a lot more caffeine. It’s just a gut instinct that these weird energy drinks have giant doses of caffeine. They’re always in the news for it! It feels so logical you almost don’t have to think about it. But actually… 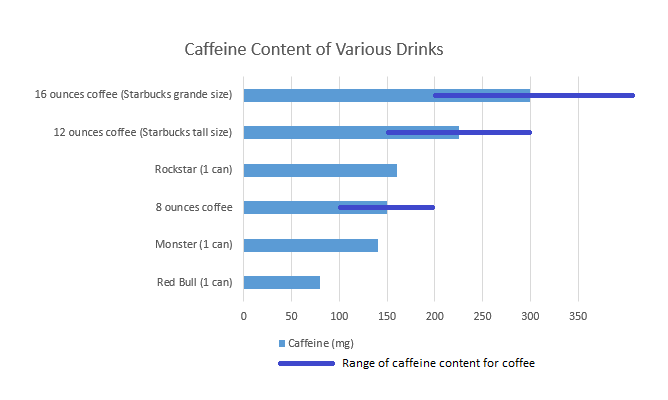 Compared to coffee, energy drinks have a comparable or lower amount of caffeine. The gut instinct telling most people that they must have an extreme caffeine content isn't based in reality. It's a product of marketing (neon colors, branding that looks extreme, names like Monster) and your brain taking shortcuts based on media hype.

Here are 5 common gut instincts about food that simply aren’t backed up by actual scientific evidence.

Actually, they’re chemically almost identical. Sugar has 50% fructose and 50% glucose. High-fructose corn syrup has 42-55% fructose and the rest glucose. Fructose in large quantities is bad for you, but high-fructose corn syrup doesn't have significantly more fructose than ordinary sugar. The vast majority of studies have failed to find any significant difference between the two in terms of human (or rat, for that matter) health.

2. Nuts are High in Protein

Vegetarians love to describe nuts as a protein source – and it’s true that nuts have some protein in them. But when you really break it down, the majority of calories in most nuts come from fat, not protein: 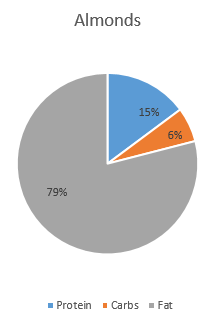 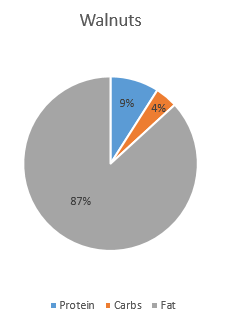 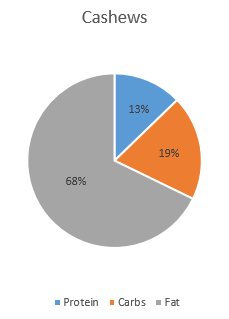 A typical Paleo meal should involve around 30 grams of protein (there are exceptions, but that's the out-of-the-box protein range that works well for most people). A handful of nuts typically contains around 4-6 grams of protein. Nuts are simply not a good protein source.

In one sense, that’s true. Coke in particular is a master at this, from sponsoring dieticians’ conferences to sponsoring research that frames physical inactivity (rather than…eating huge amounts of sugar) as the real problem with obesity.

Paleo-friendly studies do this too. Bad science isn’t limited to one side of the debate. There’s a powerful meat and egg lobby just like there’s a powerful sugar lobby, and both sides are trying to skew the data in their own favor.

It’s hypocritical to blindly accept studies from industry sponsors we agree with while criticizing studies from everyone else. Either industry funding is wrong, or it’s acceptable, but it can’t be wrong when we don’t like the results and perfectly fine when we do.

4. White Potatoes are Not Nutritious.

*Technically, this is in the form of pro-Vitamin A, which your body has to convert to actual Vitamin A. The conversion is pretty inefficient, so overall you'd be getting less than 284% of your daily needs.

If you’re concerned about the glycemic index, the types of carbs found in each, or the autoimmune protocol, here’s an explanation of how those things matter in real life.

Even in the Paleo world, a lot of people love to tout the virtues of “lean protein,” by which they mean protein without much fat attached (like chicken breast and tuna). It’s basically a euphemism that the diet industry dreamed up to mean “low-calorie animal foods without all that artery-clogging saturated fat.”

The only problem with this is that saturated fat doesn’t actually clog arteries, and fat is an essential nutrient. If you only eat lean protein, you’re depriving your body of a crucial source of fuel.

There’s nothing wrong with chicken breast or tuna, provided your meal also includes another source of fat (e.g. an avocado). But there’s also nothing extra-special about it. Paleo is all about not being afraid of animal fat! The skin on a chicken breast or the marbling on a nice piece of steak is a natural source of fat that occurs as part of a whole food; it’s not something to be afraid of. There’s no need to go crazy over “lean protein.”

Have you ever had a gut instinct that got challenged by a new piece of research or information? What was it? Let us know on Facebook or Twitter!