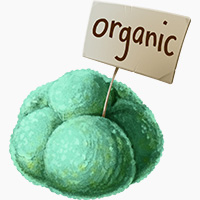 How many times have you seen a sign like this and groaned a little on the inside? Nobody likes paying so much more for something that seems the same on the surface, even if they believe that it’s actually healthier, fresher, or better for the environment. And for many people – maybe even most people – the hefty price tag means puts organic vegetables completely out of reach no matter what benefits they may or may not have.

But the sticker shock does raise an important question: what really are those benefits, and are they worth it? If you’re going to pay twice as much or more for the “organic” certification on your tomatoes, it’s important to understand what you’re really getting out of it, and whether or not it really is worth your money.

“Organic” Produce is Not All the Same 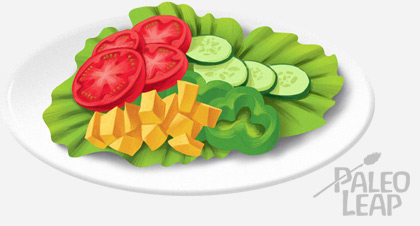 In the end, it’s impossible to give a blanket answer to that dilemma, because “organic” farming isn’t just one thing. According to the USDA’s definition, the “organic” label means that the food “enhance[s] the ecological balance of natural systems and that integrate[s] the parts of the farming system into an ecological whole.” This being the federal government, though, the real definition lies in the miles of regulations attached. To get the USDA sticker, organic produce must be grown without:

Food that actually adheres to the spirit of the law (like Martha’s farm) is the mental image most of us conjure up at the word “organic,” but there just isn’t a direct connection between the official seal of approval and this kind of farm. First of all, many farms like Martha’s grow produce that goes above and beyond organic regulations but can’t afford to get the sticker. The USDA’s regulatory apparatus can make it prohibitively expensive and time-consuming for smaller farms to get certified, so many of them aren’t – even though they grow organic food.

So it looks like most organic farms are small family farms, but the money tells a different story. The amount of sales for this group was just 17% of the total organic market. There are a lot of them, but even collectively, they don’t have a lot of market share.

The biggest 8% percent of organic farms (annual sales of $500,000 or more) earned approximately 72% of the total money. So if you’re buying something with an “organic” sticker in a store, it probably came from a huge commercial farm somewhere in California (just like conventional produce), and got shipped across the continent to you in a freezer truck (just like conventional produce), losing nutrients and burning fossil fuels along the way.

What does this mean? The vast majority of vegetables labeled organic are not produced on small family farms. Conversely, many of those small family farms aren’t officially “organic” at all. So if you’re hunting for local, planet-friendly vegetables, the “organic” label is a starting point at best. If you’re buying something off the shelf in Whole Foods, it probably comes from a megafarm, not a cozy family business.

Bearing in mind the limitations of the “organic” certification, does it still have benefits? One of the biggest reasons that people cite for choosing organic produce is that it’s more nutritious. With respect to vitamin and mineral content, a 2012 meta-analysis from Stanford University suggests that this is completely unfounded. Conventional produce was just as nutritious as organic.

On the other hand, though, such a broad overview only looked at vitamins and minerals. The study didn’t touch on antioxidants, plant compounds that can help reduce oxidative stress. Since antioxidants are the plant’s home-grown herbicides and sunscreen, it makes sense that organic plants, which have less outside help from pesticides and fertilizers, would produce more of them. One study found that organic tomatoes had higher levels of polyphenols (a type of antioxidant), although the researchers stressed that very little research has been done in this field.

It’s still not looking so great for the organic produce, but again, a huge problem with simply comparing “organic” and “conventional” is the variation among organic farms. If the organic broccoli you buy comes from a family farm 20 miles away, chances are good that it is actually more nutritious, because it’s also local (and food loses a significant amount of nutritional value in storage). If it’s been shipped in from California in a freezer truck, that advantage doesn’t necessarily apply.

The bottom line: organic produce may have some very small health benefits, but for nutrition, local produce wins, whether or not it’s technically USDA-certified “organic.”

Many supporters of organic food criticize the Stanford meta-analysis for setting up a strawman by focusing on vitamin and mineral content. Nobody actually buys organic foods because of what is in them, they argue; it’s about what isn’t in them, namely all kinds of pesticides and toxic residues.

Here again, the question isn’t simple by any means. Organic produce is not grown without pesticides, herbicides, or fungicides. It’s just grown with organic versions of all these things, meaning that they’re made from natural substances. But as snake venom, hemlock, and poison ivy all prove, “natural” is not a synonym for “harmless.” Assuming that since they’re “natural” they must be safe, very few studies have actually tested organic pesticides, so we don’t really know whether they’re more or less dangerous than the synthetic versions.

Bearing in mind that organic pesticides may or may not be safer than the conventional chemicals, how much of these pesticides actually gets onto the food you buy? The same Stanford meta-analysis above showed an overall 30%  lower level of pesticide residues in organic produce when compared to conventional. At first glance, this seems like a huge advantage, but as one prominent anti-organic researcher points out, all the pesticides were discovered at vanishingly minute concentrations. And remember, we barely even know what the organic ones do! This just isn’t evidence to claim a significant or obvious health benefit for the organic produce.

The bottom line: When it comes to pesticide residues, it’s really impossible to tell which is safer, because the pesticides allowed on organic food have barely been studied. For all we know, they might be more toxic, so the pesticide residue on organic produce might be just as dangerous even though there’s a little less of it. Again, the best solution is to wash all your produce thoroughly before it hits your plate, or better yet, get to know a farmer and ask for yourself about what’s being used on your food.

Another key reason to go organic is for environmental health. Many people who choose organic foods pay for them because they’re a step away from the industrial agriculture that’s wreaking such incredible havoc on our planet.

In this regard, it seems like some kinds of organic farming truly do have an edge. Judging organic pesticides against conventional versions is just as difficult in terms of environmental impact as it is in terms of human health: we haven’t studied the organic chemicals enough to know. But we do know that organic farms tend to have about 30% greater biodiversity, indicating that the organic farming methods aren’t as harsh on the surrounding life.

One thing we can measure is nitrogen pollution – and there, organic farming definitely wins. One of the biggest problems with conventional agriculture is the overuse of nitrogen as a fertilizer. In natural ecosystems, nitrogen is taken up by plants and restored through animal manure, but the human-designed ecosystem of a massive vegetable field needs a steady supply of nitrogen from somewhere else. Most conventional farmers get it through synthetic fertilizer, but the fertilizer runoff is poisoning water around the world, creating “dead zones” where nothing can survive.

Organic farming doesn’t have all the answers to this problem, but organic farmers (especially the small farms) are intensively experimenting with solutions, from planting “nitrogen fixing” crops like legumes to integrating animal and vegetable production on the same farm (the animals then supply nitrogen-rich manure for the crops). It’s not perfect, but at least it’s getting there.

Another problem of sustainability is the question of whether organic crops are more or less productive than their conventional competitors. In other words, does it take more or less energy to produce a calorie of organic food compared to a calorie of conventional food? Can we feed the world on organic food, or is it just a luxury for rich consumers?

Every study on this issue seems to contradict the one before it – results vary depending on the method of comparison, the place, the specific crops being compared, and the length of the study. Just to give two examples, a 2012 meta-analysis from Nature found that organic yields are lower than those of conventional farms, but a 30-year experiment from the Rodale Institute grew organic and conventional crops side by side, and concluded that the organic fields yielded more food with lower energy inputs.

The diversity of study outcomes is completely unsurprising if you consider the diversity of organic farming practices. Just the difference between a local CSA (produce comes from 20 miles away) and a national company (produce comes from 2,000 miles away) could make the difference between an environmental benefit and a wash. So again, the technicality of the “organic” certification takes a back seat to the way the produce was actually farmed.

The bottom line: On the whole, organic produce is probably more sustainable than conventional. If your organic vegetables come from a local farm that makes a serious effort to address problems like nitrogen pollution, that “probably” goes up to “definitely.” It’s going to take some creative farm management techniques to make organic produce feed the world, but again, the small family farms are part of the solution here, whether or not they’re technically “organic.”

The real problem with agriculture in the United States isn’t that we’re using synthetic pesticides instead of naturally-derived ones. We can’t just switch everyone over to copper fungicides instead of Roundup and call it a day. The problem is the entire system, which cuts people off from their food, lets us disconnect from the damage we’re inflicting on the environment, and wrecks our natural resources for the sake of cheap, convenient junk food. Farms that comply with the true ideal of the “organic” movement are working to fix this system, but the USDA certification is only an indication that the farm complies with the letter of the law, not the spirit.

So should you spring for organic produce? If you can get it from a local source, definitely. In this case, it’s actually likely to be as cheap or cheaper than what you get from the grocery store (there’s less packaging, and buying straight from the farmer cuts out the middleman).

If you’re looking at two packages in the grocery aisle, both of them trucked in from across the country, the organic is probably slightly better environmentally, so if you can afford it, the planet thanks you. But realistically, the difference just isn’t that big, so don’t be afraid to enjoy whatever fruits and vegetables can fit into your budget.