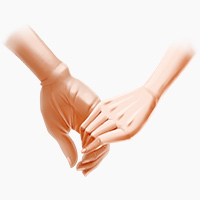 (Note: don’t confuse oxytocin with oxycontin. The first is the hormone we’re talking about; the second is a narcotic painkiller. Nobody is advocating narcotics for weight loss!)

Oxytocin: it’s the hormone that causes uterine contractions and makes pregnant women to go into labor. It causes the breast tissue contractions that “let down” breastmilk during breastfeeding. And it’s also the “bonding hormone” that gets released during sex and orgasm. But wait, there’s more! Oxytocin is a real multitasker.

Did you know that oxytocin is also huge for regulating body weight and appetite? Here’s a sample of some recent studies:

Not too shabby, just for one hormone.

Here’s a free full-text study if you really want to get into some details, but the short version is…

Oxytocin is mostly produced in two areas of the brain, the PVN (paraventricular nucleus) and the SON (supraoptic nucleus). As well as various social/bonding-related situations (more on that in a minute), oxytocin is produced in response to all kinds of food-related stimuli:

Oxytocin affects both appetite and metabolism.

After it’s produced in the brain, oxytocin can affect appetite and digestion through the gut-brain axis. That’s how it ends up regulating gastrointestinal symptoms and gut motility (gut motility is basically how fast things are moving, with diarrhea at one extreme and constipation at the other, and the “just right” spot in the middle).

Oxytocin generally reduces appetite and it also affects reward pathways in the brain – that’s how it can turn down cravings as well as hunger (they’re different things! You can crave a food without being physically hungry). It’s possible that oxytocin specifically reduces desire for sugar, but that’s mostly been studied in rats.

On top of affecting appetite, it seems like oxytocin also affects energy expenditure – how many calories your body burns just from living. That’s probably how rats with oxytocin deficiencies get fat eating the same amount of food: their metabolisms slow down.

How many calories will your body actually absorb from this bowl of soup? It depends at least partly on your oxytocin levels!

What This Means for You

So now we have a hormone, oxytocin, and we know it can help regulate weight by reducing cravings and binge urges, lowering appetite, and speeding up metabolism – at least in rats and mice. There haven’t been any long-term studies on this in humans, but considering the evidence from obesity genetics and the short-term studies on food intake, it’s likely that it works the same way. Great! So how do you get more of it? Are there foods that raise or lower oxytocin levels?

First of all, there’s absolutely no point taking oxytocin pills or trying find foods “high in oxytocin.” It’s destroyed in your stomach so even if you somehow got hold of a bunch and ate it, you wouldn’t get any benefit. When people get oxytocin in studies, they get it through an injection or a nasal spray, not a pill.

But here’s one study: chronic sugar intake reduces the amount of oxytocin that your brain makes in response to food. Regular sugar consumption reduces the strength of the “I’m full” signal that you get from oxytocin – or at least it does if you’re a mouse. It’s important to bear in mind that this is one study and it was done in mice, so it’s not totally obvious that the same results will apply to humans. But it’s still suggestive, and it might explain a lot of people’s lived experience with sugar. A low-sugar diet might be one good option to increase the oxytocin signal that you get in response to food. (One more win for food quality over food quantity for weight loss, here).

Other than avoiding sugar, the best way to raise oxytocin levels in the human body isn’t through food at all. Here are a couple of studies:

Breastfeeding will also work if you happen to be a new mom with a hungry baby handy (oxytocin release may be one reason why some women lose so much weight during breastfeeding), but for most of us, that’s not really an option.

The big weakness of the oxytocin connection is that there haven’t been any long-term studies where humans got nasal oxytocin and lost weight in the long term. But considering the short-term evidence from humans and the long-term evidence from rats, it does seem like there’s something there.

If there really is something to the oxytocin connection – and it looks like there is – then it’s one more piece of evidence that human health isn’t separate from the rest of our lives. Paleo is more than just eating the right things; it’s about the whole big picture of mind and body. Maybe we weren’t designed to eat processed sugar, but we also weren’t designed to live without a “tribe” to give us some quality human contact on the regular. Obesity is a symptom of both problems, not just the food.

And anyway, it’s not like getting more hugs or petting more dogs ever did anyone any harm!