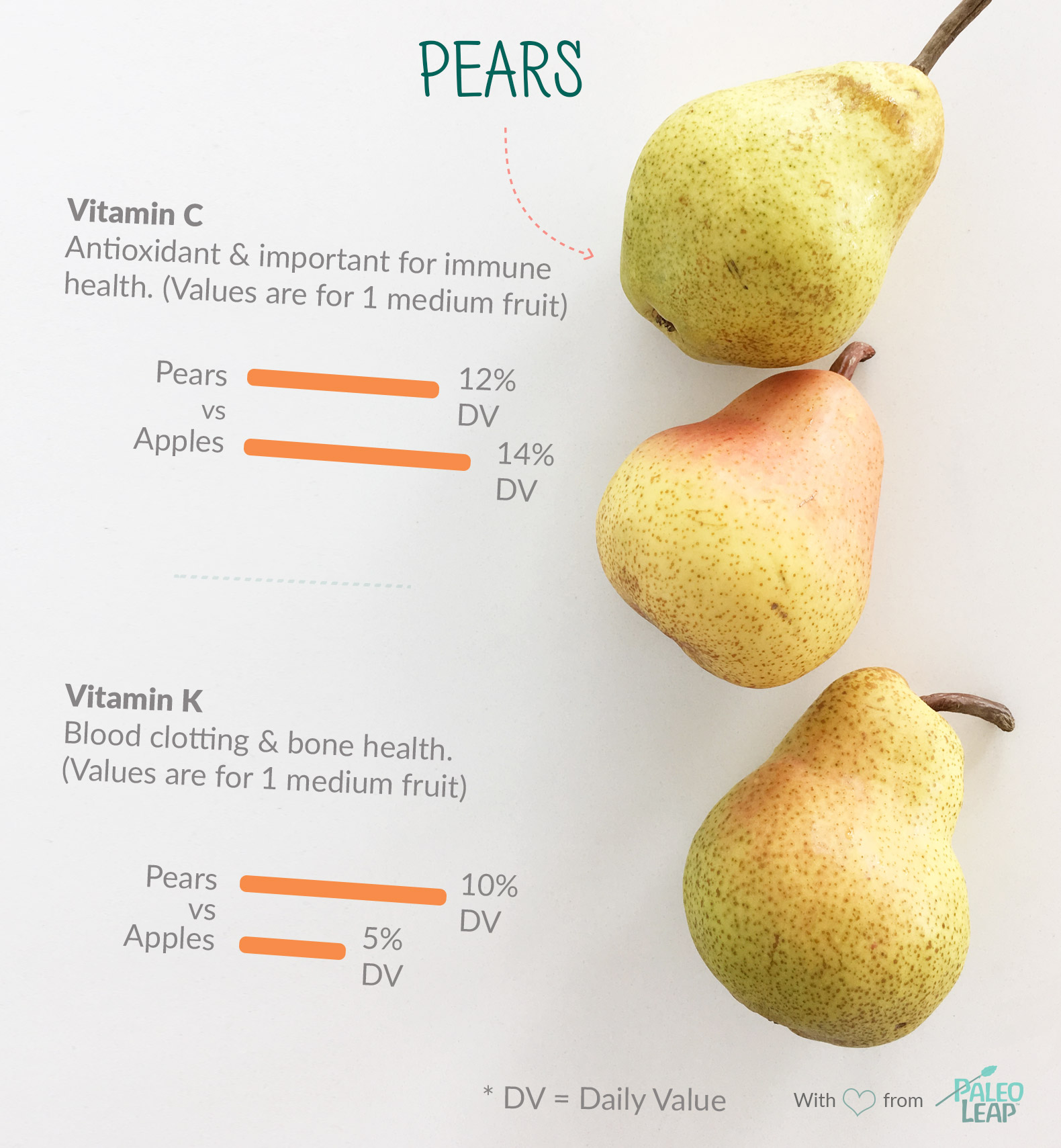 Pears have many varieties and come in an array of colors. They're also a great source of phytonutrients and anti-inflammatory antioxidants. Unfortunately, pears often contain pesticide residue and are advised to be purchased from organic growers. Because pears are easy to digest, many give pureed pears to their infants as one of their first foods -- another reason to purchase organic pears when possible.

Here's how a serving of 1 medium pear stacks up in the context of a typical Paleo meal:

Orange dots show how 1 medium pear fits into the typical nutrient profile of a Paleo meal.

Pears found in the store will often be firm and unripe, and need a few days to ripen. Press on the top of the pear; if it gives to the pressure, then the pear is ready to eat. If the top is too soft, the pear is overripe. Lightly speckled pears are fine, but avoid pears with bruises or dark soft spots.

Slice a pear and wrap each slice with a piece of prosciutto and sprinkle with cinnamon.

Serve pears, arugula, walnuts and pancetta with a tangy vinaigrette for a delicious salad.

Heat butter in a skillet and cook pears cut side down until browned. Add cinnamon, nutmeg and a dollop of coconut cream.

Caramelize pears with spices and serve alongside chicken or pork.