A pressure cooker isn’t exactly at the top of the list of necessary kitchen tools – it’s a nice-to-have, not an essential. But there’s a place in everyone’s kitchen for a few well-chosen nice-to-haves, and pressure cookers in particular can be really useful if you’re pressed for time with cooking or if you like to make a lot of certain dishes. So here’s a run-down of what pressure-cookers do, how to use them, and what your options are.

What Is a Pressure Cooker?

A pressure-cooker is not the same thing as a slow-cooker. Slow-cookers provide a very low heat for a long amount of time. A pressure cooker, on the other hand, shortens the cooking time – instead of taking hours, your braises and roasts are done in 45 minutes.

So how does that work? With a regular pot, even if you put a lid on it, some steam will escape out the top. This reduces the pressure inside the pot by literally letting off some steam. With a pressure cooker, the seal is completely tight, so all that steam stays inside the cooking chamber. This increases the cooking temperature, but by the magic of physics and chemistry, it does this while minimizing the chance of drying out the food inside.

The big advantage of pressure cooking is the time savings. This makes it great for Paleo staples that need low and slow cooking times – the prime example here is bone broth. Pressure-cooker broth is a surefire way of extracting a lot of collagen and making a very rich, velvety broth that gels beautifully in the fridge, all in just a few minutes. And it’s as easy as making broth any other way: just throw in the bones and the water and go.

Another great use of pressure cookers is tougher cuts of meat like brisket that would otherwise call for long braises. Slow-cooking is a powerful tenderizer, and it speeds up the process so you can break down all the fibers and get the same fall-apart tender texture, but in just a few minutes.

Hardier vegetables are also good candidates (think beets, parsnips, sweet potatoes – ones that would normally take a while to cook in the oven). These can often be cooked in just a few minutes.

On a more nutritional note, pressure cooking also requires less water than stovetop cooking, so more of the nutrients in the food are preserved.

The disadvantage of pressure-cooking is that you can’t really get things crispy – if you want crispy-skinned chicken or vegetables, you’ll have to finish them off in a frying pan, in the oven, or under the broiler. But it’s great for soups and stews, and other things that didn’t need to be crispy in the first place.

Not all pressure cookers are the same, so it’s important to pick one that actually fits your needs.

To start off with the obvious concern: no, it won’t explode. Some of the older models were very cheaply made and did pose an explosion risk, but that isn’t a concern these days. Modern slow-cookers have automatic safety locks that prevent them from exploding. Unless you’re doing your pressure-cooker shopping in a landfill from the post-World War II era, you’re safe.

One big distinction is between stovetop and electric pressure cookers. As the names imply, stovetop cookers use the heat from your stove, while electric cookers make their own heat. Here’s a run-down of some key differences:

Which one is right for you really depends on what combination of features you need.

Other than that, you’ll want to get one that fits into your available storage space (electric cookers are stored on the counter like slow-cookers; stovetop cookers can go with your other pots) and has the right food capacity. Pressure cookers come in all sizes from tiny little 2-quart cookers to giant 20+ quart models. For one or two people, 4 quarts is fine; for families, 6-8 quarts is enough. 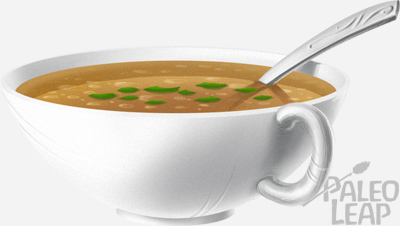 Bone broth is a great candidate for pressure-cooking.

If you can make it on a stovetop or in the oven, you can probably make it in the pressure cooker, but it’s not always easy to figure out exactly how to adjust the cook times. So here’s a variety of different recipes using all kinds of meat from the very lean (boneless skinless chicken breast) to the very fatty (lamb shanks) and everything in between.

Nobody needs a pressure cooker. Whole generations of humans lived their whole lives without them. But if you like to make a lot of broths and braises, or if you just find yourself constantly crunched for cooking time, it might be a worthwhile investment. It’s hard to argue with 1-hour bone broth!