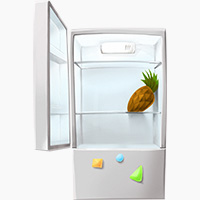 In 2012, a 17-year-old girl from England collapsed at work and had to be rushed to the hospital because she was having severe difficulty breathing. The cause wasn’t hard to figure out – she was suffering from acute micronutrient deficiencies after eating nothing but chicken nuggets and occasionally French fries for the past 15 years. Without a more diverse mix of foods to supply all the micronutrients she needed, she was dangerously anemic, and had to be put on high-dose nutrient supplements to save her life.

This is an extreme example, but it illustrates the very real dangers of a diet based only on one or two foods. And on top of the health risks, a one-food diet is usually too boring to stick with – obsessed chicken-nugget fans excepted, very few of us can put up with that kind of monotony for long. As a result, the watchword of healthy eating has become “variety:” eat a wide range of different nutrient-dense foods every day to avoid deficiencies and keep things interesting.

Rarely does anyone seriously argue the other side – that reducing dietary variety might actually be useful. It seems like such an obviously silly idea that it doesn’t even need discussion. But take a closer look at the chicken nugget story. The diet wasn’t only monotonous, it was monotonously junk. And it was followed with no variation for an absurdly long time. If you take away these problems, there are actually some interesting potential benefits to explore.

A temporary reduction in variety has important psychological benefits, especially for people who struggle with emotional eating, binge eating, or other forms of food addiction. For any other kind of addiction (alcohol, cigarettes, drugs, etc.), the answer is always complete abstinence: nobody suggests that an alcoholic should just “just drink in moderation,” because we all realize that it’s not going to work. But with food, complete abstinence simply isn’t a reasonable solution, so food addicts have to constantly struggle to “moderate” an addictive substance. No wonder so many fail!

While it isn’t perfect, a low-variety diet is psychologically very close to total abstinence (fasting), only it’s safer to do in the long-term without all the risks of extended fasts. Basically, it turns a major complaint about monotonous diets (they’re boring!) into a virtue. Getting bored with your food removes a lot of the reward that you get from eating. The urge to eat past the point of satisfying hunger fades, and meals become nothing more than a pit stop to refuel.

This kind of diet lets you practice the new food habits that you want to get into (eating only when hungry and not to hide emotions, for example) with low-variety training wheels on, and then slowly ease into the “real world” of less restricted food choices when you feel ready. If you’ve ever felt like you need a “reset” button for your relationship with food, an intentionally monotonous diet might be it.

The same psychological reaction makes a low-variety diet one of the many useful tools in the Paleo arsenal for effective weight loss. If food doesn’t taste good, it’s easy to eat just enough to sustain activity without overeating, because there’s no motivation to eat more. The perfect example of this is the Potato Diet, popularized by a man named Chris Voigt who ate nothing but potatoes for 2 months, and ended up having to deliberately stuff himself because he was losing weight too fast despite eating to satisfy his appetite at every meal.

From a more scientific perspective than one man’s self-experimentation, several studies have demonstrated the same principle. In one trial, researchers made a group of women work (by doing mouse-clicking tasks) to get portions of macaroni and cheese. Women who did this every day eventually stopped working for the food; they were sick of it and didn’t want any more. By contrast, women who only did the experiment once a week didn’t get bored with the food and kept working just as hard to get it.

Other Benefits of Less Variety

Less variety in the diet means less thinking about food. No time spent wondering “what’s for dinner;” no need to learn or cook new recipes; no worries about your weekly grocery list. After you get really good at cooking the few foods on your menu, the process of meal prep speeds up incredibly. Autopilot kicks in quickly, so you can save your energy for more important problems. A lot of very busy people adopt a monotonous diet for this reason alone; it just saves them from having to think about food unless they want to.

You’re also less likely to get sucked into stupid diet fads like goji or acai berries if you eat the same thing every day and don’t “browse” the supermarket. This saves a lot of money, and protects you from the potentially dangerous health consequences of relying too much on one “superfood.”

In general, there are two main strategies for making your diet less various: either embark on a drastically reduced-variety diet in the short term as a kind of therapy, or integrate elements of a low-variety diet into your regular eating plan. The shorter the intervention, the more restrictive it can be without running any risks: for a week, you can get away with almost anything; for a month, it’s worth taking the trouble to plan as balanced a menu as you can.

The first way of reducing variety (an extreme dietary change as a temporary intervention) is probably more useful if you need a psychological break from food. The most extreme way to do it is a mono-food diet (eating only one kind of food). This works, but it does present quite a large risk of nutrient deficiency: you can only do it healthily for a very short time. An equally effective strategy for a longer period is to make a very nutritious stew from meat and vegetables, and eat only that: no different food preparations, no variety of raw vs. cooked food, and no variety in taste or texture. This lets you add multiple different kinds of vegetables without perceiving a large variety: you get all the physical benefits of a varied diet, but the psychological benefits of reduced variety.

One possible set of stew ingredients to support an adult for one day would be:

Plugging this into Cronometer, it comes out to approximately 1900 calories, with roughly 50% fat, 30% protein, and 20% carbs. That’s a little high in protein, but you could always take out some of the ground beef and add coconut oil, olive oil, or another fat of your choice. And it blows the RDA out of the water for every single micronutrient except Vitamin B1 (69%), Vitamin D (which you don’t get from food anyway), Vitamin E (60%), and calcium (41%). For some additional calcium, a very easy tweak would just be to throw in some bones or seaweed.

Clearly, much more nutritious than a straight diet of potatoes! This stew still isn’t advisable as your only nourishment for the rest of your life (it’s a temporary therapeutic intervention, not a meal plan for the long run), but you could probably eat it for a month straight without danger, and a month is plenty of time to start working through some of the psychological issues that a low-variety diet can help with.

The mono-food/stew diet is the most extreme way of reducing variety without compromising nutrition. But it’s not that or nothing. If you’re not interested in going all the way, or if you’re looking for something to continue in the long term, try out the second way: incorporate less intensive strategies for reducing variety into your everyday meal plan. 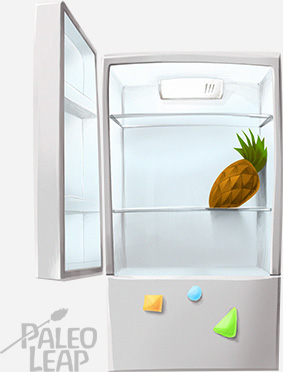 One technique is to pick just one meal and always eat the same thing for that meal. Most of us do this for breakfast anyway – we have one or two go-to recipes that we can make in a hurry. It’s not such a stretch to start doing the same for lunch, and leave the culinary experiments for the evening meal. This also saves a lot of time on meal prep and planning. An ultra-minimalist solution is just to buy 7 microwaveable bags of frozen vegetables and 7 cans of fish (or 7 pork chops, or 7 chicken legs – whatever meal-sized cut of meat you like), and eat one of each every day for lunch with some olive oil on the vegetables. Cook all the meat in one batch and refrigerate until needed for even faster prep.

Another way to use low-variety cooking to your advantage is to batch cook: make way more than you need when you do cook, and then eat the leftovers for the next few days. By cycling through different foods in your big cook-ups, you can reduce any risk of nutrient deficiency while still getting some of the psychological and time-saving benefits of a low-variety diet.

Another interesting option is to only eat what’s seasonal. Look up what’s in season in your area, and limit yourself to that. If you live in New York, that means no blueberries in February, no apples in May, no cucumbers in December…this drastically reduces your vegetable choices, unless you live in a few areas where almost anything can be grown year-round.

Just like everything else, there are both benefits and drawbacks to reducing the variety of foods on your plate. Nutrient deficiency can be addressed using some of the strategies above, and boredom even becomes a good point if you’re using a low-variety diet for psychological or weight loss reasons, but the fact remains that food monotony just isn’t for everyone.

That’s perfectly fine – if you’re happy eating the rainbow every day, keep it up! But an extremely limited diet can be very useful as a kind of temporary therapy, and even adding a few low-variety tweaks into your regular meal rotation can help reduce shopping, cooking, and cleanup time. The really important thing is to find a way of eating that fits into your own lifestyle and goals, and not to automatically dismiss anything as “obviously” useless without even considering that it might have something to offer.