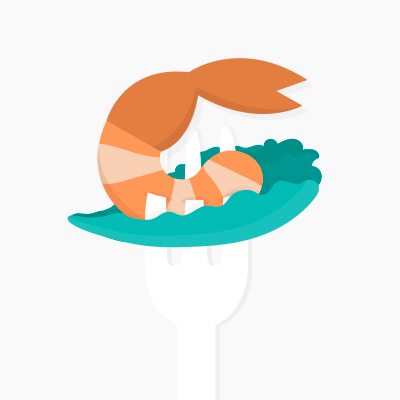 It’s not really a headline-grabber the way Vitamin D or calcium are. But selenium might be pretty important for gut health and thyroid health – and that ever-elusive target that requires both of them, weight loss.

Selenium is an antioxidant mineral. Most fruits and vegetables have at least a little, fish and seafood have more, and Brazil nuts are extremely rich in it. When you eat selenium, it’s sent to the liver, where it’s incorporated into several different types of selenoproteins. The antioxidant, anti-inflammatory action of selenoproteins in the body is how selenium has most of its health effects.

This review cites some studies showing an association (which doesn’t necessarily mean a causal relationship) between selenium and better health. Up to a certain amount, the more selenium you have in your blood, the lower your risk of all-cause death. There’s also some evidence that selenium is associated with better protection against cancer and cardiovascular disease, and possibly also bone density.

Then there’s the thyroid – especially in autoimmune thyroid diseases, several studies have found that patients with a selenium deficiency may benefit from supplementing. It might also be involved in chronic neurodegenerative diseases like Parkinson’s Disease and Alzheimer’s Disease.

On the other hand, there doesn’t appear to be a benefit from very high selenium levels. If you eat more selenium than you need, it just gets excreted; you can’t store up a reserve for later.

That makes it very Paleo-relevant, since so many people come to Paleo for precisely those reasons.

The question of selenium deficiency is also particularly important for people who live in certain parts of the world. Animals get selenium from plants, and plants get selenium from the soil, but plants don’t actually need selenium to grow. If the soil is deficient in selenium, the plant will keep growing exactly as usual, with nothing apparently wrong, but it won’t provide enough selenium for the animals or people eating it. Soil in Europe and New Zealand is generally deficient in selenium, while soil in the United States is typically richer (although this varies by area).

Selenium in the Gut and the Thyroid

It’s interesting to look at the gut and the thyroid together, because they affect each other. A lot of weight-loss-related thyroid problems come from autoimmune thyroid diseases, and all the evidence we have points to the gut as a powerful regulator of the autoimmune response. Selenium affects the aspects of gut health directly involved in autoimmunity. Could it all be related?

Selenium and the Gut

This review looks at the critical role of selenium in gut health. Selenium affects the gut flora and helps modify the inflammatory response in the gut. Selenium deficiency increases inflammation and oxidative stress, and the resulting damage to the lining of the gut can actually contribute to abnormal intestinal permeability (“leaky gut”). Here’s a picture from the article:

This review covers some of the ways that selenium is important for the thyroid gland.

In the thyroid, selenoproteins called deiodinases are important for activating and inactivating both T4 (the inactive precursor hormone) and T3 (the active version of the hormone). So selenoproteins have a lot of control over how much thyroid hormone you make. Other selenoproteins are also important to thyroid function in different ways, and some of them are very sensitive to selenium deficiency, especially if the person is also iodine deficient.

According to the review, in healthy people, selenium doesn’t have much effect on thyroid function. But in some studies on people with autoimmune thyroid diseases, selenium supplementation helped slow down the disease and generally reduce the problem (although it wasn’t a cure). The effect seems to be stronger in women than in men, and it’s not clear what the optimal dose is. On the other hand, some trials haven’t found a benefit, and it’s still not clear exactly how supplementing selenium helps improve markers of autoimmunity.

The author doesn’t address the potential effect of selenium on the gut as a factor in improving autoimmune outcomes, but from a Paleo perspective, the connection is tempting. If leaky gut is such a huge player in autoimmunity and selenium is so important for the integrity of the gut barrier, could the effects of selenium on the thyroid have something to do with the gut? This might explain why selenium supplementation in healthy people doesn’t have much of an effect on thyroid hormones, but selenium supplementation in patients with an autoimmune disease does help.

All of the studies cited above, even the selenium-positive ones, had one thing in common: caution about recommending selenium supplements for the general population. There is such a thing as overdose, it does have documented risks, and it’s very hard to give even a ballpark number for how much is safe to take, because that number would depend on the person’s baseline selenium status. Someone who was selenium-deficient to begin with would be able to take a lot more in supplemental form without having problems; someone who was already selenium-sufficient would need to be very careful.

But all of them were also very positive about selenium-rich foods. Foods rich in selenium include Brazil nuts (in fact, one study actually used Brazil nuts as a kind of whole-foods supplement), almost all kinds of fish and seafood, and possibly fruits and vegetables, depending on where you live.

“Your thyroid called. It said to eat me.”

Here are a few options, along with the RDAs for selenium:

Thyroid bonus: the seafood in this list will also contain iodine, another important nutrient for healthy thyroid function.

Eating more selenium will not magically fix all your gut and thyroid issues and also make you effortlessly thin. But it might be one piece to the puzzle. Since people with gastrointestinal disorders or chronic inflammatory diseases are at a higher risk for deficiency anyway, it might make sense for those people to prioritize foods rich in selenium as one part of healing – if nothing else, they’re delicious and nutrient-dense anyway, so there’s really no downside.