We've already covered one weird cover-up responsible for the demonization of saturated fat - in that case, the researchers hid data that challenged the ant-saturated-fat message. But there's been a whole new sordid cover-up story in the news recently, this time about the sugar  industry paying off researchers to make them look good.

Talking about cover-ups and conspiracies always sounds a little bit unhinged. It comes with a whiff of the Flat Earth Society or the people who think the US faked the moon landings because reptilians control the government. But all reptilians aside, sometimes cover-ups really do happen, and in this case there's actual evidence in real newspapers that the sugar industry had a direct influence on downplaying research results they didn't like. "Evidence" as in, documented in a major medical journal, covered by the New York Times, actually convincing to people who don't believe in reptilians or the Illuminati-type evidence. So here's a look at what happened and what it means for you. 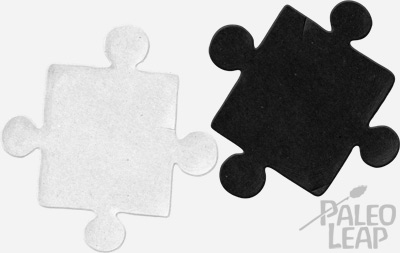 The story starts at the birth of low-fat nutritional advice in the 1950s and 60s. The sugar industry realized pretty fast  that this was a golden opportunity: scientists were already saying that fat caused heart disease, and recommending that it be replaced with carbohydrates. "Eat more sugar" wasn't the message the low-fat crowd intended to send - they wanted people to eat more whole-wheat bread and other complex carbohydrates. But in all the anti-fat furor, it was easy to slip sugar under the radar because technically sugar is a low-fat food.

John Hickson, a big name in the sugar industry in the 1960s, wanted to do exactly that. He proposed using "research and information and legislative programs" to focus attention on fat as a cause of heart disease and distract the public from research connecting heart problems and sugar. From the documents the researchers uncovered, it definitely looks like the Sugar Research Foundation had a deliberate plan to fund "research" that was basically pro-sugar marketing.

In the late 1960s, John Hickson and the Sugar Research Foundation funded a group of Harvard researchers reviewing the evidence that sugar, fat, and other nutrients were associated with heart disease. The researchers got nearly $50,000 in today's money from the Sugar Research Foundation to write their review. For that money, the sugar industry bought themselves some very cooperative scientists. For example, the New York Times quotes one of the researchers as writing to the sugar executives that "We are well aware of your particular interest and will cover this as well as we can."

In fact, according to the UCSF scientists who finally revealed the whole mess, the evidence for sugar causing heart disease was stronger than the evidence for fat. But the Harvard researchers made it look like the opposite, concluding that reductions in fat and cholesterol were the only diet changes that Americans needed to make. The sugar industry couldn't have asked for a more sugar-friendly paper. The researchers never disclosed who funded their study, so nobody knew it had been paid for by the sugar industry.

The UCSF researchers concluded that:

"Together with other recent analyses of sugar industry documents, our findings suggest the industry sponsored a research program in the 1960s and 1970s that successfully cast doubt about the hazards of sucrose while promoting fat as the dietary culprit in CHD [coronary heart disease]."

Most of the researchers who worked on that article have since died, but before that happened, one of the Harvard scientists eventually helped to write the first Dietary Guidelines, which would eventually turn into the Food Pyramid praising carbs to the skies and blaming saturated fat for everything wrong with Americans' health.

What This Means for You

It's one more piece of evidence that the entrenched low-fat dietary dogma was built on very shaky foundations. The idea that dietary fat causes heart disease has been repeated a million times, but that doesn't make it true. These things that "everyone knows" about diet, like the "fact" that saturated fat is bad for you? "Everyone knows" them because everyone has heard them repeated as facts, but in reality, they were based on shaky science and industry lobbying to begin with. Don't be afraid to challenge those "facts:" they're not Great Truths of the Universe.

The other moral of the story is: pay attention to who funds the studies you read. This kind of industry-funded

research hasn't gone away. The Sugar Research Foundation, which has since changed its name to the Sugar Association, is still trying to skew scientific evidence and hide the truth about sugar. Another huge industry group dedicated to distorting sugar science is the Coca-Cola corporation, America's biggest peddler of unnecessary dietary sugar, which just recently got busted for funding obesity research that downplayed the role of sugar in causing weight gain and promoted the total myth that exercise can make up for a diet full of sugar water.

Today, that early study couldn't quite be repeated because most journals require disclosure of funding sources. The New England Journal of Medicine, the journal where the original study was published, has required funding disclosures since 1984. But a lot of people don't read those funding disclosures - they're hard to find and often hidden away somewhere at the bottom of the article. Industry-funded research is frequently reported in press conferences and news outlets just like other research, so people who don't click through to read the actual study might not ever know it was funded by an industry group. Don't be one of those people. Look at who funded a study and take that into consideration when you decide what to believe.

Oh, and maybe don't eat too much sugar. Research shows it's bad for your heart.