There’s nothing wrong with white potatoes if they work for you. But not everyone does well with them – here are 10 other delicious vegetables that you can easily transform into fries.

None of these fries taste exactly like potato fries, but all of them have their own attractions, and all of them hit the spot for that finger-food something to dip in your ketchup (or garlic mayo, or sriracha…) alongside a big juicy burger and some salad.

If you have duck fat, it’s by far the superior fat for making fries out of just about anything. If not, any Paleo cooking fat will do the trick. Most of these recipes are for oven fries, because most of us don't want to deal with actual deep-frying in the kitchen, but you could also use the same spices and seasonings with an at-home deep-frying setup if you're up for it.

For the carb-counters, the list is arranged from lowest to highest net carbs per (roughly) 1-cup serving.

Zucchini is one of those versatile vegetables that works as noodles, or cheese…or fries! To get the crispy outside, you bread it in a Paleo-friendly flour, which also gives you the opportunity to add all kinds of herbs and spices for flavor.

Turnips don’t have to be bitter! Try baking them into a big plate of fries, maybe with some extra seasonings like chili powder or your favorite herb blend.

When you go to the grocery store for the first time to pick up some celeriac, just keep repeating to yourself that it tastes better than it looks. It’s downright ugly on the shelf, but chopped up with some salt and pepper, it makes some pretty tasty Paleo-friendly fries! 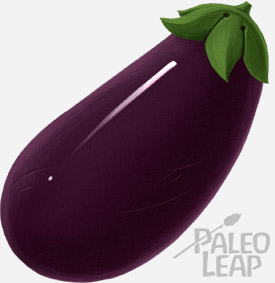 If you remember eggplant as a mushy or slimy vegetable, you’re in for a surprise with eggplant fries. They’re just another example of the way adding fat to vegetables changes them for the better in pretty much every possible way. Like zucchini, eggplant typically needs to be breaded before it’s transformed into fries, but that just gives you even more seasoning options.

Jica-what? Jicama is a vegetable that looks like a pale brown turnip. It’s about the size and shape of a slightly squashed grapefruit, and you can usually find it with the potatoes and onions. On the inside, it has a pleasant sweet-savory taste, and crisps up nicely into fries.

Butternut squash is a great less-starchy alternative to sweet potato fries for low-carbers who love the taste but don’t want quite that much starch. Try them salty, spicy, or herbed; they’re good with almost anything.

Parsnips are woodsy and sweet, with a fresh flavor that goes perfectly with anything herbal. 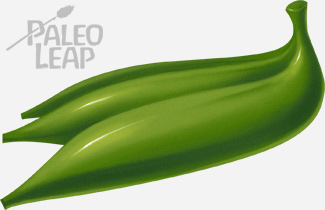 Starchier and hardier than bananas, plantains are a great alternative for sweeter fries. They’re not quite as sweet as sweet potatoes, but notably more so than white potatoes – if you can’t decide which flavor to go with, why not go with plantains for a little of both?