But did you know about all the other bad stuff it does? Here’s a look at three ways that oxidized LDL damages...

Tendons are the tough connective fibers that join muscles to bones. The most famous one is the Achilles tendon, at the back of your heel. Tendon problems are surprisingly common, especially in people who work out a lot or people whose jobs involve a lot of repetitive motions. And one of the culprits may be oxidized LDL.

In humans, high LDL cholesterol and low HDL cholesterol is associated with Achilles tendon injury. Based on that, this study looked at live mice and at human tendon cells (grown in a petri dish, not attached to actual humans). They found that the oxidized LDL accumulated in the mouse tendons and actually caused structural damage to the tendon tissue. When they tested human cells, they found that oxidized LDL also changed the gene expression in those cells. 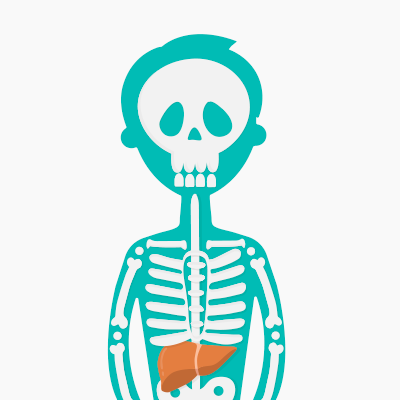 This paper and this one make the case for oxidized LDL as a major contributing factor to liver inflammation in NASH.

Beta cells are the cells in your kidneys that make insulin. Insulin is the hormone that you need – among other things – to properly digest and metabolize carbs. If your beta cells aren’t working, your insulin metabolism isn’t working, which makes it impossible to digest carbs, manage blood sugar, and do all that good stuff. Damage to the beta cells is a feature of both type 1 and type 2 diabetes (in different ways and for different reasons, but it’s there in both).

Basically, no matter what part of your body you’re looking at, oxidized LDL is bad news. And we haven’t even gotten to plaque in the arteries yet! But the point here is that even people who don’t have much reason to worry about arterial plaque or heart attacks still have a lot of reasons to avoid oxidized LDL.

At this point, the million-dollar question becomes how to avoid having high levels of oxidized LDL.

There are tons of studies on different things that cause or prevent LDL oxidation – after all, oxidized LDL is one of the major factors in cardiovascular disease, which is the #1 killer in the USA, so people pay a lot of attention to this stuff. But in practical terms, here are two of the simplest, most doable, and best-supported strategies:

Most of the studies quoted above recommended one simple therapy: antioxidants. There are dozens of different studies where researchers fed patients various foods or supplements high in different antioxidants (purple grape juice, tomato lycopene, tomato juice, cocoa powder, black tea , unrefined olive oil - you name it, someone’s done a study on it) and found that their subjects showed significantly lower levels of oxidized LDL cholesterol after the intervention.

Since there are so many studies on so many different foods, it can be hard to slog through it all. Luckily, that’s why literature reviews exist! In review papers, the authors go through all the studies on a given topic and decide what the big picture is. here’s a review of diet and LDL oxidation. The authors concluded that individual foods and supplements have some conflicting evidence, but that there’s strong evidence for overall antioxidant-rich dietary patterns. In other words, there’s weak evidence for any one food as The One True Magical Food that Prevents LDL Oxidation, but there’s a lot of evidence that a diet generally high in antioxidant-rich foods is beneficial.

The short version: eat lots of antioxidant-rich foods like fruits and vegetables, spices, coffee, tea, etc., but don’t worry too much about any one specific thing.

Several of the studies above also note that hyperglycemia, or chronically high blood sugar, makes cholesterol more vulnerable to oxidation. (here are some more really technical details if you want all the nitty-gritty). As this review notes, people with diabetes usually have high blood sugar after eating, leading to more oxidized LDL: this is is one reason why diabetes and heart disease are associated with each other.

So another way to prevent LDL oxidation would be to maintain good blood sugar control and avoid huge spikes in blood sugar.

Say, guess where you can get an antioxidant-rich diet that’s specifically designed not to spike blood sugar? This is a Paleo site, so no prizes for guessing that it’s Paleo – find a carb level that works for you and load up on the extra virgin olive oil, vegetables, and polyphenol-rich spices.

A good basic plan is to eat a lot of different antioxidant-rich foods (fruit, vegetables, spices, extra-virgin oils, coffee, tea – mix and match whatever is tasty to you) and find a diet that helps you control your blood sugar and avoid big blood sugar spikes after meals.