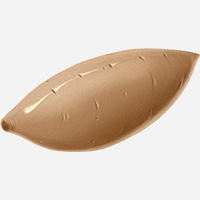 It’s the eternal Paleo dilemma: how many carbs? Some people feel fantastic on a nearly 0-carb diet; other people feel awful on that same diet but feel great eating starchy vegetables at every meal. And unfortunately there’s no secret Paleo palm reading you can do to figure out the answer the first time: trial and error is really the only way to go.

So instead of prescribing one carb level for everyone, here are 5 signs that whatever you’re doing carb-wise right now, it might need some tweaking. (This is assuming that you’re already eating Paleo to start with – if you’re totally new to the whole Paleo thing, go here for a quick overview)

It’s normal to have sugar cravings in the first couple weeks of eating Paleo no matter what you do. So if you’re totally new, don’t worry about it. But if you’ve been doing this for a while and it still takes Herculean efforts to walk past a donut shop without going in, you might have a problem.

If you’re eating a carb-heavy breakfast (dried fruit, honey, maple syrup, smoothies…) without much protein and fat, you might be hopping on the blood sugar roller coaster early, which could be setting up cravings down the line. Try reducing those carbs or putting them later in the evening. Focus on protein and fat at breakfast.

If your carbs are more spread out through the day but you’re still having a lot of sugar cravings, then it might actually help to reduce total carbs. This study found that subjects on a low-carb diet had fewer sugar cravings than subjects on a low-fat diet. The low-carb diet started at 20 grams/day (basically just a few salad vegetables at each meal) and slowly worked up to a level that worked for each individual subject. This suggests that if you’re constantly craving sugar, cutting carbs down to quite a low level might actually be helpful.

It’s worth noting that sugar cravings can also come from all kinds of things unrelated to carbs, like sleep debt, stress, and low mood. They can also just be a sign of hunger (sugar = quick energy, which your body is trying to get you to eat because it’s hungry), and you can sometimes get rid of them just by eating more food in general. So if tweaking your carb intake doesn’t solve the problem, try looking somewhere else.

This is the absolutely classic case of “taking Paleo too far:” Joe Paleo wants to lose weight fast, so he cuts out almost all carbs to the point where he feels almost guilty about his “high-carb” blueberries and avocados. A week later, he starts noticing that his legs feel like lead whenever he goes to the gym, and there’s no more bounce in his step when he runs. He powers through for the next two weeks, but the feeling doesn’t go away. What happened?

Joe probably needs to add some sweet potatoes back in after his workouts and stop stressing over the totally insignificant number of carbs in a handful of blueberries! It’s true that some athletes do fine on a low-carb diet, but many people don’t. (If you want to read more about carbs, low-carb diets, and exercise, check out this)

If your workouts have taken a nosedive, try adding carbs after each workout and see if it helps. A post-workout serving of starchy vegetables like sweet potatoes should be at least the size of your fist, possibly more.

If you have insomnia, you probably know it, but you can have sleep problems even if you’re technically unconscious for enough hours. If you sleep for 8 hours but still wake up tired, permanently groggy, or just unrefreshed, then your sleep might be low in quality even if the quantity is perfectly adequate.

If you have trouble falling asleep, pre-bed carbohydrates might help. Several studies (like this one and this one) have found that simple carbs effectively reduce the time it takes to fall asleep. This is probably because the carbs release insulin, which ultimately makes helps your body make more serotonin and melatonin (you can read about this in more detail here).

If you need some other tips for getting a great night of sleep, check right over here.

Bloating and gas can come from all kinds of causes, but one of the big players is dietary carbohydrates.

If you’re constantly feeling bloated and gassy, it might help to adjust your carb sources, either to reduce FODMAPs or to reduce fructose, or both. Some people may be so sensitive to fiber that even a very small amount of vegetables can make them feel gassy and bloated. But in that case, it might be worth seeing a doctor to work on your gut health and hopefully get back to a state where salad is no longer off-limits!

This one is tricky. If you ask some corners of the internet, they’ll say that every weight-loss problem can be solved by reducing carbs. This isn’t supported by the available scientific evidence, or by common sense. Many traditional hunter-gatherer diets are high in carbs, and plenty of people can eat high-carb diets and stay healthy their whole lives.

Then again, most people in traditional hunter-gatherer societies don’t start out with metabolic problems. For people in the modern world, especially people who had diabetes or blood sugar problems to start with, lowering carbs can be one easy and manageable shortcut to an effective weight-loss diet. If you’re significantly overweight or obese, and/or insulin resistant, lowering carbs might be a useful tool for weight loss.

On the other hand, some people actually benefit from increasing carbs for weight loss. How many of the following apply to you?

If this is you, then a low-carb diet might be putting unnecessary hormonal stress on your body, especially your thyroid. And that can actually stall or slow down weight loss. The human body will always fight back against weight loss to some extent, but there’s no need to turn that resistance up to 11. It might actually be helpful to add in some more carbs, especially after tough workouts.

Basically, a weight-loss stall is a sign to double-check your carb intake, but the adjustment might go in either direction. And just like sugar cravings, there are all kinds of carb-unrelated problems that might be going on here, so don’t get too fixated on carbs as the One True Answer.

What level of carbs works for you? How did you find it? Let us know on Facebook or Twitter!