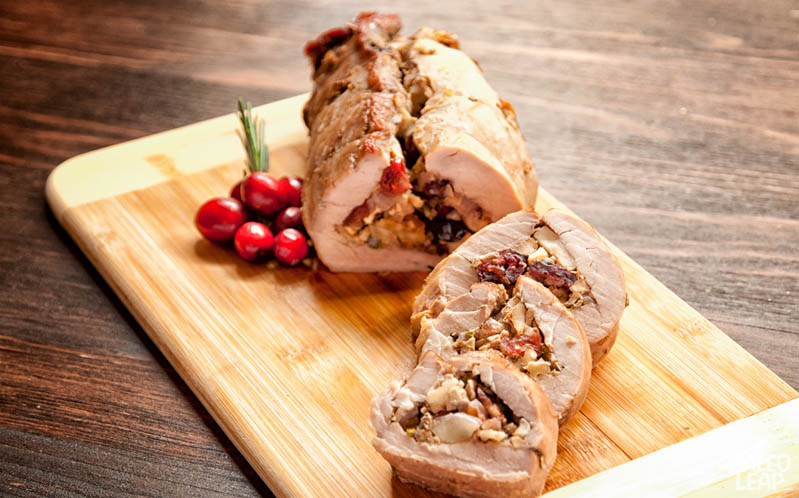 With a savory outside and a sweet, baked stuffing in the middle, this recipe is a satisfying end to a long winter day – not to mention proof that you don’t need any kind of bread to make a good stuffing!

The hardest part of this recipe is butterflying the pork, but once you get the hang of it, butterflying is nothing to be afraid of. The basic technique is to first cut lengthwise about halfway through the roast. You’ll now have a kind of “book” of pork, with two “covers.” Then angle the knife and cut horizontally almost all of the way through each of the “covers,” and unfold the pork (if this isn’t clear, take a look at the video – it really is worth a thousand words).

This may be tricky to a novice, but the first time is always the hardest. If you do happen to shred your tenderloin beyond repair, don’t panic: you can always use the meat to make pork and apple skewers, lettuce wraps, or spicy pork chili instead.

When you’re putting together everything for the stuffing, you might find that you have more stuffing than you need to fill the tenderloin; you can just toss it in the roasting pan alongside the pork. Serve it alongside a slice of the tenderloin, or save it to eat later as a snack on its own. You could even use it to stuff something else (like a nice bell pepper) later on – if you don’t eat it all up right away! 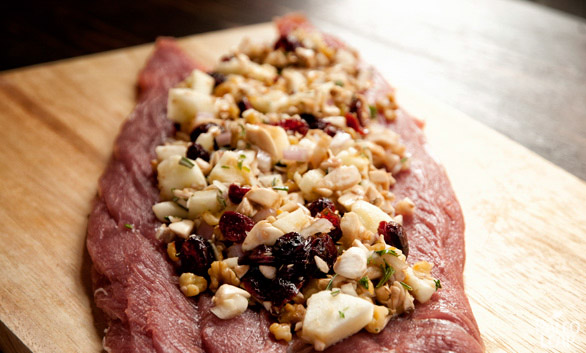 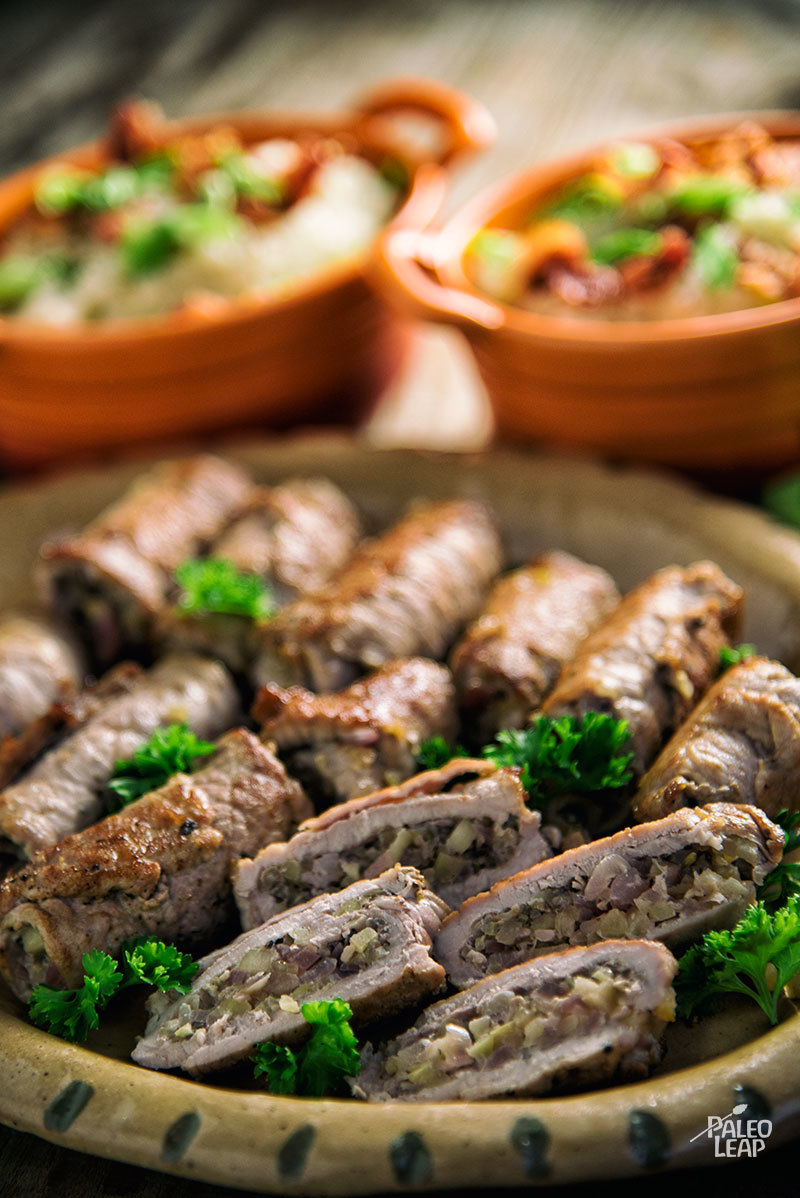 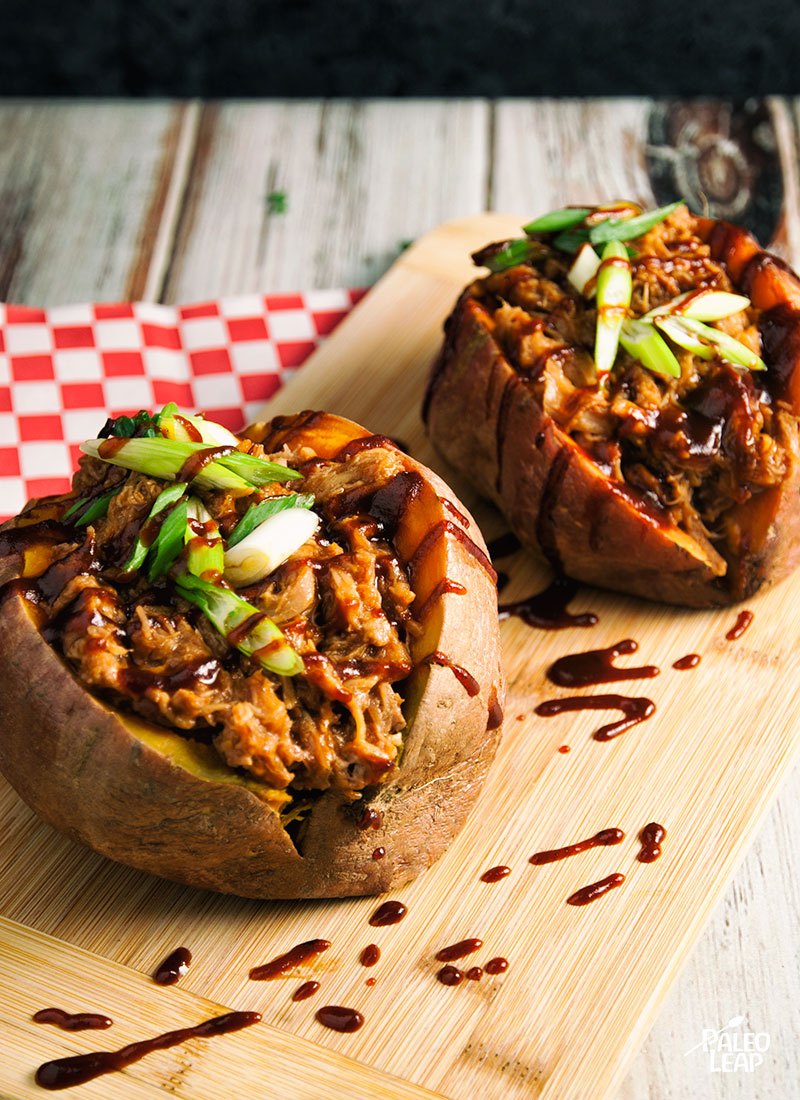