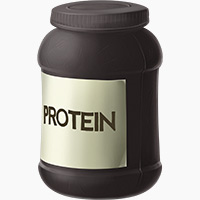 “High protein” is the new “low fat:” all kinds of processed junk food from breakfast cereal to freezer dinners is getting a high-protein makeover in an effort to make it look healthier, and nutritionists are all busy telling us to eat more protein for appetite control and weight loss.And unlike the low-fat craze, the current high-protein moment does actually have some research in its favor: it actually is true that eating more protein tends to help people lose weight more easily (get a closer look at the evidence for this here). But does that still hold true on keto?

Keto was originally designed as a high-fat diet, with enough protein to keep you alive but not much extra. So how does protein fit into keto? Is it still good to eat a high-protein diet even if you’re trying to get into ketosis? Will a lot of protein throw you out of ketosis?

The bottom line is that depending on your reason for eating keto in the first place, eating a relatively high-protein diet may be helpful. There’s some evidence that up to 30% protein can be fine for weight loss on keto and it might be a good option for people who primarily want to lose fat and/or gain muscle. Check out all the research below!

Keto was designed as a low-protein diet…but does your keto have to be?

According to this review, the classic ketogenic diet, as it was originally developed for kids with drug-resistant epilepsy, has a 4:1 or 3:1 ratio of fat:everything else. That would be 3 or 4 grams of fat per 1 gram of (protein + carbs). Since fat has more calories per gram than protein or carbs, that translates to roughly 6.75-9 calories of fat per 1 calorie of (protein + carbs). Some newer versions use lower ratios (aka less fat, more protein and carbs). So the diet might go up to 10-15% of calories from protein, depending on the exact ratio and the carb target.

The reason for the protein restriction on the classic ketogenic diet is simple: to control epilepsy, the patient needs to be making a lot of ketones. Just like carbs, protein triggers the production of the hormone insulin, which suppresses ketone production. With all other things being equal, eating more protein = producing fewer ketone bodies = less reliable seizure control. So for optimal seizure control, protein is kept low.

On the other hand, most people who eat keto for weight loss aren’t worried about seizures at all, which raises the question of whether these super low protein targets are still necessary. If you make more ketones than you need and they just come out in your urine, you haven’t accomplished anything except a nice photo of your ketostix for Facebook or Instagram. Ketones are a bit like vitamins: it’s good to have enough, but if you take a megadose of vitamin B6 and it all just goes into the toilet, what did you actually gain?

You personally might not need an ultra-high rate of ketone production to stay in ketosis, and you might do better eating more protein, even if it cuts down on the ketone numbers a bit. After all, you don’t see your ketone bodies when you look in the mirror; you see your actual body, and if your actual body is changing the way you want it to change, then your mission is accomplished no matter what the ketostix say. So with that in mind, check out some of the research on protein and keto:

First, a look at some studies on protein in adults trying to lose weight with keto (NOT kids with epilepsy, because if you’re reading this you’re probably not 5 years old and having uncontrollable seizures).

Here’s a study where the researchers tested a ketogenic diet with 30% calories from protein (4% carbs, 66% fat) on a group of 17 obese men. Take this with a grain of salt because the study only lasted for 4 weeks, but the researchers found that the 30% protein keto diet successfully caused weight loss and reduced hunger in the men. That level of protein didn’t kick anyone out of ketosis (all the men were in ketosis during the study diet), and the high-protein keto diet outperformed a moderate-carb diet.

From that study, it looks like otherwise healthy adults who are eating keto for weight loss can go up to at least 30% protein without compromising their weight-loss goals (although maybe these men might have been even better off with 15% or 20% protein – the study didn’t test that.

Most popular meats have a relatively high amount of protein by keto standards, so it’s not surprising that these subjects ended up with a higher-protein version of keto.

In another study of a high-protein ketogenic diet, researchers didn’t specifically give subjects a protein target, but asked them to stay under 20 grams of carbs per day, with unlimited meat and other 0-carb foods. The subjects naturally ended up eating about 26% protein (at least, based on their food diaries, which aren’t super accurate) and over the 24 weeks of the study, they had great results for weight loss, with an average of 9.4 kilograms (21 pounds) of fat lost in the low-carb group.

In other words, if you’re looking for weight loss, evidence suggests that it’s very possible to lose weight on a higher-protein version of keto.

In other studies of non-ketogenic low-carb diets, people eating more protein diet also tend to do better than people eating less protein. For example, this study compared a high-protein and a normal-protein diet, both low in carbs but not ketogenic (25% energy from carbs). The high-protein diet was 20% protein, or 1.1 gram of protein per kilogram of body weight per day (if you weigh 150 pounds, that would be about 75 grams of protein). the low-protein diet was 10% protein, or 0.7 grams per day (for a 150-pound person, that’s about 48 grams of protein). The high-protein group did a lot better with their weight loss than the low-protein group.

In general, higher protein diets have some advantages for fat loss, especially because they help manage hunger. If you want to gain muscle (or keep it while losing fat), eating a bit more protein is likely to be helpful – yes, it’s an old cliche that bodybuilders are totally obsessed with protein, but they’re obsessed with it because it works.

What does 30% calories from protein actually mean?

This can all be a bit hard to get a handle on, so just for reference:

An addition to consider: MCTs or Coconut Oil

If you want to eat more protein but you’re scared of getting thrown out of ketosis, you might consider eating more protein and also eating more medium-chain triglycerides (MCTs). Because of the way they’re digested, MCTs are super ketogenic fats, so they give you a bit more leeway to eat protein and carbs. The best dietary source of MCTs is coconut oil (you can also buy MCTs in supplement form if you can’t handle coconut oil).

Hint: recipes like this keto taco skillet and this cilantro-lime chicken recipe combine protein and MCTs in one delicious package for ultimate keto convenience.