At this point, probiotics are old news. They’re so well-established that you can walk into any grocery store and take your pick of probiotic novelty foods, some of which are so silly it’s actually hilarious (probiotic tea bags – as if any species of probiotic bacteria could survive a dunking in boiling water!).

But in all the hype about “probiotics,” it’s easy to forget that “probiotics” is really an umbrella term that includes all types of bacteria with beneficial effects on human health. When a study uses a “probiotic” to achieve some kind of health improvement, the researchers aren’t just giving their patients every known probiotic strain of bacteria; they’re picking particular species.

Different probiotic species work in various different ways – for example, they can crowd out dangerous bacteria by competing with them for food, or they can help modulate the gut immune response, or both, or something else completely. There are hundreds of different strains of beneficial bacteria, and they all have different effects. So is it better to focus on particular kinds? Could some of them actually be harmful? Or should you go for as much diversity as possible without emphasizing one species over another?

To a large extent, we just don’t know. For example, we know that obesity is associated with changes in the gut microbiome, but it’s hard to pin down specifically which species are “good” or “bad,” or whether it even makes sense to talk about “good” or “bad” species in the first place. The same goes for most things from diabetes to acne to mental health: it’s very obvious that the gut flora are important, but it’s much less clear how that translates into the labels on a jar of probiotic pills.

But on the other hand, there is some evidence specifically suggesting that certain strains of probiotics may be particularly good for certain conditions. Here’s a look at just a few of the studies that specifically looked at the effects of actual probiotic supplements or foods in actual humans. Something might be great in theory, and it might be great in rats and mice, but the true test is how well it works in actual people.

Antibiotic-associated diarrhea is an unfortunately common problem, and it’s not really surprising considering how badly antibiotics can mess with your gut flora. Broad-spectrum antibiotics kill everything they touch, which means they take out the good guys with the bad. This leaves space for potentially pathogenic bacteria to grow, which can cause diarrhea or other intestinal issues.

This review looked at particular probiotic strains that were effective against antibiotic-associated diarrhea. Overall, probiotics were more effective than placebo, and most of the research was done on lactobacilli, the bacteria found in yogurt and fermented foods like sauerkraut and kimchi. There are a lot of different strains of lactobacilli (you might recognize L. Acidolphus from the back of yogurt containers; that’s one of them). The most effective strains seem to be Lactobacillus GG and Saccharomyces Boulardii (abbreviated S. Boulardii).

For IBS and other Functional Gastrointestinal Disorders: Bifidobacteria, Maybe.

A functional gastrointestinal disorder is a problem where there’s no obvious physical cause of symptoms, but the symptoms are still there. You’re not constipated or bloated or having diarrhea because you have a virus or parasite; there’s nothing physically wrong with your digestive system…but the problem won’t go away!

A recent review and meta-analysis looked at all the data for probiotics in IBS and chronic idiopathic constipation (translate “you’re constipated and the doctor doesn’t know why”). The researchers found:

Bifidobacteria include anything labeled as “B. _______” (for example, B. longum or B. infantis). If you’re trying to manage IBS or constipation, look for that on the probiotic bottle.

For Weight Loss: Nobody Knows

Gut flora are strongly connected to obesity. There’s some evidence, especially in animals, that 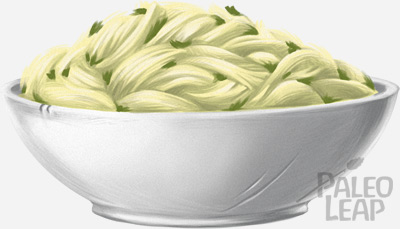 Are probiotic foods like sauerkraut better than pills? Again, it’s not clear.

But you’re a human, not a mouse. A recent review found no evidence that probiotics in general, or any particular strain in particular, produced weight loss by itself. But there weren’t many studies to analyze, and their conclusion was “we need more data,” not “probiotics are useless.” A few points to consider:

It’s also possible that some forms of probiotics may promote weight gain, especially in people who are malnourished (in which case it would actually be a benefit).

For Mental Health: Nobody Knows

It’s becoming increasingly clear that the gut flora can affect areas of the brain involved in mood and emotional health. From increased rates of depression in people with Irritable Bowel Syndrome to studies associating various mental illnesses with gut flora imbalances, an unhealthy gut is bad news for the brain.

Unfortunately, there aren’t a lot of studies in real live humans to support probiotics specifically:

Remember What we Don’t Know

When it comes to healthy gut flora, there’s so much we don’t know that it’s very hard to start suggesting specific strains for particular diseases or problems. It’s not clear at all what specific probiotic foods or supplements are most helpful for fighting inflammation in general, or maintaining overall gut health in the absence of any particular problem. Maybe it doesn’t even matter, and the best thing is really to get a diversity of bacteria rather than a lot of any particular type.

That doesn’t mean a healthy gut biome isn’t important, or even that probiotics aren’t useful; it just means that probiotics alone are only one piece of the puzzle. Good gut health doesn’t come out of a bottle. If you’re managing a chronic health condition, a probiotic might be helpful – but keeping your gut flora happy also means sleep, exercise, stress management, and healthy food.

Also, don’t forget that quality is important: a low-quality probiotic, or one that hasn’t been treated well may be useless even if the label says all the right bacteria are in it. Here’s how to choose a good one.

Think of a probiotic supplement as one part of your gut-healing strategy. It’s nice to see research on what particular strains may help your particular problem, but it’s even better to have a multi-pronged approach so you can start healing even without the most perfectly optimal probiotic for you.