What to eat is one problem, but what about when to eat it?

A lot of theories about meal timing are based on when people “would have” eaten in the Paleolithic. Some people advocate fasting all day and then eating a big meal at night, on the grounds that we probably would have hunted all day and then feasted at night. Other people argue for grazing throughout the day, because we’re talking about hunter-gatherers after all; it’s not like fresh mammoth meat would have been our only source of food.

You can speculate about this endlessly but so much of it just ends up being historical fiction because really, we have no idea. And it doesn’t even matter that much in the end. We have a lot of data about how meal and nutrient timing affects actual humans in the modern food environment (which is where we actually live). Why not use that instead of playing caveman make-believe?

If you actually look at studies on meal timing and health, it’s pretty clear that the total number of meals doesn’t matter that much, unless it’s somehow uniquely important to you personally for some individual reason or preference. Eating in the morning vs. at night might have significant effects, but the benefits depend on what your hormones are like going in.

The idea that you can “stoke the metabolic fires” by eating more frequently is a total myth. Assuming you’re eating the same amount of food, it makes no difference whether you eat it as one huge feast, or whether you spread it out over 10 mini-meals so that you’re basically eating all day.

As for hunger: this study put people on 1 of 2 diets: 3 meals/day or 8 meals/day. The amount of food was the same. The 8 meals/day people 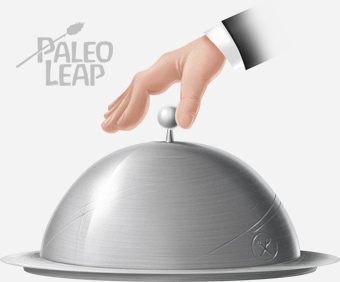 were actually hungrier than the 3 meals/day. A review of previous studies found that eating more often had little to no effect on appetite. Another review gives evidence that breaking your food into anything from 3 to 9 meals/day just doesn’t seem to affect weight loss at all.

What about fewer meals per day (aka intermittent fasting)? This review went over the evidence - leaving out studies on mice, only one study met the reviewers’ quality criteria. The study used a 20/4 design (20 hours of fasting, 4 hours where subjects were allowed to eat). All subjects were healthy, normal-weight young men. The men reduced their calorie intake, even though they were instructed to keep it the same, so the fasting “worked” almost too well. They all lost weight.

On the other hand, one study in healthy, normal-weight young men doesn’t generalize to everyone (Overweight people have differences in hunger/fullness signaling, so the results of normal-weight subjects might not apply to them. What about older people? Women?). Anecdotally, some people just don’t do well on such a restricted feeding window.

This review also goes over some evidence that it’s not terribly important what you pick, provided you’re consistent about it. Inconsistent meal timing was more strongly associated with blood sugar problems than any particular pattern.

Should the Bulk of your Calories come in the Morning or at Night?

The goal of calorie timing is to align your food intake with the natural cycle of hormones that run your body’s natural wake/sleep cycle. Take a look at this infographic: eating a meal raises levels of cortisol, which is best-known as a “stress hormone” but also a general “be-awake-now” hormone that naturally peaks in the morning and slowly declines over the day. When cortisol peaks in the morning and declines over the day, your metabolism is happy and your health in general improves. A flattened pattern of cortisol, or chronically high cortisol, causes all kinds of problems including (but not limited to!) weight gain.

Judging from this, it would make sense to eat most of your food earlier in the day (when you want cortisol to be higher) and avoid huge meals late at night (when you want cortisol to be lower). Insulin sensitivity and carb tolerance is also better in the morning. Studies in animals have found that you can make a mouse gain weight just by feeding it when the mouse ought to be asleep. In humans, there’s a disorder called Night Eating Syndrome, where people aren’t hungry during the day but eat huge amounts of calories at night, even waking up in the middle of the night to keep eating. NES is strongly associated with obesity and hormone dysfunction.

This study found that overweight and obese women who ate the bulk of their daily calories at breakfast lost more weight than women who ate the bulk of their calories at dinner. The breakfast-heavy group also had better insulin sensitivity and blood sugar control. This study found similar hormonal benefits for women with PCOS. This isn’t just because people who eat more at night are staying up later and sleep-deprived; there are measurably separate problems from eating a huge meal late in the evening.

But Then it Gets Complicated!

OK, but on the other hand, consider this study. The researchers looked at obese police officers, divided into two groups. Both groups got the same amount and type of food every day, but in one group the carbs and calories were concentrated at the evening meal and in the other group they weren’t. The night-time carb/calorie group had more weight loss and better hormonal/metabolic health. So...insulin sensitivity and glucose tolerance is lower at night, but eating a slightly larger, high-carb meal at night improves weight loss? What?

Also, remember the intermittent-fasting study from above, where the compressed feeding window automatically reduced calorie intake and caused weight loss? The feeding window was at the end of the day, around dinner time, so the subjects were gorging themselves with a whole day’s worth of calories at night, and losing weight on it! Would they have gotten even better results from stuffing themselves in the morning? Maybe, but that study hasn’t been done yet.

We’re also naturally hungrier at night, so if it’s “natural” to do anything with meal timing, it’s probably eating more at dinner.

As you can see: it's complicated. And it’s hard to draw any conclusions. For one thing, the researchers didn't really track sleep or light exposure, which could completely change the subjects' metabolic health and responses to food. Calorie restriction itself also changes the sleep-wake cycle (and if you’re losing weight, you’re almost certainly restricting calories regardless of whether you count them or not, which is a completely different question).

Based on the evidence we do have, here’s some take-away advice:

The short version: it’s not terribly important when you time your carb/protein intake relative to your workouts, as long as you get enough carbs and protein that day. The long version is here, if you want it.

Meal timing is about social, psychological, and individual factors as much as it is about general biology. There’s no clear advantage for eating more than 3 meals per day, and there may be an advantage for eating fewer than 3 meals a day but the research on humans is very thin on the ground. For meal timing, people who struggle with night-time hunger or cravings might try shifting to an earlier eating pattern and a bigger breakfast. But on the other hand, there’s also evidence that eating your largest meal at dinner isn’t necessarily bad, if it works for you.