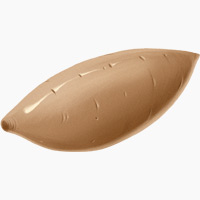 One of the biggest reasons why people go Paleo is the metabolic benefits. Most people find Paleo to be very therapeutic for a whole cluster of carb-related problems: high blood sugar (or the rollercoaster of highs and lows), insulin resistance, and all the related issues. These issues can make weight loss difficult or impossible, but on the flip side, addressing them through diet can make it easier and more pleasant than you ever thought could happen!

On the other hand, though, there are a lot of myths and half-truths floating around about diet, exercise, and carb metabolism. So here’s a quick review of what it all means, and the evidence supporting various different complementary strategies for improving your carb tolerance (preview: it’s so much more than dietary carbs).

Note: This article is not written for diabetics. Diabetes is a very complicated disease and strategies that are right for other people might not be appropriate. If you have diabetes, see a doctor!

What Is “Carb Tolerance”/Insulin Sensitivity?

(If you already know how insulin and glucose work, this section has nothing new for you; just skip down to the next one)

Very simply put, insulin sensitivity (or “carb tolerance” in everyday language) is a healthy hormonal state that allows your body to digest and store carbohydrates without a problem.

In healthy people, here’s how it works:

Unfortunately, that system doesn’t always work quite so well. Insulin resistance is what happens when insulin tries to store glucose, but the rest of your body resists the insulin signal: it won’t let the glucose in. Glucose just chilling in the bloodstream is dangerous, so it gets stored as fat – not the result most of us were hoping for.

If you’ve been around the Paleo world for any length of time, you’re probably familiar with an explanation that goes like this: eating too many refined or simple carbs overwhelms the body’s capacity to store glucose, causing insulin resistance and eventually diabetes.

It’s true that eating a lot of refined carbohydrates is one cause of insulin trouble – see this study, for example, but just blaming “carbs” is missing the point.

For one thing, plenty of people in traditional cultures eat a high-carb diet but don’t get diabetes – the Kitavans are the most obvious example. And a very low-carb diet can actually cause insulin resistance as part of the starvation response.

Carbs are one piece of the puzzle, but the puzzle doesn’t end there. So instead of just carbs, take a look at a few other things that can contribute to insulin resistance:

Instead of just looking at carbs (which don’t cause insulin resistance in the absence of other factors), it might be accurate to say that “the modern diet” or “a modern diet high in refined carbs among all kinds of other bad stuff” causes insulin resistance. Sure, that diet is high in refined carbs. But it’s also high in inflammatory Omega-6-rich junk oils like corn and soybean oil and gut irritants like wheat. It’s typically excessive in sugar and calories, which is a great way to gain some visceral fat And it’s accompanied by the chronic stress of sitting in traffic and working overtime, and the crazy pace of a life so fast nobody has time to relax.

That’s the difference between the average couch potato (high-carb, high-junk, high-stress, insulin resistant) and the average Kitavan (high-carb, low-junk, low-stress, insulin sensitive). Insulin resistance is not “just about carbs.” And fixing it involves a lot more than “just cutting carbs.” Fixating on carbs is easier, but it’s not the whole story, and probably won’t get you the best results. So read on to see what various studies have tested and how it turned out.

Paleo and Insulin Sensitivity: Carbs and Beyond

Even though insulin resistance isn’t all about carbs, lowering carbs from high to low-moderate can still help – but if you actually look at the research, you might be surprised at how many carbs you can “get away with.” Paleo reduces carbs to an insulin-sensitizing level almost automatically even without restricting starchy vegetables like sweet potatoes!

For example, this review found that low-carb diets were better for insulin resistance than low-fat, but if you look at the actual “low-carb” diets involved, most of them were around 40% carbohydrate! To get a 40% carb Paleo diet, you’d have to eat a big potato or sweet potato with every single meal. Most people would just get bored of that many potatoes, so Paleo will naturally be even lower in carbs than the “low-carb” diets that helped in that review. If you want to try full-on ketosis, it may be useful (especially as a temporary therapeutic tool), but all the evidence suggests that it’s still possible to improve carb tolerance on a moderate-carb Paleo diet.

Going Paleo virtually eliminates refined carbs, but that still doesn’t address all the problems with the modern diet that lead to insulin resistance. Another biggie is chronic, low-grade inflammation. Some strategies for managing inflammation include:

All these strategies will also help keep your gut flora happy – and as usual, gut flora probably have something to do with the problem, even if we aren’t sure exactly what.

Exercise gets its own heading because it helps in so many different ways. For one thing, it’s powerfully anti-inflammatory – both because of the exercise itself and because of the weight loss it can help with. It also depletes stores of glucose in your muscles, which helps improve insulin sensitivity by providing more storage capacity for glucose in the first place.

The research backs that up. According to this study, weight loss induced by exercise was much more effective at improving insulin sensitivity than weight loss induced only by calorie restriction. Both aerobic (“cardio”) and anaerobic (weightlifting, sprinting, strength training) exercise has shown benefits in various different studies. This review (free full-text) has a good summary of recent evidence on exercise and insulin sensitivity, although you’ll have to scroll down to the second half to read it.

Paleo is a great diet for metabolic healing, but not just because it lowers carbs! You can do all kinds of non-carb-related things to improve insulin sensitivity: reduce inflammation, get enough sleep, manage stress, and lose weight if you have weight to lose.

It’s also important to note that an insulin-healing diet doesn’t necessarily have to be extremely low-carb. Even if a low-carb diet helps in the short term, the goal shouldn’t be to shun carbohydrates forever. That’s a therapeutic tool, but the ultimate goal should be regaining metabolic flexibility and normal insulin signaling, so you can enjoy the benefits of carb-rich foods if and when you want them.