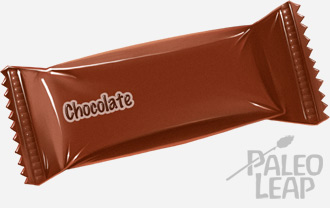 Any kind of cravings can be the death of good dietary intentions, but menstrual cravings get a special mention because they’re so common (roughly 1/4 to ½ of premenopausal women, depending on which study you look at) and they can be so intense.

So where do those cravings come from? Looking at the evidence shows that they’re probably not a direct effect of hormone shifts (which affect hunger, but not cravings) or caused by a nutrient deficiency. They’re more likely to be a complicated combination of mood changes, cultural factors, and the woman’s level of dietary restraint (i.e. whether or not she’s really worried about weight and dieting). Here’s a look at where menstrual cravings come from and what kinds of nutritional strategies help with fighting them.

First of all, it’s important to distinguish premenstrual hunger from premenstrual cravings. It’s actually normal for a woman to be hungrier right before her period, because her metabolism speeds up at this time of the month, so she’s burning more calories.

Healthy women naturally eat more during the luteal phase (the part of the menstrual cycle right before bleeding starts), and one study found that they also eat more protein and specifically more animal protein. Other studies have shown an increase in carb consumption. It’s not a huge difference, but this really is a documented thing that happens, and there’s no reason to fight it because it’s completely normal.

How do you know if you’re experiencing premenstrual hunger? It’s probably hunger if…

On the other hand, cravings for a specific food won’t be satisfied by chicken and broccoli, and a lot of women do crave particular foods for reasons unrelated to hunger. The most common menstrual-cycle associated craving is chocolate – this study found that around one fifth of American women reported craving chocolate around their period.

Is it Just Cultural?

One explanation is that it’s cultural. Women in different countries crave different foods during their menstrual cycle; there’s no universal commonality. For example, this study explains that chocolate isn’t a particular focus of cravings outside of North America, and most languages other than English don’t even have a word for “craving.” But even if part of it is cultural, that doesn’t make the craving less real! And there are some interesting biological explanations beyond just cultural expectations.

Dysphoria is a fancy word for “feeling down in the dumps.” Dysphoria can trigger sugar cravings completely independent of menstruation because – and this is the really unfair part – self-medicating with sugar actually works. Not in the long term, but in the short term, it turns down stress hormones and raises mood. The fact that it really does work is motivation to keep doing it the next time.

Some women have hormonal changes right before menstruation that make them feel weepy or sad. If it’s bad enough to be actually diagnosed by a doctor, it’s called premenstrual dysphoric disorder (PMDD), but plenty of women without PMDD still get sad before their period. Women with PMDD have a particularly noticeable increase in food intake just before their period starts. PMDD is associated with higher BMI and higher craving for sweet-fat food (think ice cream, cookies, chocolate fudge…). 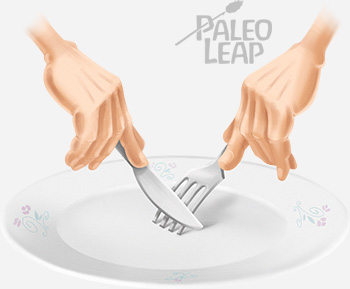 just in general, without any link to their period) had…

The researchers suggested that some women may try to compensate for normal and healthy fluctuations in their weight over their menstrual cycle by severely restricting food at those times. This could cause the women to feel stronger cravings but also more guilt about them, and gain weight when they’re hungry and irritable so the diet backfires.

There might also be a factor of social “permission” to eat chocolate at that point. If a woman is using willpower to restrict her diet and feeling deprived, she might be more ready to give in to cravings around her period because she already has a built-in excuse. (Because people really, really aren’t designed to “diet” with willpower and it doesn’t work in the long term.)

No Evidence for Nutrient Deficiency

There’s a persistent myth that nutritional deficiencies (usually magnesium) cause chocolate or sugar cravings. There’s no evidence to support this and it doesn’t make sense anyway. Only North American women crave chocolate during their menstrual cycle, but North America doesn’t have a world monopoly on magnesium deficiency.

The same chocolate study went into details about the question of hormones. Nobody has ever found a link between estrogen or progesterone levels and cravings in humans, and manipulating women’s hormones doesn’t seem to weaken or strengthen cravings. Another study found that women on the pill had very similar food cravings and consumption during the week before their period than women not on the pill. Estrogen does have a strong effect on hunger, but that’s not the same thing as cravings.

Also, if hormone fluctuations caused chocolate cravings, you’d expect all the women who crave chocolate around their period to stop after menopause. But that doesn’t happen. According to this study, only about 35% of menstrual chocolate-cravers stop craving after menopause.

There’s also no evidence that chocolate would actually have a significant effect on hormone levels, so the desire to balance out hormone levels can’t be an explanation for why chocolate in particular is such a highly craved food.

What to Do About Menstrual Cravings

Knowing where cravings do and don’t come from is nice, but what about the practical side of things?

The studies above suggest that it’s not helpful for women to try to micromanage their weight over their menstrual cycle, and that going on super-strict diets exactly when your metabolism is highest and your body is hungriest is a bad idea. So far, so much common sense.

As for everything else – if low mood is the cause of cravings, then food can only go so far towards solving the problem. Diet can affect mood to a certain degree – some important nutrients in general for mood and mental health are..

It sounds really bizarre, but good mental health also does depend on your gut, and gut problems are strongly associated with mood problems. PMDD in particular is very strongly linked to serotonin problems, and serotonin is primarily located in the gut, not the brain. But the problem with all the above is that nobody has actually tested them to see (a) if they address premenstrual mood specifically, and (b) how much is necessary to get an effect.

As for the studies we do have…

Most of the research is still on pharmaceutical drugs like antidepressants, not on diet and lifestyle changes. But many women do find that their menstrual symptoms get a lot more manageable on Paleo, whether it’s the B vitamins, the gut health, some other nutrient, or something else.

And even if the cravings don’t go away, chocolate minus all the junk it usually comes with is far from the worst thing you could be eating. High-quality chocolate can definitely be part of a Paleo diet, and you can find some Paleo-friendly treat recipes right here.