In 2015, a paper published in the Annals of Internal Medicine found a paradox: in people with a lot of fat around their organs (visceral fat), people with a normal BMI were much more likely to die of heart disease than obese people. Everyone agrees that visceral fat is bad news, but why would it be so much deadlier in thin people?

To answer that, let’s back up a little. There are two major types of fat in the human body:

Visceral fat is the real bad guy here. Almost all of the “dangers of obesity” (diabetes, heart disease, cancer, early death…) are really dangers of visceral fat – which is important to know because we usually assume that obesity is visually obvious, but visceral fat isn’t always visible from the outside. It’s common for people to look thin and have a normal BMI but have high visceral fat (with all the accompanying health problems). But that’s a different issue and you can read all about it here . The point of this article is that subcutaneous fat might actually be protective against the dangerous of visceral fat.

Just to stave off criticism from the start, this isn’t necessarily an argument against weight loss. But it is an argument for strategic weight loss. Specifically, it’s an argument for targeting visceral fat – not only because it’s a health risk, but also because it actually encourages the growth of subcutaneous fat (which is the visible fat most people ultimately want to lose to look better naked). It’s all about working smarter, not harder, and an approach based more around hormone health than calorie-counting.

But hold that thought for a few paragraphs. Let’s back up and take a look at the studies.

In People with High Visceral Fat, Subcutaneous Fat is Associated with Better Health

We’ll start with the weakest evidence: association. Association doesn’t prove causation, but it can be suggestive and interesting. And the association evidence suggests that subcutaneous fat is protective against the dangers of visceral fat.

“SFA was significantly and inversely associated with [calcium in the arteries], in an independent fashion. These results suggest that subcutaneous fat accumulation might have a protective role against atherosclerosis in asymptomatic subjects.”

This study studied four groups of patients and measured their cardiovascular health.

Again, the subcutaneous fat seemed to be protecting people against the problems caused by visceral fat.

In this study, researchers overfed mice to increase their fat stores. Then for some of the mice, they removed fat their inguinal fat depots (a subcutaneous fat deposit in their lower body). The mice with their subcutaneous fat removed had lower glucose tolerance, higher insulin resistance, and more triglyceride accumulation in their muscles. The researchers suggested that “lower body subcutaneous adipose tissue can function as a “metabolic sink,” protecting the mice from diabetes. Remove that fat, and the mice are really in trouble.

This study is also pretty amazing. Mice were fed a junk food diet (basically mouse McDonald’s) and then given a transplant of either visceral fat or subcutaneous fat. A subcutaneous fat transplant prevented them from accumulating triglycerides in their liver and reversed the glucose intolerance caused by their junk-food diet. It also reduced levels of inflammatory cytokines. Basically, the subcutaneous fat made them much healthier. On the other hand, the poor mice who got the visceral fat did worse on all those measures.

Here’s a repeat but in rats. These researchers actually tested both a high-fat and a high-carb diet for making the poor rats obese, and the subcutaneous fat transplant worked in both cases, protecting the rats from the consequences of their weight gain and horrible diet.

How Does That Work? 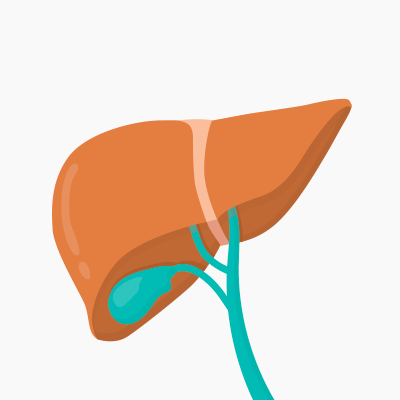 “Just say no to visceral fat!” — your liver

What That Means for Fat Loss

These studies suggest a strategy for fat loss: focusing specifically on visceral fat. If you care at all about improving your health, then visceral fat should be Public Enemy #1 – subcutaneous fat is much less of a health concern, if it’s even a concern at all.

A quick look at some ways to reduce visceral fat:

More details and references for all of the above are here. Visceral fat growth is a problem of the typical American diet, but it’s a perfect illustration of why diet quality matters just as much as diet quantity. Excess calories might be inevitably stored as fat, but it really does matter for your health whether that fat is visceral or subcutaneous, and that’s very much a hormonal issue.

The answer to visceral fat is to diet smarter, not harder. That’s why Paleo is all about the hormonal effects of foods on your body and finding diet patterns that maximize metabolic health. All of this is just one more reason to look beyond calorie-counting and find a more strategic, specific plan for targeted fat loss.