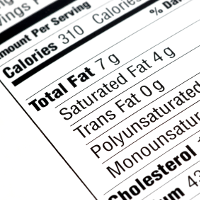 Most low-carb Paleo meals involve a plate at least half-full of vegetables, which tends cut down on the concern about nutrient deficiency. But cutting so many foods from a “normal” diet does inevitably lead to concerns – even if the foods you’re eliminating are mostly variations on “processed wheat, corn, soy and rice” and not actually very varied, nutritionally speaking.

It’s very possible to eat a nutrient-poor low-carb diet – if the only rule is “not a lot of carbs,” it’s easy to come up with some meals severely lacking in nutritional value. And successful weight loss doesn’t indicate that a diet is nutritionally adequate. Of course, that’s not how Paleo low-carb or keto diets work – the idea is to stick within a low carb count, while filling up your plate with tons of fresh vegetables and eating lots of nutrient-dense foods like avocados and eggs. But is there still a risk of being deficient in anything?

This study reviewed subjects’ micronutrient intakes on low-carb diets (4-34% of calories from carbs). None of the studies reported any subjects developing a nutrient deficiency on a low-carb diet. However, the review found that subjects on low-carb diets generally did eat less of several different nutrients: thiamin, folate, magnesium, calcium, iron, and iodine. Let’s break that down and go over them in a bit more detail:

Thiamin and folate get grouped together because they’re both B vitamins (B1 and B9, respectively). One main source of thiamin in the typical American diet is fortified grains (it’s naturally present in whole grains, but refining the grains removes the thiamin, and since people won’t stop eating refined grains, a lot of white rice and refine grain products are now fortified with thiamin). But you can also get plenty of thiamin from meat and animal foods. For example, 1 pork chop has nearly three times as much thiamine as a cup of brown rice (about 1 mg vs. about 0.36 mg).

As for folate, this is the one everyone knows as the vitamin for pregnant women, because it’s critical for forming a baby’s brain and spinal cord. Some people likely eat less folate when they switch to low-carb or Paleo because beans and peanuts are two big folate sources that suddenly get axed. But other good food sources of folate include leafy greens and other nuts.

Magnesium is a mineral – among many other uses, it’s essential for muscle function and avoiding cramping. That last is particularly key for keto, where muscle cramping tends to be a concern. But there are tons of good Paleo sources of magnesium – spinach, nuts, avocados, and even white potatoes are all full of it. There are also magnesium supplements to consider, for those who choose to go that route. 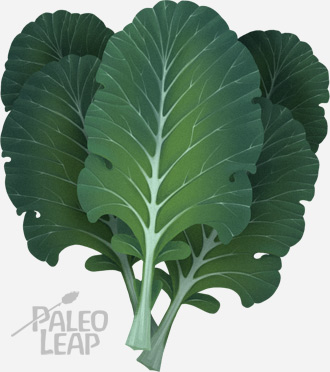 Collard greens are a great source of calcium.

Calcium isn’t just about bones, and bones aren’t just about calcium (Vitamin D, magnesium, and protein are all just as critical to building strong, resilient bones). But it’s true that if you stop eating carb-rich dairy foods (low-fat yogurt, especially the kinds with fruit or granola mixed in; milk; kefir), you’re cutting out a lot of calcium. Two options to mix and match for keto or low-carb diets:

Iron deficiency is actually one of the most common nutrient deficiencies around, regardless of diet. It’s particularly common in women. Signs of iron deficiency or insufficiency include fatigue and brain fog.

Getting enough iron shouldn’t be an issue on a Paleo version of low-carb or keto – that’s what all the animal food is there for! Animal foods also provide a form of iron called heme iron, which is easier to absorb than the non-heme iron in spinach and other plant foods. If this is really a concern, eat liver – 3 ounces of beef liver provide about 5 mg of iron, which is about 62% of the RDA for adult men and about 28% for adult women (women need more iron because they lose blood regularly from menstruating). Other great sources include oysters, any kind of red meat, sardines, spinach, and potatoes.

More importantly, a gut-healing diet like Paleo helps improve iron absorption in the intestine, so you can actually get the benefit of what you’re eating. It’s possible that people’s iron consumption goes down on paper after starting a low-carb diet because they’re not eating ultra-fortified breakfast cereal all the time, but there’s really nothing to worry much about here.

There’s more about iodine here and here, but the short version is that it’s a mineral naturally found in varying quantities in vegetables, depending on where they were grown. Iodine deficiency can be devastating, so during the 20th century, many countries started putting iodine in salt to make sure everyone got enough, no matter where they lived. The simplest way to get enough iodine is to just cook with iodized salt. (If you don’t know what type of salt you eat because you just pull a box off the shelf in the store, you’re eating iodized salt. To get non-iodized salt, you typically have to make a special effort and pay a lot of money for fancy sea salt.)

People who switch to a low-carb diet, stop eating iodine-enriched grains, start using non-iodized sea salt, and stop eating vegetables probably get a lot less iodine for that reason. Dairy products are also a major source of iodine in the American diet, so going Paleo may also reduce iodine intake if you also go dairy-free. Here’s a pair of quick guidelines:

Either way, any potential iodine insufficiency should be headed off at the pass.

On a “normal” diet, it definitely looks like there’s a lot of variety. But if you think nutritionally, a huge amount of that variety is actually just variations on wheat, corn, soy, and rice. On a low-carb or keto diet, the rules might seem restrictive at first because you’re cutting out a lot of different names for “processed wheat/corn/soy/rice.” But the actual nutritional variety in people’s diets often increases, because they start eating different varieties of vegetables.

That’s the real key to a nutritionally complete low-carb diet. Restricting carbs is a means to an end, not a goal in itself. If you can “spend” some carbs on leafy greens or other nutrient-dense plant foods and still stay in ketosis (or hit whatever other goals you may have), spend those carbs! Fill your plate with as many nutritionally powerful foods as your carb budget can allow for! Supplements are fine when necessary, but the ideal solution is to get nutrition from whole foods.