So, you’re eating Paleo. No grains, no sugar, no junk-food industrial oil; lots of animal protein, vegetables, and healthy fats. Got it.

If you’ve been on the Paleo train for a month or less, stop right here – let yourself get used to the basics before you start adding all kinds of extras. But if you’re a little more experienced, here’s how to make an already-good Paleo diet even better with 5 foods that too many people neglect. (If you’re already eating them all, then congratulations: you’re a Paleo pro!)

Bone-in fish is a category including some kinds of canned salmon (check the can to see whether it includes the bones), sardines, and other small canned fish.

Why it’s neglected: it’s not as popular or flashy as luxury seafood like salmon steaks, and it’s not as cheap as canned tuna, so it occupies a weird middle ground.

Why it’s great: bone-in fish is a fantastic source of highly bioavailable calcium, not to mention protein, anti-inflammatory Omega-3 fats, Vitamin D, iodine, and other minerals (specifics depend on the type of fish). Since small fish are lower on the food chain, they have less opportunity to accumulate any persistent organic pollutants or other bad stuff that might have been floating around in the ocean where they lived.

How to eat it: on top of salad, or try this sardine and roasted garlic spread.

Why it’s neglected: lard used to be the standard cooking fat, but in the early 20th century, the marketing team behind Crisco convinced us to stop using it. Now it’s “weird,” so nobody uses it because nobody else uses it, and we’re all missing out.

Why it’s great: animal fat adds a whole new depth of flavor to your food : if you’ve never had anything roasted in duck fat…well, there’s a reason why lines are out the door for restaurants that cook their fries in duck fat. It’s good for you, and it’s super cheap. Many butchers and farmers will sell raw fat for a few dollars per pound or even give it away; render it yourself into a delicious Paleo treat.

How to eat it: use it as a cooking fat, just like you’d use butter or coconut oil.

Why they’re neglected: Dairy is a gray area on Paleo and many people don’t tolerate it. The vegetables are seen as weird or out-there, and it’s hard to find the real probiotic varieties since many grocery stores only sell pasteurized versions for convenience.

Why they’re great: fermented foods are delicious once you get to know them, and very good for your gut.

How to eat them: Make your own, or use this post to help you find the good stuff in the grocery store.

Organ meats include liver, heart, and any other parts of the animal that aren’t muscles.

Why they’re neglected: if you don’t know how to prepare them properly, the taste can be off-putting; they’re seen as “weird” (are you noticing a pattern here?) and can be hard to get hold of.

Why they’re great: organ meats pack a whole lot of nutrition into a very cheap package. Prepared properly, they aren’t gross – in fact, there are all kinds of ways to slip them into other recipes so you barely know they’re there.

How to eat them: If you’re new, a good starting point is heart or giblets. 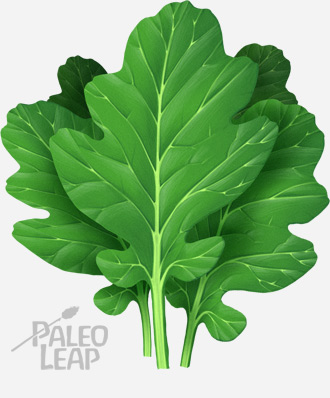 Why they’re neglected: this one is pretty baffling. They’re cheap; they’re widely available; they’re very easy to prepare; they don’t have a terribly strong taste…and yet all the others are consistently ignored in favor of spinach and kale.

Why they’re great: nutrition like kale, but much cheaper. They have the same “good stuff,” and sometimes more of it, and you can cook them in basically the same ways. The only difference is that they’re not as “famous” as kale, so they’re less popular, so they’re cheaper.

How to eat them: pan-fry with cooking fat, garlic, salt, and pepper.