If you spend any time trying to hunt down a diagnosis for mystery symptoms on alternative health websites, you’re likely to come across a diagnosis of “candida,” “candidiasis,” or “candida overgrowth.” You can find personal stories everywhere about people who suffered from mysterious symptoms for years and finally cured themselves by following a strict Candida diet. This is a very hotly debated topic, though, and it’s one of the alternative health claims that mainstream doctors love to criticize as completely unfounded. Is there really any truth behind it, or is it all just a bunch of quack medicine?

Candida is a type of yeast including several species; the most common is Candida albicans. Candida normally populates the gut, skin, and mucus membranes of even perfectly healthy people, so just having Candida in your body doesn’t mean anything. The problem is an overgrowth of Candida, known as “candidiasis.” This is often accompanied by other imbalances in the body’s complement of gut flora and other friendly bacteria.

Candidiasis is a very confusing condition because it means at least two different things, depending on who’s talking about it:

This terminology overlap makes it very difficult to separate fact from fiction, or even properly understand what the problem is.

Mainstream doctors definitely recognize some kinds of chronic Candida overgrowth problems: the ones that represent as repeated cases of recognized Candida-related diseases. A look at these recognized conditions can help identify some of the factors that might play into the more debatable claims about subclinical Candida overgrowth.

Interestingly, most mainstream-accepted Candida problems occur in patients who are already sick. They’re strongly associated with underlying immune dysfunction – most famously, patients with HIV/AIDS often suffer from thrush. Patients on chemotherapy or other immunosuppressive treatments are also at much higher risk.

Another huge risk factor is antibiotics, especially repeated courses of broad-spectrum antibiotics. Steroid drugs can also contribute, especially when combined with antibiotics. Other studies link rising rates of Candida infection to increased rates of invasive surgical procedures and other treatments like catheters, which give the bacteria the chance to migrate to new colonization sites.

One of the most common recurring Candida infections is vulvovaginal candidiasis (VVC), commonly known as a yeast infection. A 2013 survey of the United States and 6 European countries found that around 30-50% of women had been diagnosed with a yeast infection at one point, and that after the initial diagnosis, recurrence was common. Overall, 9% of the total population reported having 4 or more yeast infections in a year.

As well as the immune dysfunction and antibiotic use associated with all kinds of Candida infections, diabetes and pregnancy are both risk factors for recurrent VVC, but the reason why it develops isn’t clear. Some doctors have speculated that a Candida infection in the gut forms a “reservoir” for the bacteria, but more recent studies have suggested otherwise. As well as the other risk factors, genetics may also play a role, with certain genes making a woman more susceptible to recurrence. But doctors still haven’t been able to pinpoint one cause –  in fact, many clinicians even recommend complementary and alternative therapies to their patients, because conventional medicine doesn’t have an effective treatment for recurring yeast infections yet.

Alternative Medicine and “candida:” Nothing but Woo?

In contrast to the clear-cut disorders above, many alternative medical providers frequently diagnose patients with “candida hypersensitivity syndrome,” “chronic candidiasis,” or simply “candida.” The claim is that even in the absence of obvious symptoms, Candida overgrowth can cause all kinds of problems from chronic fatigue syndrome to headaches, to indigestion to cancer.

There are two huge problems with this diagnosis. First, the symptoms are so common (who hasn’t had a headache at some point?) and so vague (fatigue, nausea, dizziness) that they don’t present any distinct or identifiable pattern that couldn’t be explained by something else. A lot of conditions supposedly caused by Candida have so many contributing factors that they don’t clearly point to any one cause – IBS is a perfect example of this. A list of Candida symptoms reads almost like the newspaper horoscopes that are designed to be so vague that everyone can find something applicable and think it’s written just for them.

The second problem is that there is no conclusive diagnostic test. Candida is a normal resident of the gut, so just testing the stool for Candida proves nothing. Infection may provoke a kind of “immune tolerance,” (when the immune system fails to actually attack the pathogen) making it impossible to diagnose using antibody counts. It seems all too easy for unscrupulous doctors to diagnose a patient with “candida” without any means to prove them right or wrong.

Adding to the evidence against chronic Candida infection in the gut is a controlled clinical trial with nystatin, an antifungal drug commonly recommended for self-treatment for Candida. The study failed to find any significant difference between the drug itself and a placebo.

The evidence against Candida as a serious problem, in other words, is fairly strong. But considering the number of patients who report incredible success from treating a chronic Candida infection, it’s worth investigating to see if there’s truth behind the claims. So what about the evidence for it? First of all, there is some evidence that Candida in the gut can spread to other parts of the body

None of this is particularly conclusive, but it suggests that recurring Candida infections might have something to do with a more systemic problem in other parts of the body. It seems to fill in the missing evidence in the chronic VVC puzzle. There’s also some evidence that Candida in the GI tract can cause issues: in animal studies, gastrointestinal Candida infection exacerbated food allergies (in mice), and caused diarrhea (in rats). Human beings aren’t rats or mice, but the findings are interesting all the same.

Perhaps the most relevant studies are the ones that show how Candida interacts with commensal and pathogenic bacteria in all kinds of infections, from the classic yeast infections to completely different conditions like gingivitis and other periodontal diseases. In other words, it’s not just the Candida that changes; it’s more an overall change in the entire ecology of the area, and Candida is one part of that.

The interaction of Candida with bacteria may suggest an answer to the mystery: it’s possible that so-called “candida” is really indicative of overall poor gut health, not any particular problem specific to the Candida itself. The intestinal microbiome is a delicate balancing act between all kinds of commensal species – Candida is one of those, and is naturally kept in check by the other gut flora. If the Candida is growing too rapidly, it’s a sign that all the other species of bacteria in the gut are likely also disturbed, and gut flora dysfunction in general is a well-known contributor to all kinds of problems, even in conventional medicine.

This is a much more plausible diagnosis for a disease that seems to cover almost anyone presenting with any case of “failure to thrive.” Poor gut health affects your whole body, from your brain to your skin. It can contribute to malnourishment even in well-fed people (if your gut isn’t absorbing the nutrients), and can easily cause a vague constellation of symptoms that don’t appear to be connected to each other or anything else. The idea of “candida” as just one part of an overall unhealthy gut is supported by the fact that most of the risk factors for chronic thrush or yeast infections (broad-spectrum antibiotics, diabetes, and compromised immunity) are associated with gut dysbiosis. The interaction between Candida and bacteria in all kinds of infections is another clue. In other words, the Candida infections that we can measure accurately are linked to changes in the body’s bacterial ecology. “Candida” might just be a diagnosis of overall gut dysfunction.

This isn’t to say that it’s not a serious problem – gut flora dysbiosis is incredibly harmful, and very common. In the modern world, it’s likely that almost everyone has at least some gut flora dysfunction. Ignoring all other causes, the incredible overuse of antibiotics alone (not only in the doctor’s office – 80% of antibiotics are fed to livestock for human consumption, and plenty of those end up in our food and water supply) would be enough to take a heavy toll at the population level. So it’s no surprise that everyone seems to be suffering from “candida symptoms.” 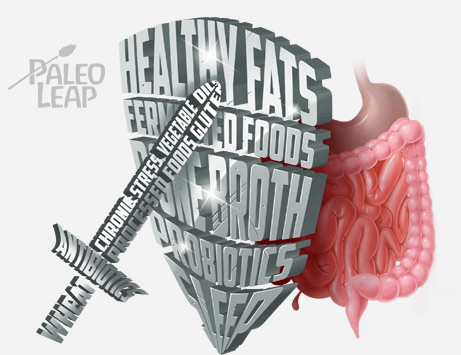 Candida overgrowth in the form of thrush or a yeast infection is definitely a problem. Subclinical overgrowth in the small intestine (the alternative medicine diagnosis of “candida”) is a much murkier situation entirely, mostly because it’s an incredibly nebulous list of symptoms and impossible to diagnose specifically. Overall gut flora dysfunction might be the link between the mainstream and alternative diagnoses – it’s more likely that “candida” symptoms are caused by gut problems in general.

Some of the people who self-diagnose with candida are very, very sick. Healing your gut is incredibly important in that situation, but make sure you’re going about it in a reasonable way. If you’re experiencing a dangerous degree of weight loss or another serious problem, it’s very likely that you have a gut flora imbalance that a doctor can actually diagnose – try asking for a stool test (or get one online) to give yourself some more information. And if you have cancer, a severe immunodeficiency, or another serious disease, don’t be trapped by ridiculous claims that “cancer is a fungus” (as some “candida” specialists actually believe).

Even if you identify with the milder end of the “candida symptoms” scale, these just aren’t symptoms that you can pin down to any one problem. You might also have any other kind of gut flora problem, chronic infection, low-level allergy, or food intolerance. You might be chronically tired or stressed. Trying some home remedies isn’t likely to do much harm, but a better strategy might be to heal your gut on a more general level. Focusing just on Candida might actually be counterproductive, if your problem is actually a bacterial overgrowth like SIBO, or a different kind of problem affecting the gut flora. Especially if you’re new to Paleo, first try giving your body everything it needs to see how many of the vague “candida symptoms” are actually caused by overall gut dysbiosis, nutrient deficiencies, or food toxins, and stay very skeptical when you try to evaluate miraculous claims about any particular food or supplement.