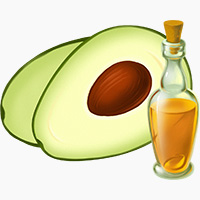 Way too many explanations of Paleo and keto diets are jam-packed with:

If all that makes your eyes glaze over, you’re not alone. If you’re starting a new diet, this is way too much info to take in all at once! It’s also not actually necessary to get your feet on the ground and get going.

Instead of diving into the information overload right up front, what about starting with a description of the foods you’ll actually eat (aka what your dinner plate looks like, which is something anyone can wrap their mind around in one setting) and filling in the nutritional details later, with enough time to actually digest each concept before moving on to the next.

In that spirit, here’s a very beginner-friendly approach to that endless question, “how much fat should I eat?” Everything is explained in terms of foods and meals, not just grams and ratios. The numbers are here, but they’re optional reading – the goal is to offer simple guidelines for humans who eat foods at mealtimes.

It’s important to get enough fat – that’s especially true on keto, but even if you’re doing regular, non-keto Paleo, getting enough fat is key to keeping your energy levels up, maintaining healthy sex hormone levels, good mental health, and so many other things. We still live in a world where fat is often demonized, so it bears repeating: fat isn’t bad, it doesn’t make you fat, and it’s nothing to be cared of.

On the other hand, Paleo isn’t about eating a ton of fat just for the sake of eating fat. Even on keto, there’s no point scarfing down tons of fat for the sake of getting more fat. The magic of keto is in the low total carb count, not in drinking gallons of coconut oil.

Most people are pretty fuzzy on what kinds of fat are in which foods, and on which foods have “bad fat.” For example, ask anyone what kind of fat is in red meat and ten to one they’ll say “saturated.” But most red meat has as much monounsaturated fat (the same kind as in olive oil and avocados) as saturated. Most people also carry around a vague idea that saturated fat is “bad” because it causes heart disease, but research shows that it actually doesn’t and from a Paleo perspective it’s a perfectly fine thing to eat. The point here is: don’t necessarily trust your pre-Paleo instincts on “good” fat sources.

For a Paleo or keto diet, a good fat source is:

*Unless the plant is soy or peanut. Soy and peanuts aren’t Paleo so they aren’t good sources of Paleo fat.

Fats to avoid include:

Just like people’s gut instincts about good fat sources can be wrong, their instincts about which foods are high in fat can also be way off. For example, many people think of potato chips as a really carb-y food (“potato” is right there in the name!) – but 1.5 ounces of potato chips have more fat than a tablespoon of oil. Most foods are a mix of protein, carbs, and fat and it’s to snap-judge what’s high in fat and what isn’t. So here’s a guide to choosing foods that will get you an appropriate fat intake on Paleo or keto.

For non-keto Paleo: eat whole foods rich in fat at every meal – foods like egg yolks, avocados, and dark meat. Use cooking oil to taste – don’t avoid it, but don’t make any special effort to drown your food in olive oil. Just use whatever you need to cook with. Don’t use weird 0-calorie fat-free cooking sprays, powdered nut butter, reduced-fat processed foods, or other tricks to reduce the fat content of your meals.

For keto: make a special effort to eat fat-rich foods and make sure you have at least 2 good fat sources at every meal (a “fat source” is a serving of fatty meat, cooking oil, or another fatty food). If you’re hungry after meals, add more fat. If your meals feel greasy and disgusting, substitute cheese, avocado, or nuts for oils and fatty meats.

For the macro counters, that all adds up to:

This would be a pretty high-protein meal for keto – if you’re really doing low-protein, super high-fat keto, maybe have a bit less salmon and throw in the whole avocado instead of just the half.

Nerding out about grams of monounsaturated or polyunsaturated fat is fun for a few of us, but most people who just want to eat a healthy Paleo or keto diet don’t need to worry all that much about it, especially at first. Guidelines for foods and meals are easier to wrap your head around and follow: